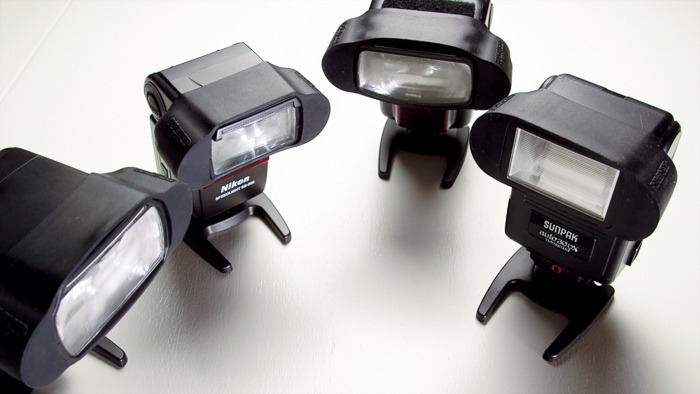 Fed up of holding your light modifiers together with Velcro, tape and elastic bands? Here’s a more attractive idea: magnets. The Magmod is a system of modular speedlight accessories that dispenses with fiddly straps or adhesives.

The scheme was first mooted two weeks ago as a Kickstarter project and already well surpassed its funding target. Its creator calls it the “simplest, easiest, strongest, fastest, and sexiest speedlite modifier system for Canon + Nikon hot-shoe flashes”. 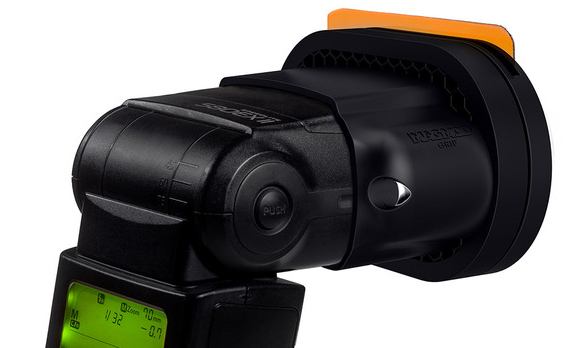 Since hotshoe flashes, unlike professional studio lights, aren’t really designed to be used with light modifiers, all kinds of DIY and off-the-shelf solutions have been devised to help photographers take control of the light they produce, but this is one of the most elegant we’ve seen.

Using a universal mount that stretches over your flash head, you can quickly attach, detach and stack honeycomb grids and gel holders thanks to the Magmods’ built-in rare earth magnets.

So far the modules include a 40Â° grid-spot, a filter holder and a mystery accessory yet to be revealed. One of the funding stretch goals (which has been met) is a “transmitter band” to attach wired radio receivers to the side of the flash.

The project, by Arizona-based photographer Spencer Boerup, finishes on 2nd December. Having had a funding target of $35,000, it quickly reached well beyond that, with over $150,000 raised at the time of writing. Delivery is expected in early February 2013.

Update: Spencer Boerup told Lighting Rumours: “This is definitely not just a one-off product for Kickstarter, but will be available afterwards globally. Â We have backers in over 40 countries at the moment, and are carefully considering the next steps for distribution to the global community of photographers.”

“At the moment we cannot reveal what we have planned (for fear of copy-cats), but suffice to say… we think you and the community will be very excited to hear what we are working on,” he added. “There are over 8 designs in prototyping stages, some closer than others. Â We will be announcing these products in the 1st quarter next year, with others to follow suit shortly afterwards. Â It’ll be an exciting time for sure.”

Pledge $55 for a bare-bones kit including a mount and grid, or spend $79 to get the filter holder as well. Visit the Kickstarter page for more information.

Does this idea attract or repel you? Leave a comment below.