Magneflash has introducedÂ the A-Lux V2000 Video Mono and A-Lux V2000 Videoplus, a pair of weather-sealed LED monolights designed for photography and video “anywhere, and with any camera” including smartphones.

As a company MagneflashÂ continues to be unique, with lights that are not quite like anything else. They are still made in the United Kingdom. And haveÂ Comic Sans everywhere, because why not.Â According to the manufacturer, the V2000 has “very high” colour rendering index (CRI) and a brightness of 2,000 lumens with “colour-balanced” 5600K colour temperature. The technology that emits the photons is described as miniature, “super-efficient” multi-LED arrays, designed and built by Magneflash.

The V2000 series are based on the same form factor as the Magneflash A-Lux flash heads, which were themselves designed for simplicity. This time the controls are even easier: the V2000 has a 6-position dimmer and a power switch and that’s it. The Videoplus adds a colour temperature dial, with adjustment from 5500K to 3500K to match the ambient lightingÂ or just give a warmer look.

The A-Lux V2000 natively runs on 12V DC power. A mains adapter is included but you can also power it from Magneflash’s lightweight Li-ion batteries, allowing you to take the MonoÂ out on location and outdoors, handheld or on a stand. The rubberised casing is sealed against moisture. Light-shaping accessories include a set of barndoors and a Bowens S-mountÂ adapter to fit metal reflectors. It is claimed that with such a 60-degree reflector, the light output from the A-Lux Video Monos is three times that of an LED panel of similar wattage. 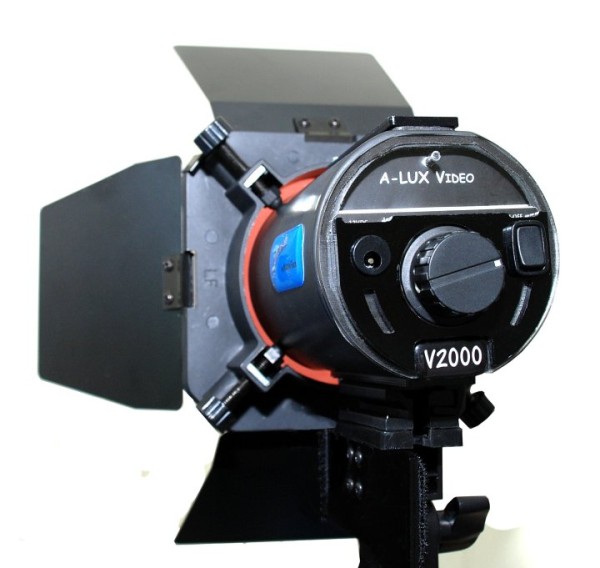 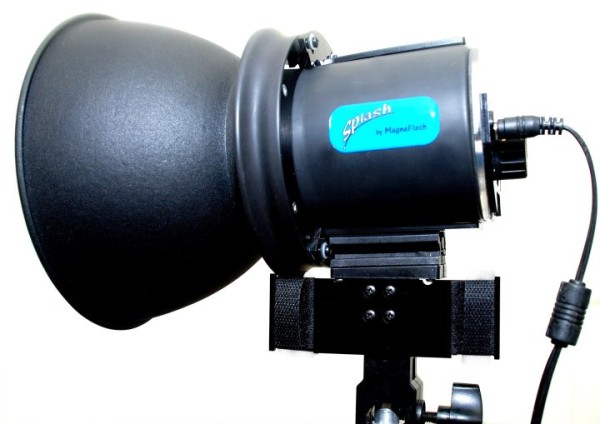 Despite being made in Britain, the Magneflash A-Lux lamps are a fraction of the price ofÂ other S-fit video lamps. It is just Â£69 (about US$105) for the V2000 Video Mono, or Â£85 ($130) for the Videoplus with colour temperature control. AC adapters are included, butÂ for portable power,Â battery packs start at Â£25. The barndoors set is Â£18 and the S-fit adapter is Â£16. Everything isÂ available to order now from the Magneflash web site or via eBay.