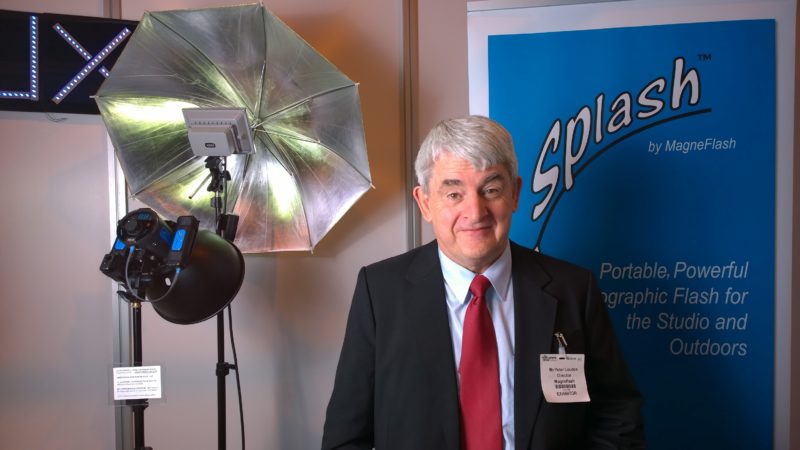 At last week’s Photography Show in Birmingham we had an opportunity for a quick chat with Peter Louden, director of Magneflash, the home-grown British lighting manufacturer.

Recently the company introduced its newest series of flashes, the A-Lux Monos series, which build on past models of portable off-camera lighting. The A-Lux heads are portable, battery-powered, splash-proof flash heads designed for location lighting.

You may never have heard of Magneflash before, but it has a firm foothold in some unexpected areas. “Go to Finland and get arrested,” Mr Louden suggests. The same technology is the only kind approved by that country’s government for security purposes, he claims, and is used for their police facial recognition systems. So you may very well find it illuminating your mugshot.

Louden, formerly of Bowens and Calumet, has developed the Magneflash line of photography lights for the aspiring “prosumer” or entry-level professional. Primarily designed for simplicity, it nonetheless has one or two clever features that could give more conventional flash heads a run for their money.

One of them is HSSS, or high-speed slave sync, which lets the studio flash fire in synchronisation with any TTL speedlight using its proprietary high-speed sync function. The action-freezing flash durations are down to the unique way in which Magneflashes work, using multiple flash tubes.

The other is a clever “Auto” mode, which, on seeing a TTL flashgun go off, is so quick that it “creates its own pre-flash”, tricking the metering system so that the “camera sees it as ambient”. The A-Lux does not alter its power output, instead tricking the camera into reducing its own sensitivity or flash output so you get an even exposure.

This feature works better with full-blown DSLRs or premium compact cameras, but as we found out at The Photography Show, also syncs seamlessly with smartphones too â€” provided you have a Nokia Lumia 1020 like mine. Without having to flag or redirect the built-in flash in any way, we took the following photograph, first try, using an A-Lux M302H in an umbrella to the left. Notice how the built-in flash squelches itself to make very little contribution, as it sees an already well-lit “ambient” scene in an otherwise gloomy NEC thanks to the A-Lux. 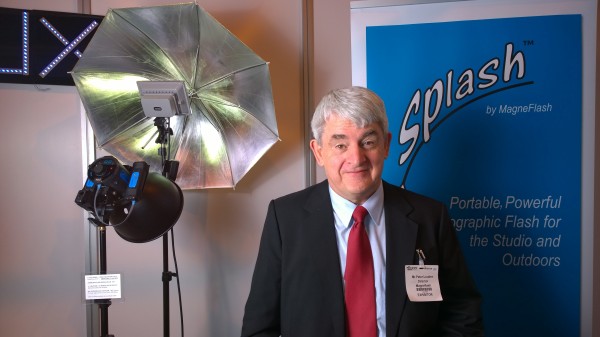 There are a number of different models in the A-Lux Monos lineup, including the M202S, M252, M302 and M302E. The “M” stands for Mono, the first two digits represent the guide number, the third digit is the model number (i.e. “version 2”) and in the case of the M302E the “E” denotes the HSSS capability. A pricier, but more powerful M402 model is coming soon. None of the existing series have modelling lamps built-in, but some very similar models are on the way with LED modelling lamps, due about 5 weeks from now, I am told.

Some 60% of the components in all Magneflashes are made in the UK â€” something that can’t be said about most other brands on the market. Rather than coming out of the factories of Shenzhen, the casing and optical acrylic comes from far-flung places like “Surrey” and “Suffolk”. This might not be a reason in and of itself to invest but it’s nice to know. For now, it looks like one of the only studio lights for compact cameras comes from a small company in Blighty.

The Magneflash A-Lux Monos are on sale now from Â£59â€“Â£179, with optional Bowens S-fit adapters Â£35, available from magneflash.com. For more information, read our original article.