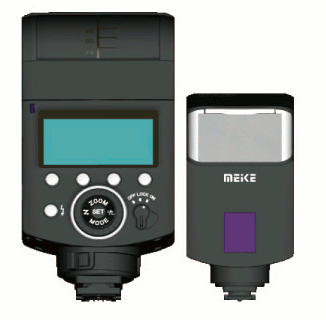 The MeiKe MK420 Speedlite, a future wireless TTL flash for Sony, has been announced.

The device, which is still in development, will have a built-in 2.4GHz radio transceiver, enablingÂ master and slave control and high-speed synchronisation at up to 1/8000 second with Sony cameras.

Users can opt between Li-ion battery packs or common AA batteries to power it. While AAs are easier to find, flashes powered by lithium batteries, such as the Godox Ving series, tend to have faster recycle times and last longer between charges. Having both options means you can use AAs as backups and don’t have to worry about your flash becoming a paperweight if a proprietary battery pack wereÂ discontinued.

The MK420 specs include a 2-Watt “assistive LED light”. As well asÂ providing conventional autofocus assist functionality, if it is like the MK320 then it mightÂ work as a modelling or video light too. 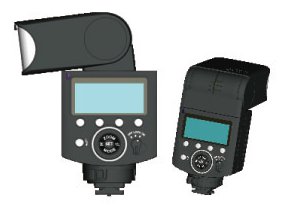 So far the company has only provided us with 3D renders of the MK420, but MeiKe tell us they “would launch it in the market formally” in two or three months’ time (i.e. summer 2016). TheyÂ may be testing the market’s response to the concept to determine the scale of production. While Sony may have announced its own TTL radio triggers, there is no sign ofÂ them making a lithium flash yet.

What do you think about the MeiKe MK420? Is this something you might consider buying? Share your thoughts in the comments below.