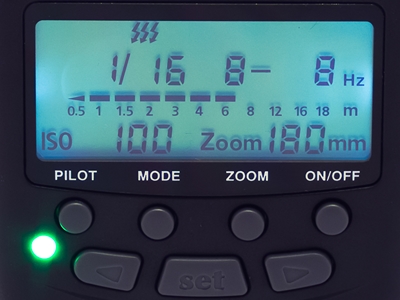 Though Yongnuo are probably the most well-known Chinese lighting manufacturer to emerge in recent years, there are other companies offering similar products to flash photographers on a budget. One of them is MeiKe, who have made a name for themselves in aftermarket battery grips for DSLR cameras. Now they are venturing into making speedlights for Nikon and Canon camera users. 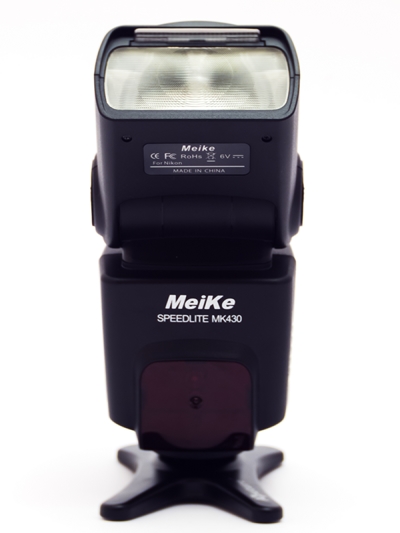 The manufacturer sent us a sample units of their MK-430 and MK-431 to test. Each one is identical except for the controls. The model name and shell are shamelessly copied from Canon’s 430EX II, but the MK-430 isn’t an exact clone. It has automated TTL function (with versions for both Nikon and Canon) as well as manual mode, but unlike the 430EX II it lacks an advanced wireless slave feature, replacing it instead with two simpler optical slave settings. There is also a stroboscopic mode, which Canon’s Speedlite doesn’t offer. 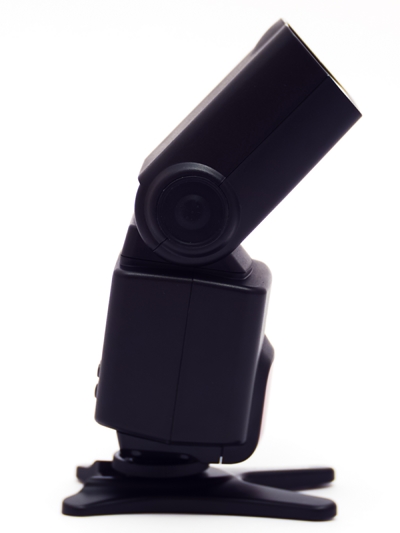 The specified guide number is 36 (at 105mm) which is lower than the Canon 430EX II’s 43 (at 105mm), though the MK-430 has 75mm of extra zoom to intensify the light. We meant to do a light meter test, but our comparison flash, the Nikon SB-600, died a death and is currently missing somewhere in the Royal Mail system between the repairers and our HQ. We’ll update this later. 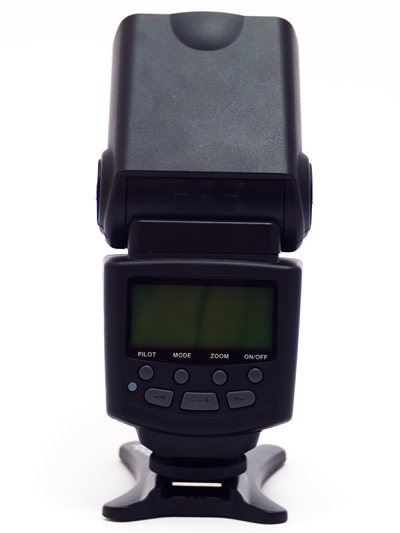 The controls on the MK-430 don’t really look anything like those on the Canon. The MK-431’s resemble those of a Nikon Speedlight SB-700. The LCD screen is backlit and everything is fairly intuitive. I haven’t had to dip into the instruction manual much at all. 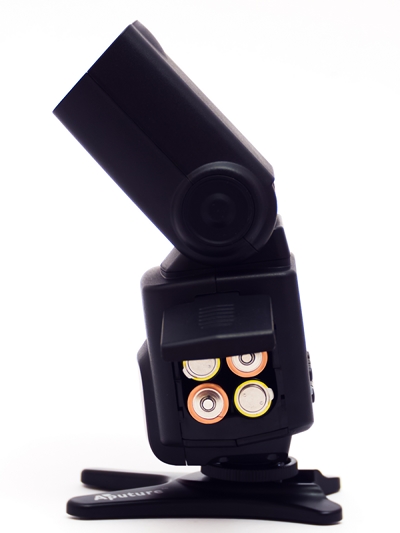 The battery compartment is unimpressive. The polarity markings aren’t very clear, and your AAs will rattle about until you close the door.

You may manually adjust the power from full down to 1/128 in 1/3 stop increments. A full power pop takes about 4-5 seconds to recycle, matching the manufacturer’s claimed speed. This isn’t quick, and there is no port for external power sources to shorten the recharge time.

In automatic (TTL) mode, you can adjust exposure compensation by up to three stops in 1/3 stop increments.

S1 mode is for use with studio flashes, or other speedlights which are in manual mode.

S2 mode ignores the pre-flashes given off by a master flash in TTL mode. We tested it with a Nikon Speedlight SB-700 in i-TTL mode and it synchronised perfectly. You’ll have less luck synchronising with an Advanced Wireless Lighting (AWL) Commander, however.

Stroboscopic (Multi) mode, indicated by three lightning bolts, allows you to set the number of flashes and frequency (in Hertz). It has some creative applications but you may simply never use it. 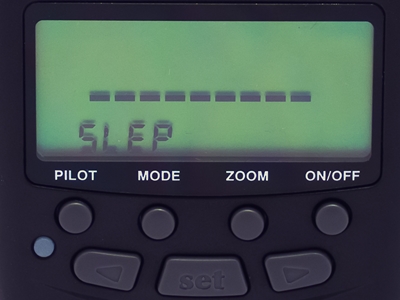 In sleep mode – activated after approximately 30 seconds – the backlight turns off and you get a delightful “Slep” screensaver until you wake MK-430 up by pressing a button on the flash or camera.

The autofocus assist lamp is a kind of weird laser array with lots of fine red dots in an interesting geometric pattern. In practice, it was a bit hit and miss – not quite as good as the lamp on a Nikon SB-600.

Here’s what Chris Rubey has to say about using the MeiKe MK-431 on location:

To be brief, I find the MK 431 to be relatively reliable in the sense that it works, and it gets the job done. Itâ€™s not the fanciest or advanced piece of lighting equipment but itâ€™s reasonably priced compared to more top of the line speedlites such as the SB-700.

I mainly used the MK 431 as a backup flash configured with triggers to create silhouette lighting effects in nightclubs and other venues. Primarily, I used it as a slave remote flash on S2 mode and didnâ€™t have too much trouble. The flash is quite bright as a backup so it left it at the lowest power setting, 1/128, so as to not blind performers and other club patrons. The TTL worked decently as well. I also used it in my hotshoe when my other speedlite ran out of batteries and basically, it performed just as well as it should have.

The functions are limited so itâ€™s fairly simple and easy to use. Although, the buttons and the menu display can be quite perplexing as the buttons donâ€™t work intuitively as you assume it would. Switching between modes and exposure levels can be a bit of a challenge in and of itself since the buttons donâ€™t always work properly and require a bit of finger strength to make it work. Perhaps I had a bit of a faulty one, but you canâ€™t ask for much can you?

The MeiKe MK-430 is an easy to use flashgun with decent features but a somewhat pedestrian spec sheet and lacking in some areas. The guide number is fairly weak (though we haven’t been able to compare this in practice yet) and the recycle speed is rather slow. It also lacks things like a sync port or an external battery input. Nonetheless, it has a nice feel, a clear display and could arguably compete with the Yongnuo YN-468 II which goes for a similar price. We couldn’t test long-term reliability, but if you experience issues with yours then let us know in the comments below.

If you would like further information, please visit the manufacturer’s web site.