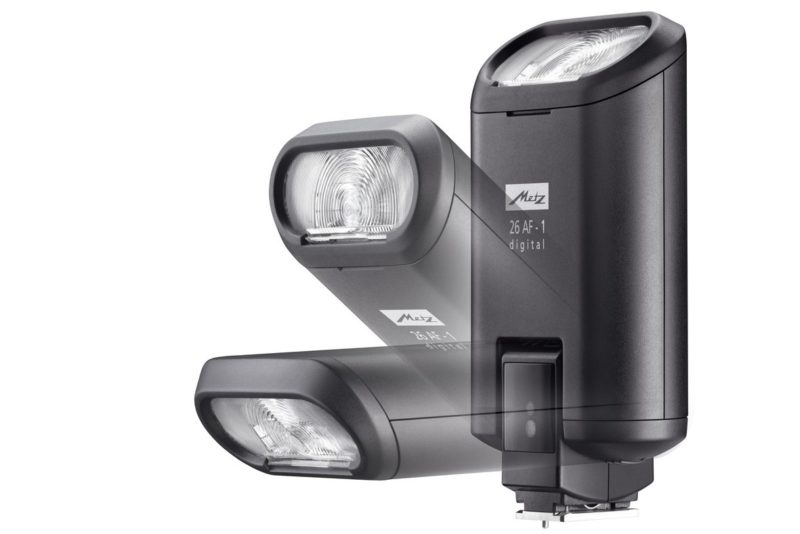 German flash maker Metz has introduced a new tilting flash, the Mecablitz 26 AF-1, aimed at compact systems and enthusiast point-and-shoot cameras. The light runs on two AAA batteries and has a guide number of 26 (Iso-100, 85mm). There is also a (minuscule) LED light for video.

This new product release doesn’t seem to be affected by the recent troubles affecting Metz, which called in the administrators late last year. 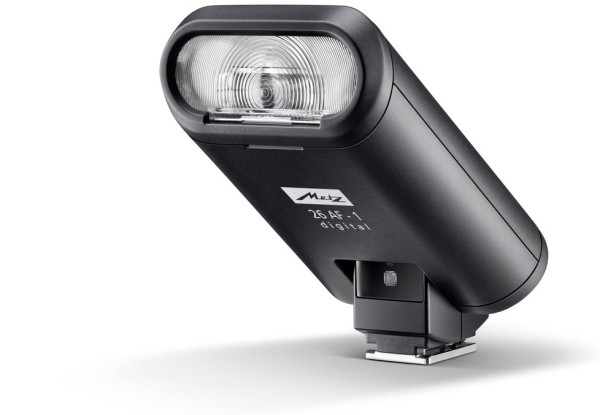 The 26 AF-1 will be available for almost every systemÂ you can think of: Canon, Nikon, Sony, Pentax, Samsung, Olympus, Panasonic, Leica and Fujifilm standards. All of theÂ various versions are set to appear between now and February 2015.

It is meant to compete with your camera’s built-in or bundled flash, so doesn’t offer every bell and whistle under the sun. You can switch between TTL, Slave and LED modes (the latter with two power levels) and make finer adjustments using the TTL flash control capabilities of your camera. 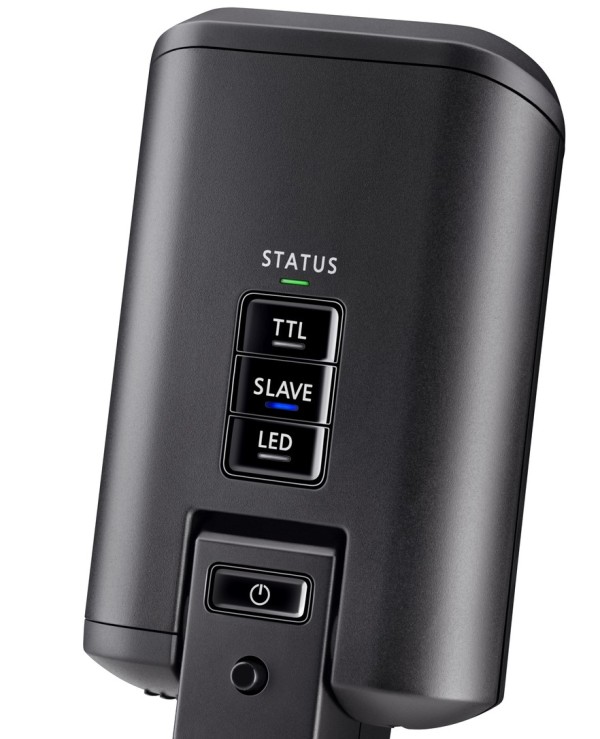 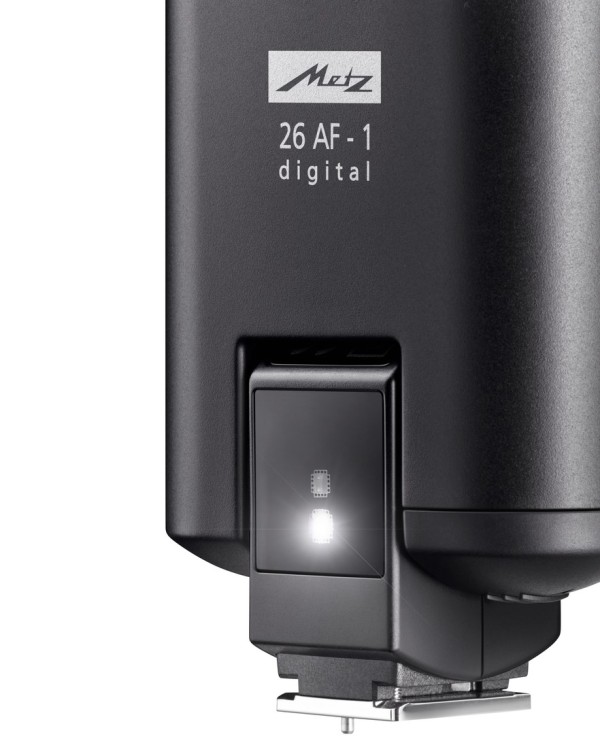 The main feature is the vertically-rotating head, allowing the flash to be bounced off ceilings for more flattering lighting. Most pop-up flashes will only give you the straight-on ‘deer in the headlights’ look unless you make a DIY reflector or bend it back. Thus the 26 AF-1 can dramatically improve the quality of flash photographs with small cameras. It can also function as an off-camera light: the slave mode is a TTL remote for every camera system except Fujifilm, which doesn’t have an advanced optical system like all the other brandsÂ do. 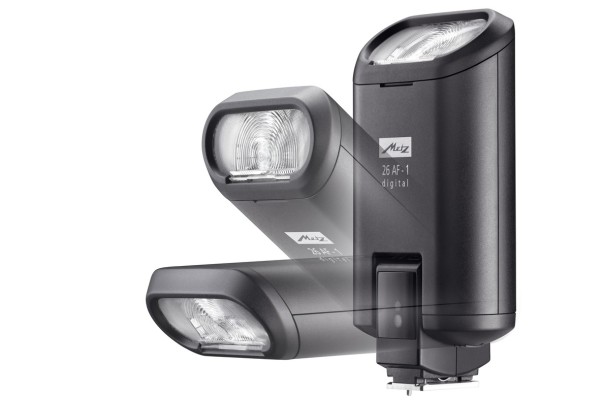 Also on the 26 AF-1 is a metal hotshoe foot and a micro-USB port for firmware updates. 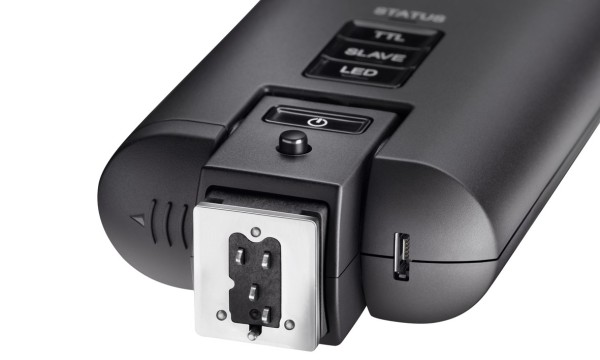 The Metz Mecablitz 26 AF-1 is being released this month and next for $129.99. Order yours now from Adorama or from B&H Photo (using these links helps support this site). For more information, visit www.metz.us

If the 26 AF-1 is a bit too stripped down for you, but you still want a flash for your small camera, have a look at our review of the Nissin i40.