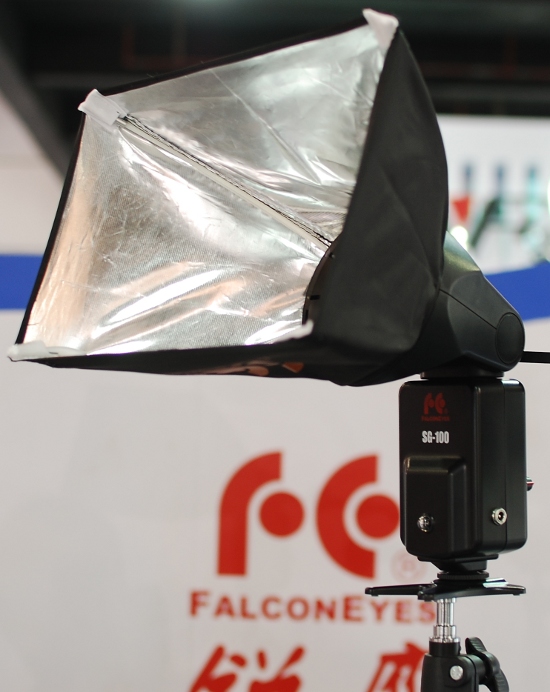 Following on from our previous article, here are a few extra news items from Photo & Imaging Shanghai 2011.

The half speedlight, half studio light Strobe Gun SG-100 from Falcon Eyes was on display (originally revealed here), allowing us to get a closer look at its controls, head and power pack.

The Strobe Gun SG-100 is a 100Ws speedlight with a bare flash tube, powered by an external battery pack. Power is continuously variable from full to 1/16 by means of an analogue dial on the rear of the flash body. A unique mount on the front of the flash allows Falcon Eyes “SG”-series light modifiers (softboxes, snoots, barndoors) to be attached quickly and easily.

The SG-100 head can tilt from flat to 90Â° upwards, but cannot swivel from side to side. Once in position, a locking ring may be tightened to keep the head fixed. Power from the external battery pack runs into the flash by a port on the left hand side.

The hotshoe foot is made of metal, with a plastic locking ring. 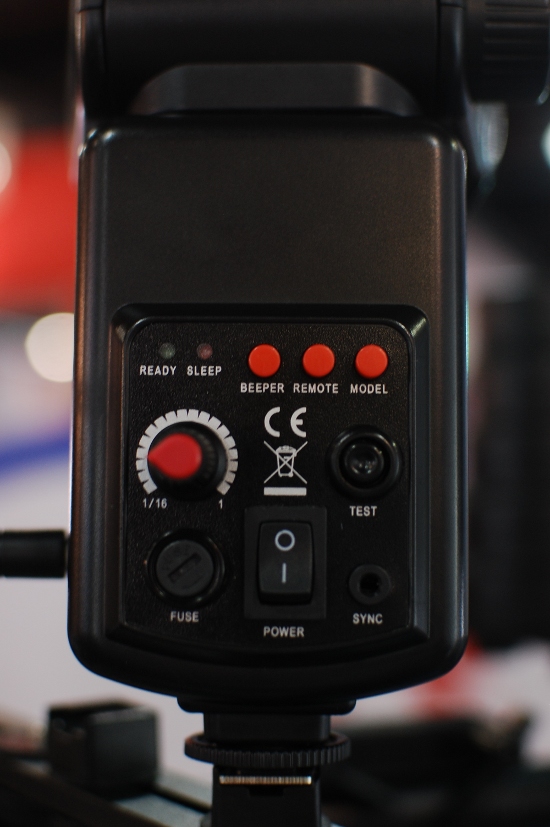 On the front of the SG-100 one finds the optical slave sensor. Remember the head cannot be swivelled, so it may be a challenge to have both the flash and the optical sensor pointing where you want them at the same time.

The DC battery pack, named the Falcon Eyes “MV-AD2”, is small, simple and not too heavy. When you take the lid off, two replaceable Sony-type lithium video camera batteries are inside. 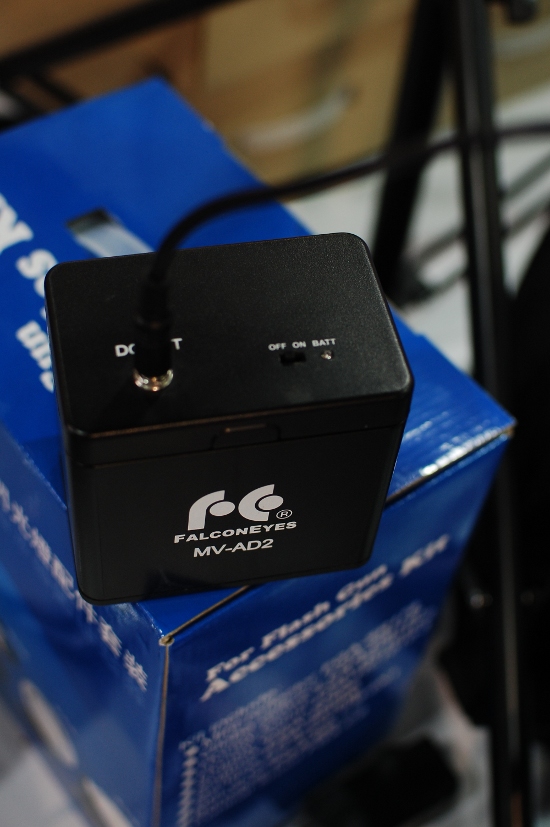 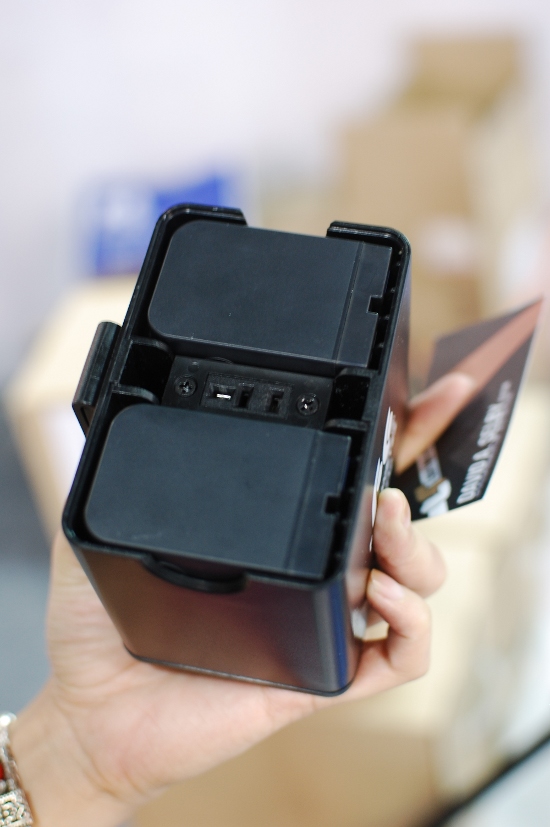 In China the Falcon Eyes SG-100 costs RMB1000 (about US$155) whilst prices at international distributors will vary. The European distributor is Benel BVÂ in Holland.

As we passed Godox’s stand we noticed a new monolight called the Quicker 600. We didn’t have time to ask about the features, but the name implies short recycling times and flash durations, similar to those found in the latest lights by Mettle and Visico. 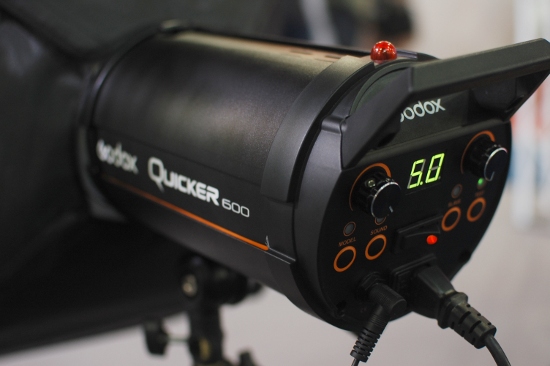 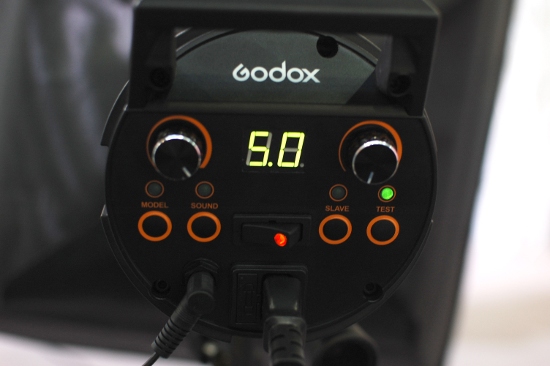