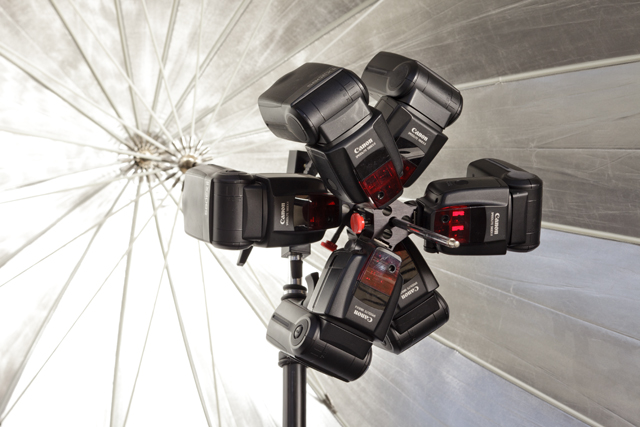 Got a large parabolic umbrella but find that a single speedlight doesn’t quite have the oomph to fill it? Short of a full-blown studio flash, you’ll probably be after a multi-flash bracket to gang up several speedlights. There are already a range of different options available, from big names such as the Lastolite TriFlash by Joe McNallyÂ down to the cheap and cheerful generic models tested by us in the past.

Using a three-flash bracket will provide an output one and half stops more powerful than a single flashgun, allowing you to produce dramatic results like this:

iDC, a firm from Arizona, have brought out a pair of flash brackets allowing you to fire up to six hotshoe flashes into an umbrella or brolly box. They are called the Triple ThreatÂ series. There is one version designed for speedlights secured by a thumb wheel on the foot and another for newer models with locking pins. 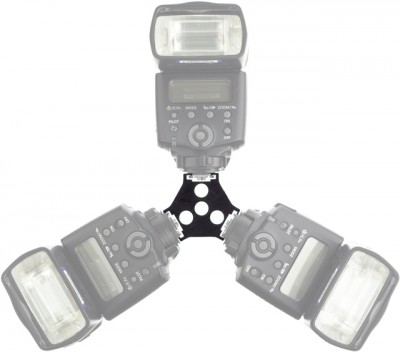 The Triple Threat series differ from other brackets as they are expressly designed to mount on the shaft of an umbrella rather than attach to a swivel adapter. Thus, you can slide the bracket up and down the umbrella shaft without changing the position of your umbrella relative to the light stand. This comes in handy for reflective parabolic umbrellas, where the position of your light source can be crucial to “focus” the beam correctly. 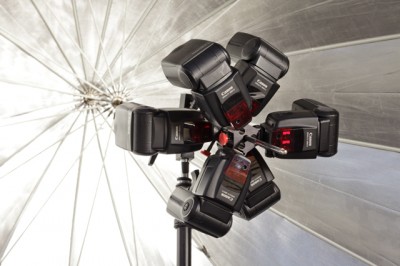 If you mount two Triple Threats to the same shaft, you can have six flashguns firing at once. Make sure you have a sturdy light stand though, because the weight of all those speedlights soon adds up!

As well as large umbrellas, the Triple Threat bracket is equally suitable for folding softboxes such as the Westcott Apollo and Phottix Easy-Up Softbox.

You can buy a Triple Threat adapter for $59 from the iDC web store.