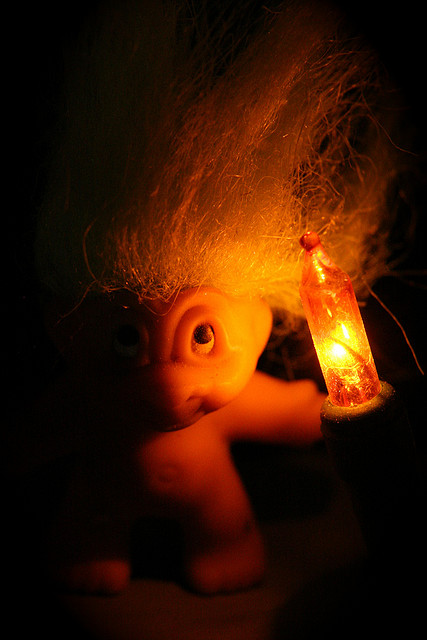 The internet is a strange place, filled with unexpected phenomena. One of its more obscure creations is forum user called Angel Heraeus, known by his handle “angelisone” who for one reason or another has taken it upon himself to promote an equipment manufacturer called ATG in comments on forums and YouTube.

Anybody who has taken a second to look up ATG will soon discover that it’s a fictional brand, whose “made in USA” products are nothing more than vapourware. Heraeus has to be admired for his dedication, since his troll campaign has been running on and off since 2008, getting him repeatedly banned from some discussion forums.

Non-existent products from the USA-made “ATG” brand include:

He isn’t just a fan of ATG’s incredible products though. He also indicates a preference for Nissin, Quantum and Mecablitz flash gear and seems to disdain their Nikon and Canon counterparts. And don’t get him started on ultrabook laptops…

Being artificially controversial is certainly not a new thing. It’s a proven way to drive traffic to your web site or gain readers for your newspaper column – just ask Ken Rockwell or Jeremy Clarkson! But since Heraeus has no (real) products to sell, no web site to promote and nothing material to gain, it appears that the ATG campaign is an exercise in trolling in its purest psychological form. He must be well on his way to completing his doctoral thesis by now.

For some light entertainment, you can read a stream of angelisone’s YouTube commentsÂ here.