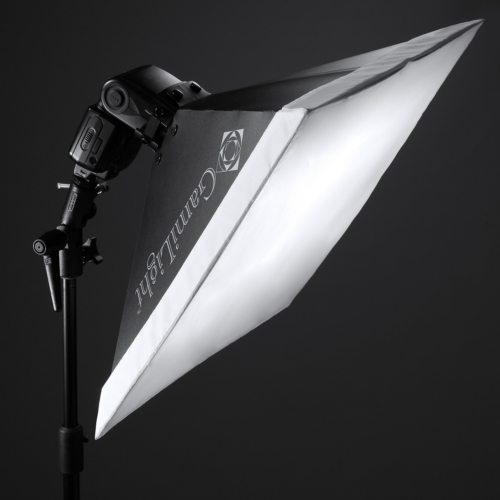 Constructed of polypropylene, the Square 43 measures 43 x 43 centimetres and quickly folds flat. The panels are black on the outside and reflective silver on the inside, and a fabric diffuser attaches to the front of the softbox. The whole modifier weighs just 400 grams and attaches directly to the flash head with a clever mounting system. Approximately 1 stop (half) of light is lost when using the Square 43, according to the company. 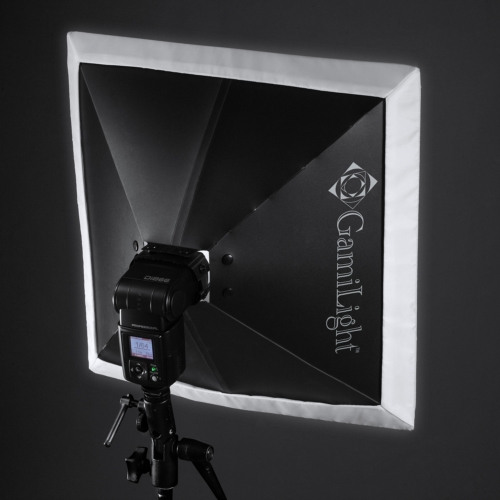 â€œWe planned to roll out one product each month from March to June, 2011. Next on our line up will be BOX 21, a smaller size of softbox that can be used on-board and off camera setting. Followed by SPOT 3, a snoot. EVENT PRO & EVENT FUN, on-board bounce kitsâ€

Expect each of these accessories to have a similar folding concept. Indeed, Gami Light’s mission statement is “to invent kits that are as simple as origami for amateur and professional photographers alike” and Kok is known for his previous work on the Speedlight Pro Kit series of collapsible modifiers. 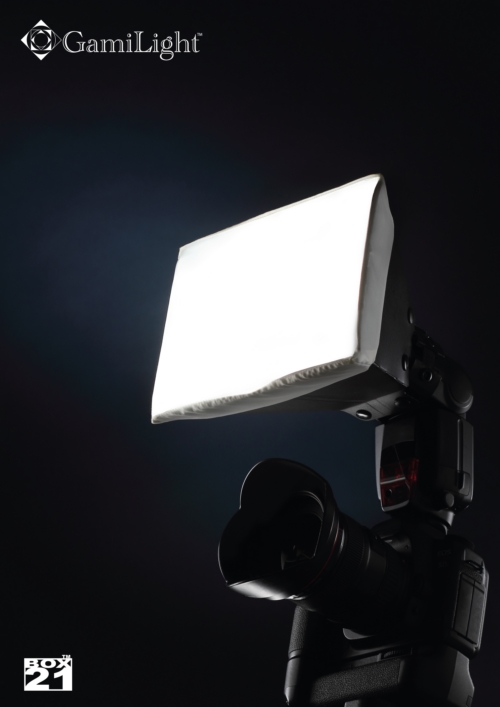 Gami Light accessories will be available from the following dealers, with more to come.