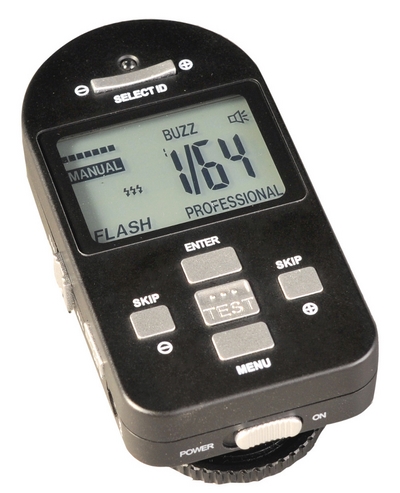 The defining feature of the system is the CononMk 3G trigger, a 3GHz wireless controller which may be handheld or camera mounted and allows adjustment of all flash settings from a distance. Since it mounts on the camera it also functions as a wireless flash trigger. The test button may be used for metering.

Effectively a remote-controllable version of the popular CononMk DL 4.0, the G4.0 is a Comet bayonet battery-powered monolight with IGBT circuitry. At full power, the specified flash duration is 1/3200 second, dropping to 1/8600 at minimum power and 1/13000 in stroboscopic mode. Perfect for freezing action!

Very similar to the G4.0, the GID50 can be powered by either a battery or the mains. IGBT control provides quick flash durations at low power settings. It can be turned down to 1/128 of full power. Recycle times are slightly quicker when powered from the mains than from the battery. 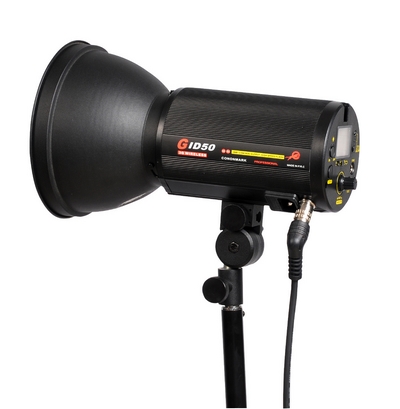 The odd one out in our line-up, the GE400 can’t be battery-powered and doesn’t have IGBT control. Nonetheless, the Bowens S bayonet is much easier to find accessories for, and the device has a cooling fan to keep the light going longer during intensive shoots. The claimed flash duration is 1/1900 second (t 0.5).

Another advantage is that a two head GE400 kit is cheaper than a single G4.0 or GID50.Â On eBay, a two head kit is a comparable price to the Hobo Merlin (see below). 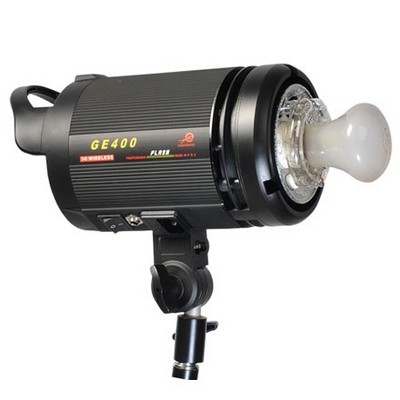 Â Where to buy