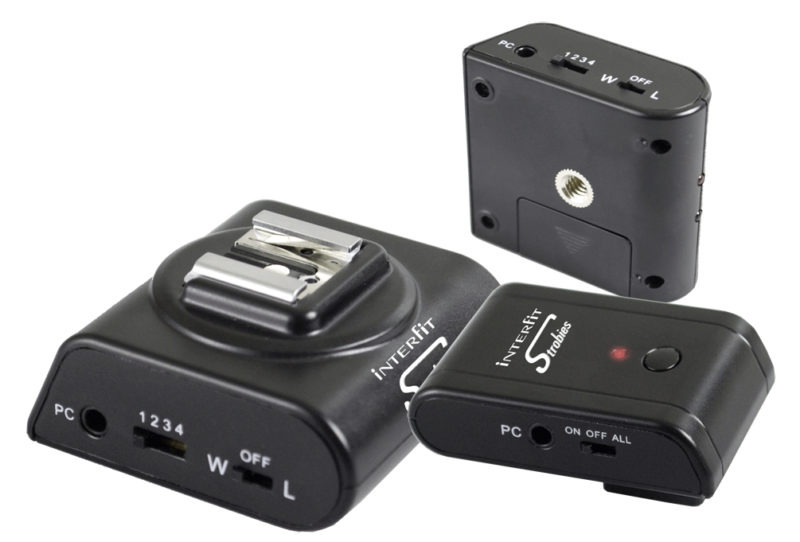 Interfit has announced some new accessories in its Strobies range, including some wireless shutter releases, a universal TTL cord, and a radio/optical flash trigger which savvy strobists will find eerily familiar.

Interfit, one of the leading manufacturers of photographic lighting is pleased to announce the arrival of the i SYNC 4 optical and wireless triggers for studio and speedlites flashguns to its Strobies brand.

The I Sync 4 has 4 independent radio channels for use where multiple photographers may be using wireless triggers such as at a wedding etc. Now you can set the channel and still keep on shooting without interference from other photographers.

A major benefit of the receivers is the ability to switch between optical triggering or wireless triggering.

Each receiver has a built in light stand tread on the bottom to allow your speedlite to be stand mounted. In addition a PC sync cable and socket is included along with a mono jack converter to fit both large and small jack sync sockets for connecting to studio lighting. Runs on long life lithium batteries (included).
Available as a complete kit with a receiver and trigger (STR130) or as a receiver only (STR129) with immediate effect from Interfit Main Dealers starting at Â£49.99 Inc vat for the twin kit STR130, and Â£28.99 Inc vat for the receiver only STR129.

Further information will be available on the Interfit Website shortly.

Regular readers of the Strobist.com Flickr discussion board may recall this thread, about Phottix Aster triggers.

If you think these look the same as the new Interfit Strobies i SYNC 4, that’s because they probably are. However, while these new triggers also look similar to the CTR-301P by Yongnuo, this is mainly cosmetic (see below).

UPDATE: Phottix make their own products in their own factory in Shenzhen, China. Click here for more information.