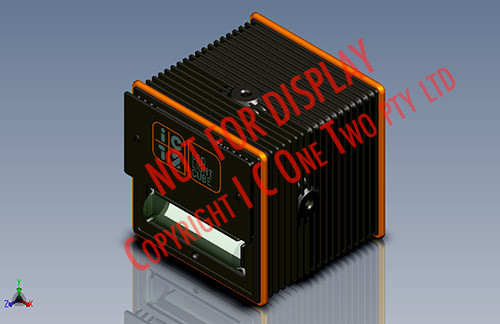 IC12 has unveiled the latest renders of its crowd-funded photographic light source, the LED Light Cube. According to the Australian firm, the Cube, which raised $130,000 on Indiegogo, will have a black aluminium shell.

“The casing is a cast aluminium chassis to offer heat dispersion and an improved look & feel to the product,” the company said on their blog.

“The lensing is a revolutionary approach to shaping light from an LED cluster, delivering both the beam and the flux produced by the LED to deliver a maximum throw of light from the unit,” they added.

The stackable photography light â€” which backers have donated around $400 to get their hands on â€” is designed to work as both a high-speed flash unit and a continuous video lamp. It is said to be as powerful as a high-end Canon Speedlite and have flash duration as quick as 1/8000 second.

In a November update the team said the project may be delayed by manufacturer setbacks, but hope to ship the LED Light Cubes in January next year. An exact release date has yet to be confirmed.