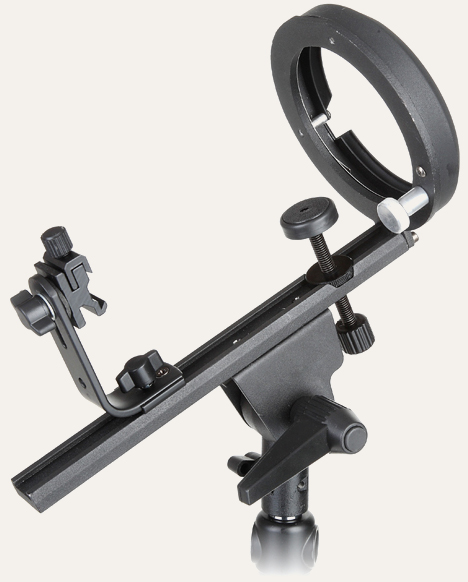 An improved version of the original Speed Pro Bracket, this accessory allows photographers to mount their speedlight horizontally in any Bowens S-fit light modifier. The Mark II bracket has a 3.5cm longer track to facilitate the use of PocketWizard’s ControlTL system. There is also a vertical support to reduce the stress on the flash foot.

The Cheetah Wing provides additional space for mounting external battery packs and radio receivers alongside your speedlight. There are different models available for use with Speed Pro Brackets and Qbox mounts.