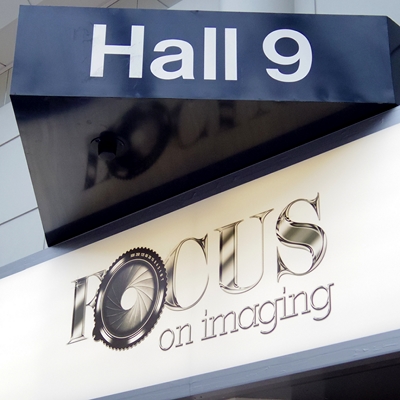 This week in Birmingham, the National Exhibition Centre (NEC) played host to Focus On Imaging 2012, where hundreds of exhibitors peddled their photographic wares at the “biggest annual imaging show” in Europe. I went along to see what’s new.

Hong Kong based accessory manufacturer Pixel, one of our sponsors, had a large stand showcasing their latest wireless flash triggers. On sale were their high end Opas 2.4GHz transceiver triggers, which we reviewed here.

The much anticipatedÂ Pixel King i-TTL Flash Trigger for NikonÂ has now been released, and was the only new product on show at the Pixel stall. The King for Canon and Sony have already been available for a little while. 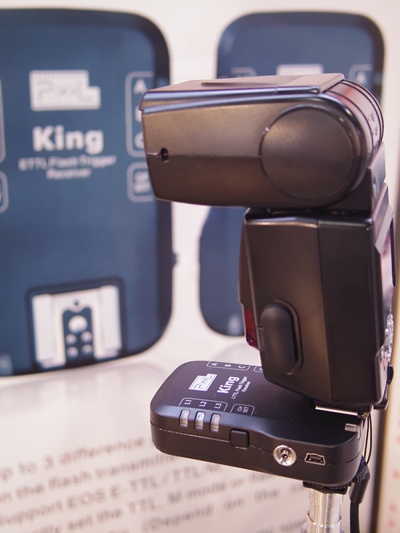 I got to try out the i-TTL Kings on a Nikon D90 DSLR camera and SB-800 speedlight. Since Nikon doesn’t have in-camera flash control menus like Canon, the King for Nikon is just plug-and-play, almost like a “wireless TTL cord”. The three different models of King will also work together as manual triggers, allowing, say, a Nikon DSLR to fire a Canon Speedlite (but without TTL). 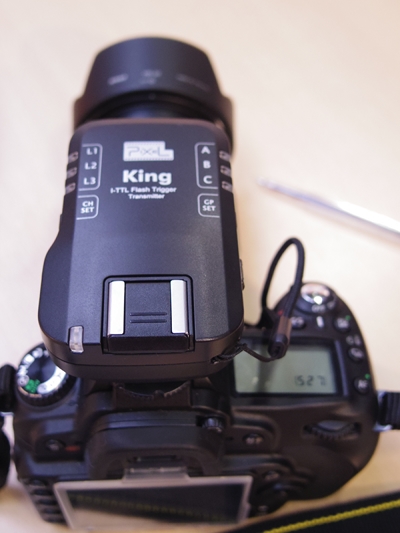 The King transmitters for Nikon and Sony have TTL pass-through hotshoes, allowing on-camera flash to be used in combination with radio-controlled remote speedlights. However, King for Canon does notÂ have TTL pass-through due to “technical problems”. We are also unlikely to see an AC3-like controller module from Pixel any time soon as such a device is still only a concept.

Testing out the King for Nikon, it provided accurate TTL exposures and effortlessly synchronised up to the D90’s maximum shutter speed of 1/4000 second without needing to press or do anything. Another cool feature of the Kings is a built-in autofocus assist lamp which activates on a half-press of the shutter button.

More technical details about the Pixel King are available here. The King for Nikon is on sale now for $160 per transmitter-receiver set. We will be getting a sample set for a more detailed review in the near future.

Over at the Johnsons Photopia Distribution display, representatives from US manufacturers Westcott and PocketWizard were on hand giving lighting workshops, complete with models. This drew a large crowd of middle-aged people with big cameras – a staple of photographic trade shows. 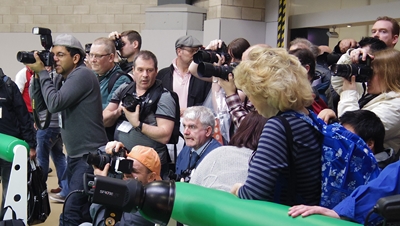 PocketWizard’s marketing gurus Dave Schmidt and Lorenzo Gasperini talked about the new PocketWizard Plus III wireless transceiver, the replacement for the Plus II.

As well as the LCD screen and new styling, functional improvements include:

That’s a lot of extra stuff. So with all that and the LCD, is there any need for the more expensiveÂ MultiMax any more? On the contrary: the MultiMax has many specialised features that the Plus III lacks such as delay mode, flash confirmation, SpeedCycling and “lag time equalisation”.

The PocketWizard Plus III transceiver is available for pre-order for $139.00 in the USA and Â£129.99 in the UK. For more technical information, see its mini site. 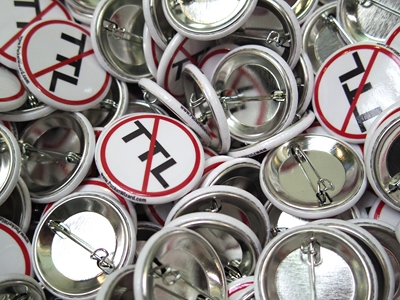 Free badges were available for fans of TTL and Manual mode to show their allegiance to either camp.

So what about TTL? The Canon ST-E3-RT and 600EX-RT have 2.4GHz wireless TTL. Are PocketWizard worried?

Mr. Schmidt commented, “This puts Canon back in competition with Nikon CLS. However, it’s not a system that will replace the need for our products. Canon will raise awareness of wireless, but [the RT system] is too expensive so customers will look at cheaper options such as PocketWizard.”

Going further, Mr. Gasperini explained that the problem with the Canon system is that “it onlyÂ works with Canon”, but photographers may switch from Canon to Nikon or vice versa.

“At the moment if you have a Canon PocketWizard [ControlTL] system it will support Metz, Nissin and other third party flashes,” added Schmidt.

Asked about rival third-party TTL triggers such as the Phottix Odin, he replied tactfully, “Competition in any industry is a good thing.”

The Flaghead Photographic stand had something rather specialised. The TriggerSmart is a box containing “lots of electronics” that can trigger your camera based on input from differentÂ environmentalÂ sensors.

Sound, light intensity increase, breaking an infrared beam or movement will all release the shutter, making the device ideal for photography of wildlife, lightning, fireworks and scientific applications.Â It can be used for lighting, too, by connecting your flash or wireless transmitter to the auxiliary output port. 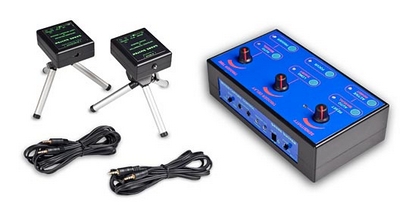 The lead developer, Paul Berkeley, claimed that the TriggerSmart is something you “can’t DIY” and was based on two and a half years of development.Â The RRP for the kit is Â£238 including VAT. Consult this list for dealers.