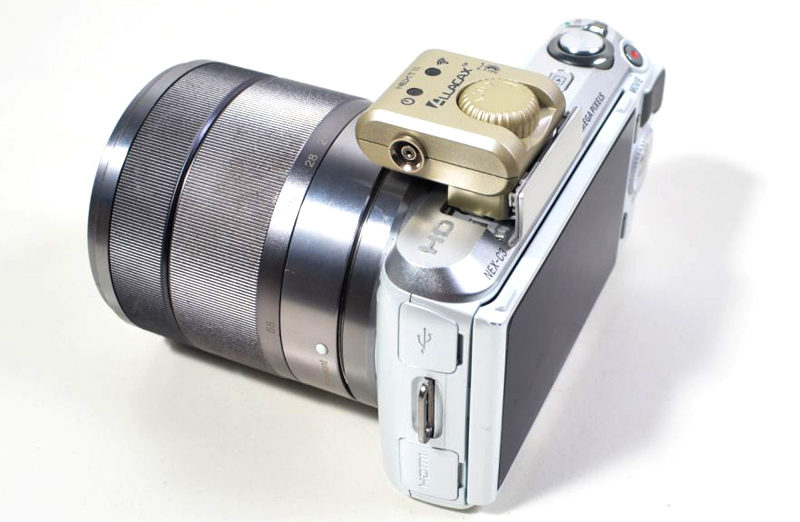 Fottga has announced a new 2.4GHz flash trigger, the NEXT II, and an ISO hotshoe adapter, the SMOR, for entry-level Sony Alpha NEX cameras.

Normally it wouldn’t be possible to use radio triggers or third-party flash units with the Sony NEX-3 and NEX-5 series, thanks to Sony’s non-standard Smart Accessory Terminal, which encourages customers to buy proprietary Sony accessories such as microphones and electronic viewfinders for their cameras.

However, using a bit of reverse-engineering, Fottga has managed to make the SMOR, an adapter for the Smart Accessory Terminal that provides a universal ISO hotshoe instead, allowing any brand of flashes, triggers and shoe-mount accessories to be fitted. 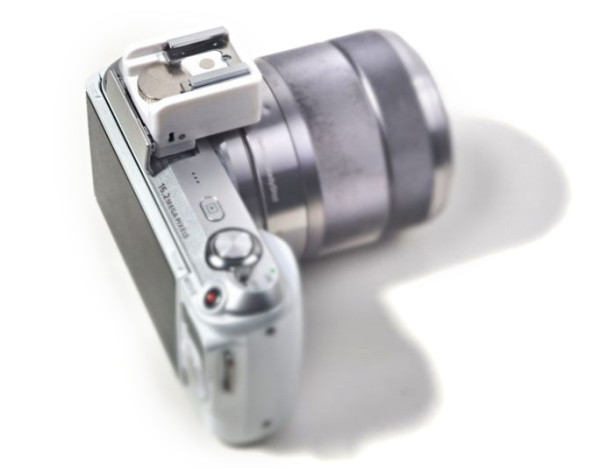 The company’s dedicated NEXT flash trigger has also been updated. The Allacax NEXT II adds a PC sync port, locking wheel and a mode switch. The latter can switch the camera’s rear LCD off, which will save battery and apparently improve sync speed to 1/320 second (with certain cameras). 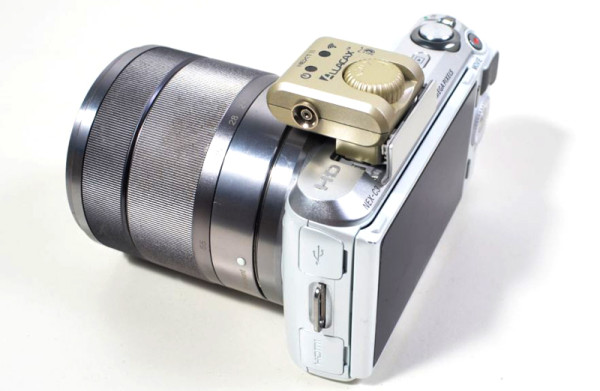 An LCD power toggle is also present on the SMOR adapter â€” handy for disabling the screen when using a shoe-mount optical viewfinder. With the LCD screen still illuminated, the maximum flash synchronisation speed with the SMOR and NEXT II is limited to 1/160 second, according to product manual.

The NEXT II transmitter and SMOR require no batteries of their own, drawing all signals and power from the cameras on which they are mounted. The NEXT II receiver â€” able to trigger both speedlights and studio heads â€” takes two AAAs. 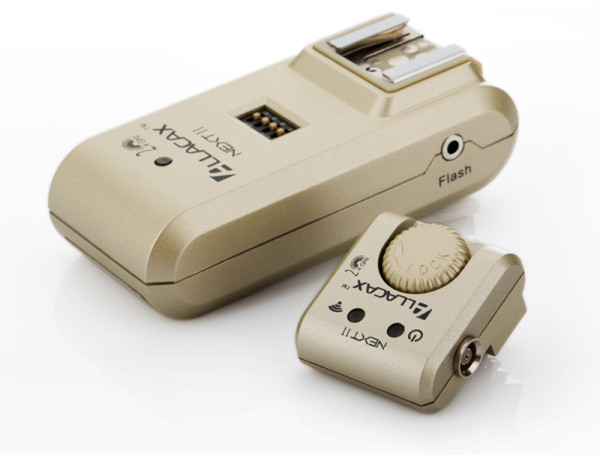 Though the Allacax NEXT II is fairly obscure as a brand of radio trigger, it does have a decent set of features (16 channels, 100-metre range) and sits more elegantly on the camera than a SMOR + third-party trigger combo. Nonetheless, if you prefer to rely on triggers you already own, such as Yongnuos or PocketWizards, you can get the SMOR instead. 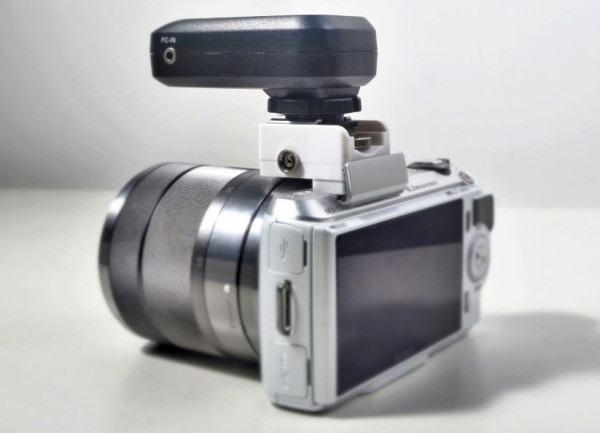 The SMOR will support manual triggering of speedlights, such as the Nikon SB-600 shown below, mounted directly on the camera. Fottga does not specify a weight limit, but it’s probably not advisable to use this adapter with heavier flash units such as an SB-910 or Quantum Qflash. 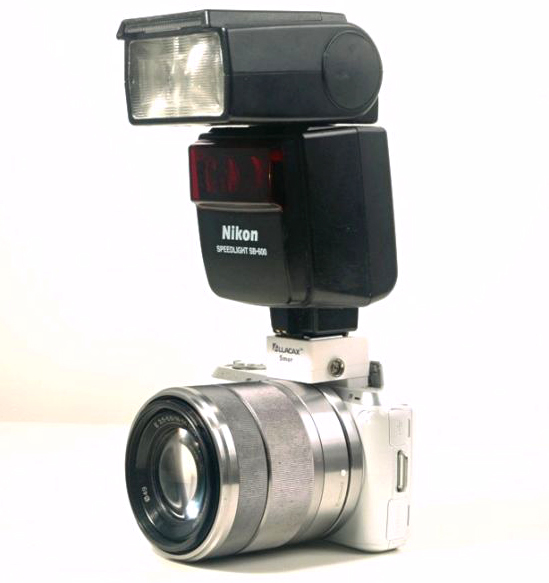 , eBay.com and eBay.co.uk. Buying through these links helps support this site.

Contact Fottga Tech Ltd for more information. We will be testing these gadgets in the near future.