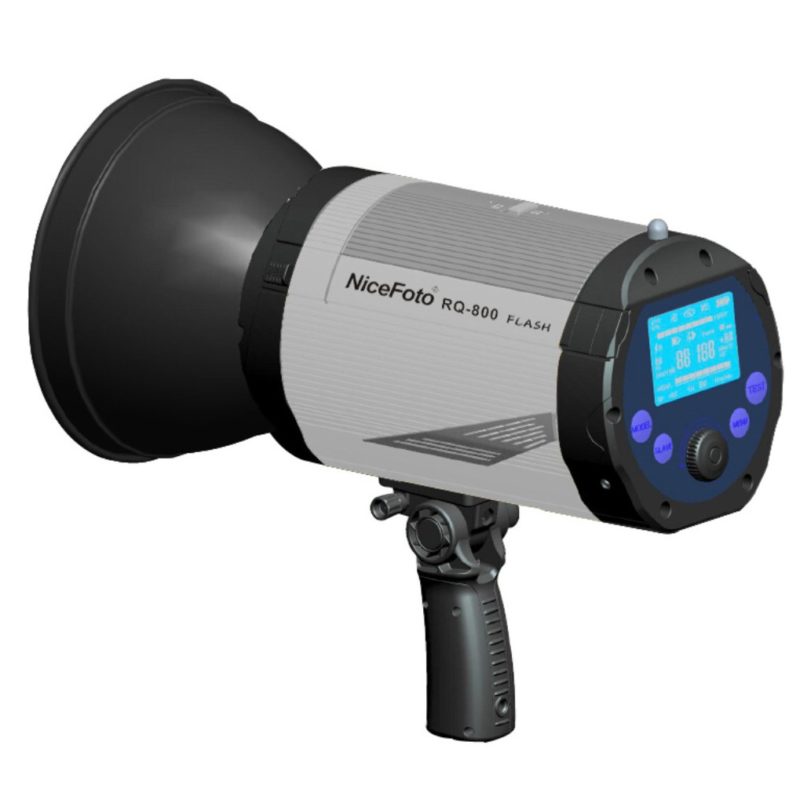 Chinese lighting manufacturer Nicefoto is set to introduce a new TTL flash for location photographers. The N-Flash RQ is a battery-powered monolight with a built-in radio and support for smartphone remote control.

Nice introduced one of the very first studio flash heads with a built-in battery, the N-Flash. CononMark â€” which is run by Nicefoto’s owner’s brother â€” brought out the first-ever studio flash with TTL and HSS in the Leopard K4T. Now Nicefoto is combining these features into a product that hopes to rival the Swedish-made Profoto B1 TTL flash.

The N-Flash series has steadily iterated from the original N-Flash 480A and subsequent updated versions. The RQ series will include Nicefoto’s tried-and-tested removable lithium battery, promising 680 full-power flashes from a single charge. It also features the latest 2-in-1 handle-mount-cum-tilt-bracket. The IGBT-type circuitry provides very fast flash durations at lower power levels, useful for action-freezing high-speed photography. 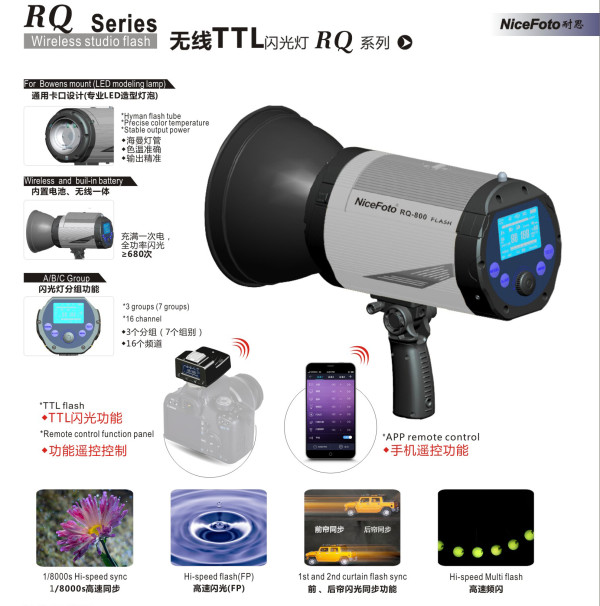 Even the original N-Flash had built-in radio but the Nicefoto RQ is the first to offer remote control of power settings and to support TTL for Canon and Nikon. The RQ is controlled from a Commander/transmitter unit that sits inÂ your camera’s hotshoe. The company has shown several different form factorsÂ for this, from an angled controllerÂ that looks a bit like the Profoto Air Remote, Nissin Air Commander 1 or Phottix Odin II (see pic below), to a boxier trigger with TTL pass-through more resembling a Pixel King Pro (above).

The system is designed to support three independent groups, A/B/C (with seven combinations) over 16 wireless channels.

Thanks to the Bowens S-type accessory mount, you can use this TTL HSS flash with common light modifiers such as softboxes, beauty dishes and reflectors. There is a low-powered LED modelling lamp as well.

No word on pricing or an exact release date yet, but NiceFoto are exhibiting at the Photo & Imaging Shanghai 2015 trade fair from 2â€“5 July, on stand PD12. For more information, visit the manufacturer’s web site.

If you want TTL in a studio flash, there are already several solutions on the market now. We expect the RQ to offer a solution somewhat like the Profoto B1 but at a lower price point, and hopefully more widely available than the CononMk K4T. Other options are the Phottix Indra and the Yongnuo YN300W.