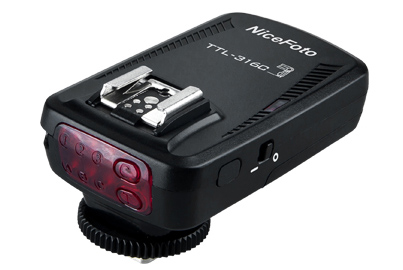 Canon users looking for new flash triggers in the New Year are likely to be spoilt for choice. NiceFoto’s new E-TTL flash trigger, the TTL-316C, has gone on sale and offers a decent bevy of features for a $60 price tag.

Running on the 2.4GHz frequency band, the TTL-316C has a 100-metre range, three channels and three groups. It supports wireless TTL for Canon cameras and Speedlites, including high-speed sync (HSS). Also suitable for studio lights, there is a 3.5mm sync port on the side and it can synchronise manual flashes up to 1/8000 second with its manual HSS feature.

On their own web site, Nicefoto promotes the trigger as a means to attain 1/8000 sync speeds with their flagship N-Flash Wireless Studio Flash. This suggests the brand is competing directly with a rival Chinese portable lightning system, the Godox Witstro series (aka Interfit aka Calumet aka Lencarta aka Cheetah Light), which features its own 433MHz HSS trigger. 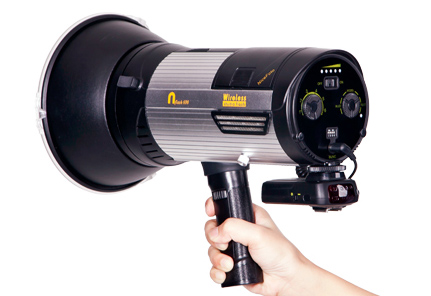 The N-Flash is now divided into two distinct product lines, the Classic series with analogue controls and the LCD-toting Lightning series. Both have integrated 2.4GHz receivers, but these aren’t compatible with the new TTL-316 so you’ll need to plug in a unit directly. And it doesn’t provide remote power control.

But since you can get N-flashes as powerful as 600Ws, it is one of the most powerful portable flashes on the market that supports high sync speeds â€” essential for capturing fast action photographs outdoors. Another option would be Priolite’s upcoming Hot Sync MBX 500. 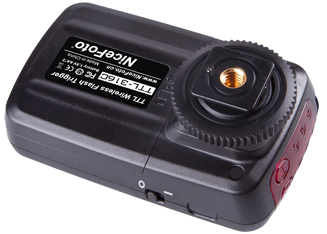 You can buy the TTL-316C now for around $60 on eBay. Want to see where it’s made? Read about our visit to the factory.