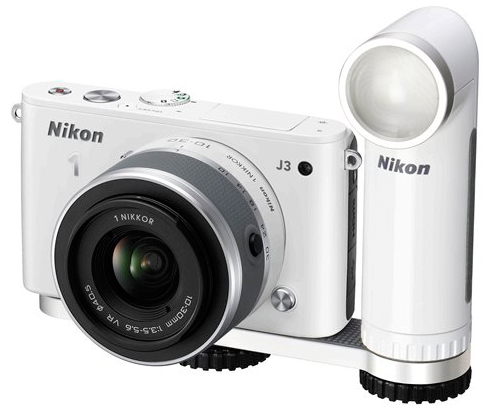 Nikon has announced a new LED lamp for photographic lighting with small cameras. The LD-1000 is powered by four AAA batteries and mounts on a bracket or can be handheld.

Nikon is making the LD-1000 available in black and white, styled to match the company’s 1-series and Coolpix compact cameras, including the newly-announced Coolpix P7800. The bracket, which screws into the tripod socket, means it doesn’t matter if your snapper lacks a standard hotshoe.

While you’d expect a constant light source like this one to be marketed primarily for video lighting, Nikon’s own product pageÂ actually seems to promote it more as a stills photography lamp, including a guide to taking product shots. 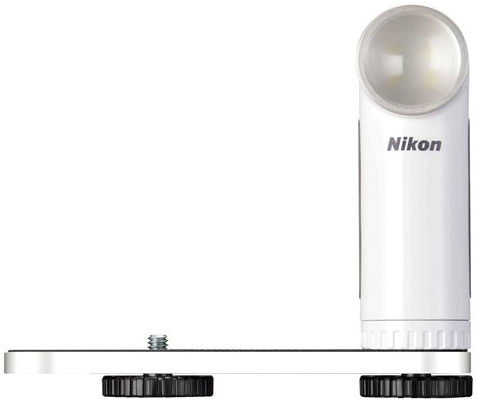 According to the manufacturer, you’re better off with the LD-1000 than you would be with rectangular LED arrays.

“Despite using multiple LEDs, the LD-1000 provides soft, smooth lighting with natural-looking shadow,” says Nikon.Â “The diffusion panel prevents the reflection of luminescent spots, which usually appears when an LED light source is directed onto a shiny object, such as a glass.”