The tilting, swivelling flashgun for the Nikon 1 series, the Speedlight SB-N5, is being discontinued. B&H lists the product as discontinued and it is also out of stock at Nikon UK, Amazon UK and Wex Photographic.

), the SB-N5 didn’t need batteries, drawing its power directly from the camera. Now that most places don’t sell it any more, your only option (beyond the V2’s pop-up flash) is the Speedlight SB-N7

, a more powerful speedlight running on AAA batteries. The main disadvantage of the N7 is that it cannot swivel left and right â€” only up and down. The N7 can be used with both the V1 and the V2, as shown here. 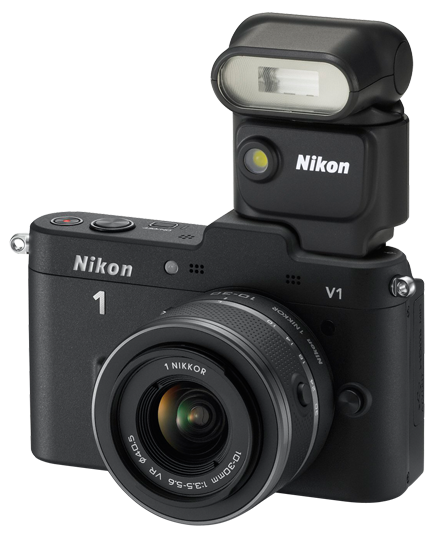 There is still some stock of the SB-N5 left at Adorama, Nikon USA and a handful of UK retailers but it is likely to become increasingly scarce. Nikon has not announced any new 1 series flashes beyond the SB-N7. No third party manufacturer has yet made an aftermarket flash or Nikon 1-to-ISO hotshoe adapter to open up the field.