UK distributor Kenro has announced the availability of a Sony-fit version of the Nissin Air System (NAS) â€” a radio-enabled lightingÂ system that includesÂ the Di700A flash and Commander Air 1 controller. The Nissin Air System has already been available for Nikon and for Canon for a couple of months and now the Sony variant is shipping to dealers. 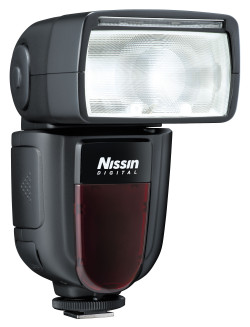 Using the Nissin Commander Air 1, you can control up to three groups of seven Di700A flashes. The Air 1 sits on your camera hotshoe and lets you remotely adjust your off-camera Di700A flashes in TTL or manual mode, at ranges of up to 30 metres. For the moment the only flash compatible with NAS is Nissin’s own Di700A, but a hotshoe receiver coming later this year will let you add non-radio flashguns to the system.

Many radio TTL flash products are for Nikon and Canon only, so it is refreshing to see Nissin provide Sony support. Other Sony-compatible solutions include the Phottix Odin and Mitros+ and the Pixel King (superseded by the King Pro for Nikon and Canon, but still produced for Sony).