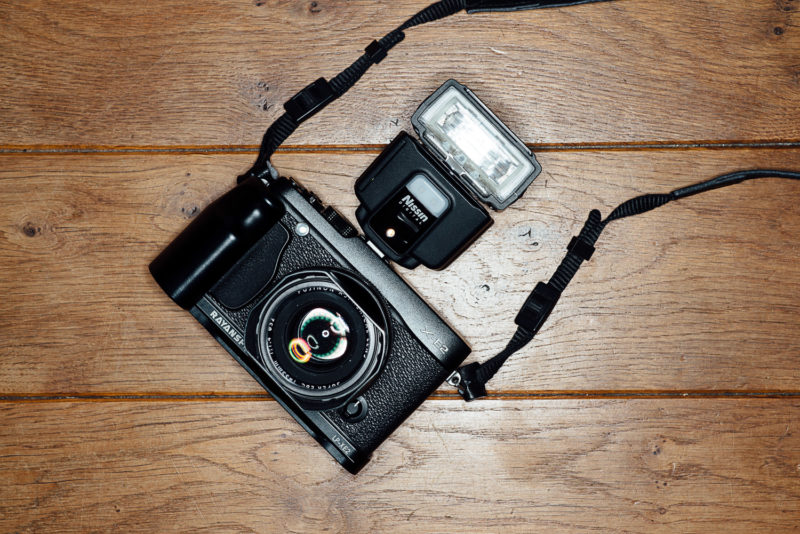 The main reason why I am doing a second review of the Nissin i40 is because it is a big deal for Fujifilm. Ever since the introduction of the Fuji X-system, it has lacked a real professional-level flash unit. Fuji has a few flashes themselves, but none of them are really suited for the X-system. The biggest flash, the EF-42 is basically a Sunpak PZ42X with a different badge (this is also the case for the EF-20). These Sunpak flashes feel cheap and flimsy, feature poor recycle times and overheat quite easily. Besides these two there is a third flash available for the Fuji X-system, the EF-X20. This one, which is made by Fujifilm, is a bit better (and more expensive), but without tilt and swivel you are not much better off with the EF-X20.

Fuji users usually have to resort to manual-power flashes or to auto-thyristor modes. It almost seems that Fuji is discouraging their customers to use flash. With the lack of AF-assist light on flashes, no HSS, no rear-curtain sync, no wireless TTL I got the feeling that Fuji does not recognize flash as an important feature.

When Nissin announced that they would also release the i40 for Fuji, a lot of people became quite excited. The specs were exactly what most of the Fuji users were looking for. Small size to complement the small size of the mirrorless cameras, reasonable amount of power and more features than Fuji could actually support. It almost seemed that Nissin were the first that really understood the market for Fuji flashes. On paper it looks perfect for the Fuji camera, but howÂ is it in reality? Keep reading and find out. 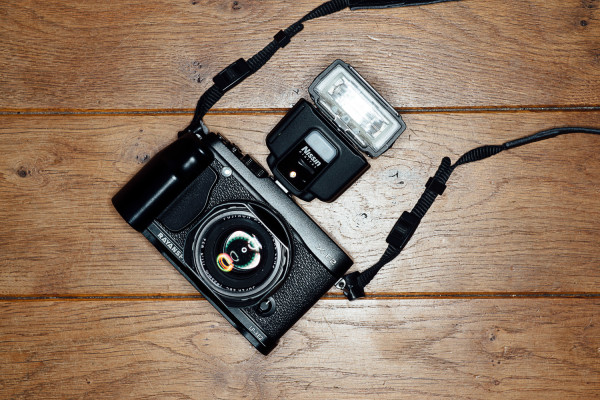 I would like to thank Dutch Nissin importer Degreef & Partner for providing me with this Nissin i40 to review.

After working with flashes such as the SB-910 or the 600EX-RT, the Nissin i40 feels minuscule. It is easily dwarfed by most other flashes currently on the market. The fact that they managed to fit TTL electronics, room for four AA batteries and a head which tilts and rotates simply amazes me. Nissin must have put quite some effort into reducing the size of this flash!

In the kit a carrying pouch, flash stand and Stofen-style diffuser are included. Surprisingly enough Nissin managed to fit all the functions that are commonly found on the bigger flashes. A fold-out wide angle diffuser and bounce card are integrated in the flash head. The flash head also has a zoom of 24â€“105mm (equivalent) which distributes the light more efficiently for your photos. 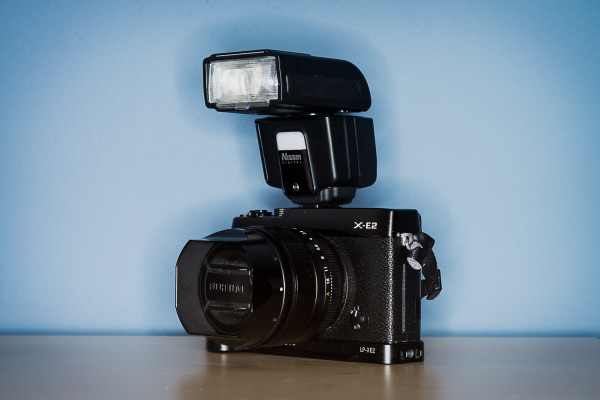 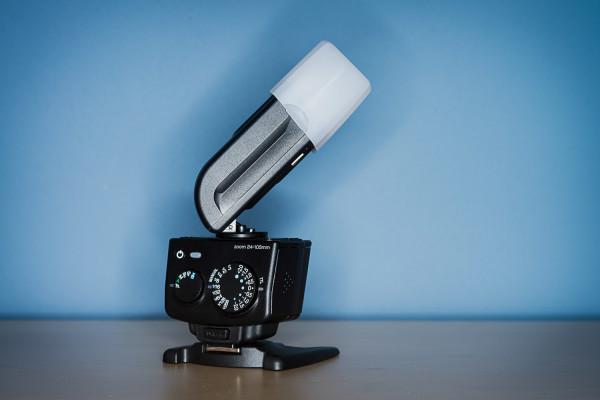 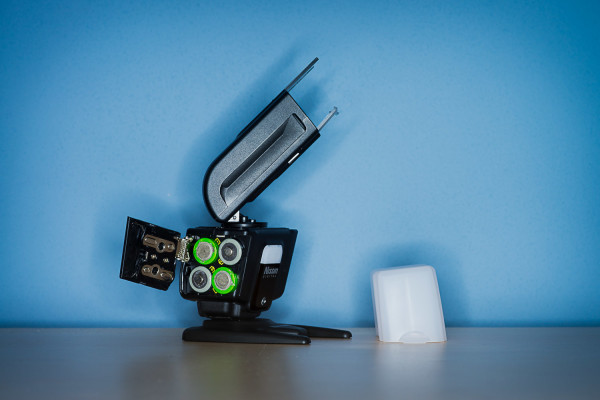 On the rear no LCD screen can be found; instead two dials are used to change the modes and settings. It seems a bit old fashioned, but I like it since it goes well with the appearance of the Fuji cameras. Due to space limitations flash power can only be adjusted in 1/2-EV increments in TTL mode and in whole stops in manual power mode.

Installing it on the Fuji camera feels right. The size, the balance and the appearance are all great. This flash has been designed for mirrorless cameras and this can be felt directly. Other flashes, such as the EF-42 tend to off put the balance of mirrorless cameras, making them top heavy. During David’s review of the i40 for M4/3 he noticed exactly the same, that this flash is made for smaller cameras.

During my time with the Nissin i40 I took it to various parties, social gatherings and even some professional assignments. For me the i40 has became a sort of jack of all trades. It is small enough that it won’t startle your friends, but does deliver the required performance that would be expected from a professional flash. The small size and the possibility to bounce and swivel really makes it a no-brainer to bring everywhere, no matter is the event is with family, friends or clients.

Although it is less powerful than most other flashes on the market you won’t notice this quickly.Â Using it as fill flash during sunny conditions might be a bit too much for the i40, but it has enough power for general flash photography. If you notice that you are lacking power, it is always possible to raise the ISO slightly since modern cameras can easily work with higher ISO values.

This time no inspirational photos are included with my review, since my best work doesn’t come from on-camera flash. That said, I used the flash a lot during social gatherings where I used the flash either as fill or as main light. Either way, it works very well. Underneath are a few picturesÂ for which I have used the Nissin i40. Unfortunately the flash was tested on animals, with success. My cat approves. 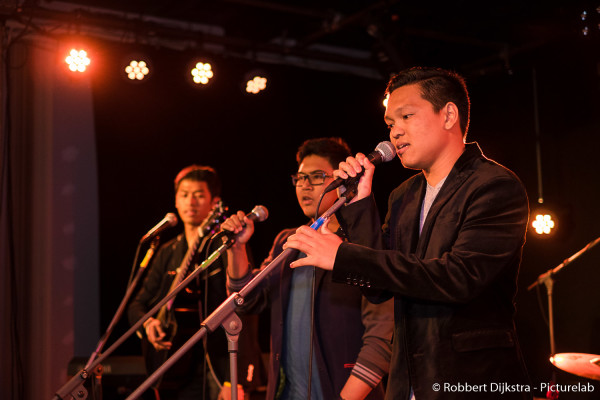 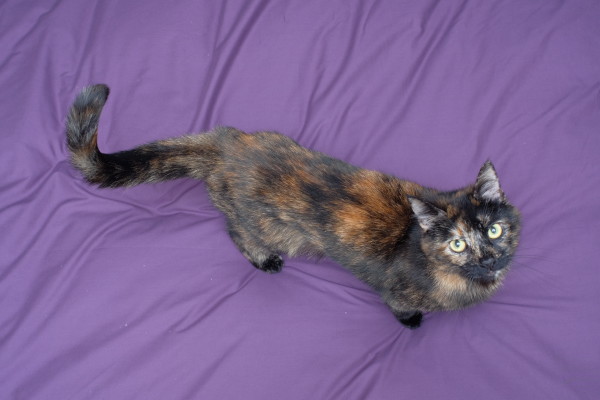 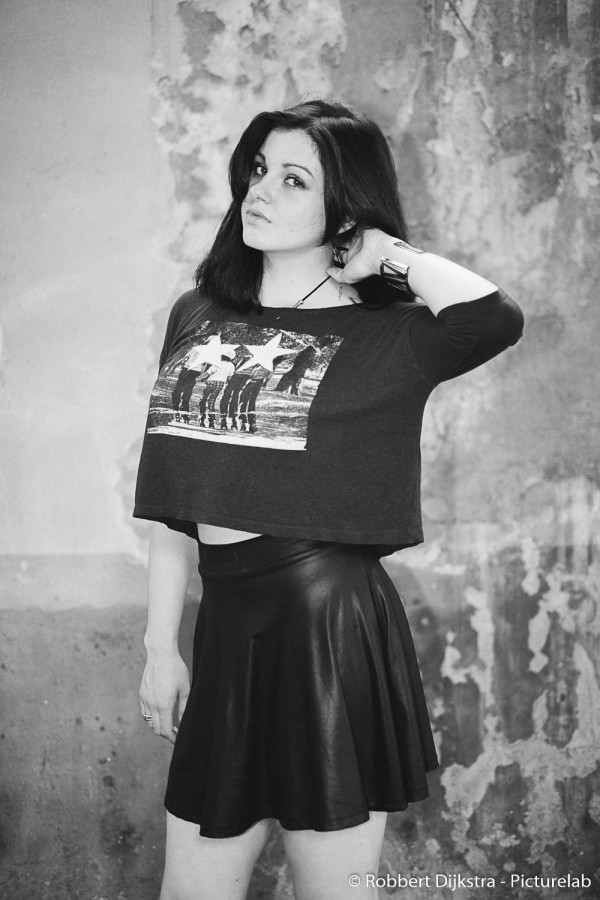 TTL consistency and accuracy is essential for proper flash photography. For third-party manufacturers this can be troublesome since they have to reverse-engineer the TTL protocol, but in this case Nissin did a great job. Exposure and consistency of the exposure are exactly as I would expect it to be from a TTL flash. No remarks on this aspect whatsoever.

Usually during this section of reviews I talk about which things annoyed me during shoot. In the case of the Nissin i40 It took me a long time to realize that I have nothing to comment about. Besides the lack of 1/3 stop TTL adjustments, there is nothing I can think of that should be changed in a would-be i40 mark II.

What is next for Fuji

Without a doubt the Nissin is one of the first steps in the good direction for Fuji. The Nissin i40 is certainly not the limiting factor. I noticed that there are so many odd things with the Fuji flash system when compared to Nikon, Olympus or Canon. For example, when the face detection is turned on it is only possible to fire the flash with a preflash for red-eye reduction. This means there is a little delay between pressing the shutter button and actually taking the photo. OK for an amateur, but unacceptable for a pro. When you change the camera from RAW to JPEG+RAW suddenly it is possible to deactivate the red eye preflash, but not inside the normal flash menu, in a separate menu option. To realize this it took me more than a week and a lot of frustration.

There are some other fundamental things missing with the Fuji system, such as a lack of High Speed Sync and remote flash system (like Nikon’s CLS), but what I am missing the most is a proper autofocus assist. There is a high likelihood that you will use flash when the ambient light is low. In these scenarios mirrorless cameras struggle to get focus and an AF assist can really save you. The AF assist in the bodies of Fuji is a white bright LED that causes severe discomfort to the subjects you are trying to photograph, furthermore it is positioned in such a way that you cannot use it with professional lenses due to the size of them. The Nissin i40 has a red LED inside the flash body, but the Fuji camera does not activate the LED when autofocusing.

What I also dislike about Fuji is that when the camera is set to AutoISO and the flash is turned on, the camera still raises the ISOÂ in order to get some ambient light in. Balancing flash with ambient light is not a bad thing, but the way in which Fuji implemented it is. From my experience with other brands I noticed that Fuji lets the ISO climb much higher than other cameras would do, even when there is no ambient light at all. Every time I set the camera to flash I need to remember to revamp my AutoISO settings otherwise the image quality would be severely impacted.

Fuji needs to redesign their flash system. It seems like the people that designed it never tested their cameras with flash out in the field. Fuji cameras are seen, and more importantly, priced like professional cameras. This flash system is simply not worthy of being a feature in a professional camera. If someone at Fuji is reading this, let this be a wake-up call. Get your act together. I am more than willing to tell you what is wrong with the flash implementation of Fuji.

Personally I would like to see a firmware update for Fuji that addresses most of the concerns that I have with the Fuji flash system. Proper AF assist, HSS and fixing those stupid bugs would be a start. Realistically speaking this is not going to happen anytime soon. Fuji is not going to release a firmware upgrade for all their X-series bodies. I really hope that they do realize that there is a must for a change and fix it in their new cameras.

One thing is sure, the Nissin i40 is competing against the big boys. It is a featherweight that punches way above its weight class. Without a doubt this is currently the flash that you have to get for your mirrorless camera. No other flash even comes close. It has all the features you would need in a flash, but contained in a minuscule package. I applaud Nissin for rethinking the speedlite and creating a version that is meant to be used with mirrorless cameras.

For people that are interested in off-camera flash this Nissin might not be the best option to get. Due to the flash form factor it would overheat more easily and it does not feature the best guidenumber. It is not a workhorse that should be used to overpower the sun or shoot through several layers of diffusion fabric. In that case you should invest in a manual power flash.

During this review I used the i40 on a Fuji camera, specifically the Fuji X-E2. For Fuji it’s a big deal that a good flash is released for the Fuji X-series system.Â It is simply a joy to work with the i40. Before the release of the i40, Fuji flashes just caused a lot of frustration but this could become a thing of the past thanks to its introduction.

One thing I did not mention yet during this review is the price. In the Netherlands it is available for 219 euro. Personally I consider this as a steal. It has all the features of a professional unit and they are provided in such a small form factor.

The main problem for Nissin is that Fuji implemented flash in a poor way in their cameras. The Nissin i40 for Fuji could have been even better than it currently is, but it is already close to perfect. For me, Nissin has set the new standard for mirrorless flashes. Nissin went all out on the development of this flash and they managed to get something amazing. If you are looking for a mirrorless flash, you should check out the i40 for sure. Definitely recommended. 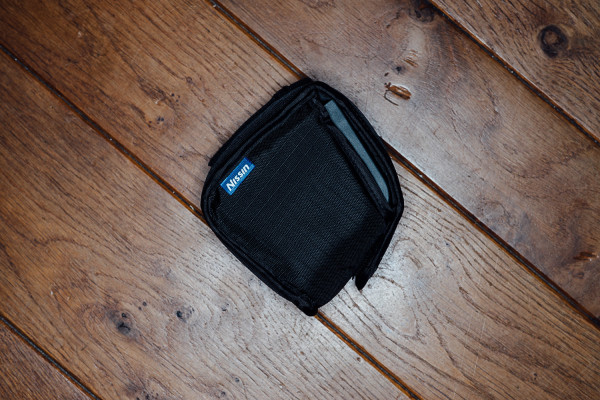 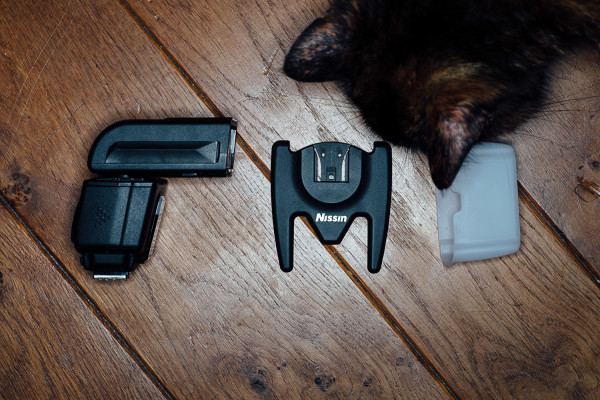 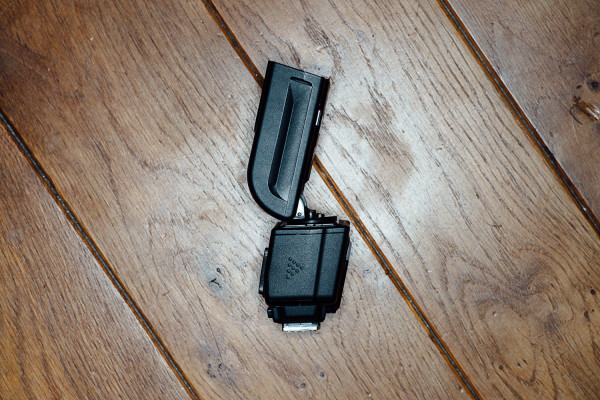