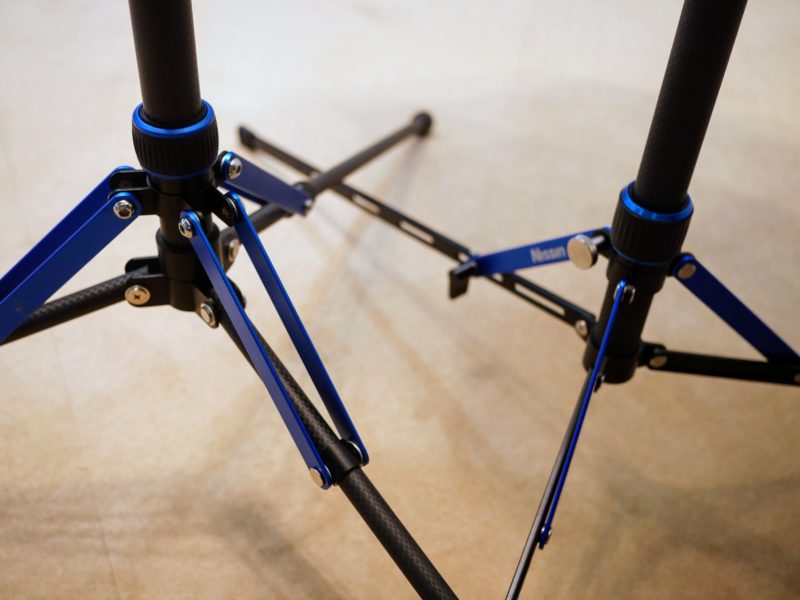 This summer saw the debut of the Phottix Padat 200 Carbon, the second ever carbon fibre light stand on the market,Â after the Nissin LS-50C.

Nissin hasn’t stopped in their pursuit of an ultra lightweight flash stand: at Photokina 2018 this year they showed off the a prototype version of a new carbon fibre stand called the LS-65C, which could be even lighter than the 545-gram LS-50C.

Whilst the Nissin LS-50C and Phottix Padat Carbon have carbon fibre riser columns, their legs are still made of aluminium, just like any other reflex-style compact light stand and like the first stand in this form factor, theÂ Manfrotto Nano 5001B.

The Nissin LS-65C is even more interesting because its legs are made of carbon fibre as well, like a camera tripod. This should make it lighter, stronger or both â€” specifications are to be confirmed. The original LS-50C has a maximum load of 1.5 kilograms, meaning it’s not meant for supporting heavy monolights and softboxes but should be perfect for holding small speedlights and LED lamps.

As the new carbon fibre legs are cylindrical rather than flat, they may not fold down as small. It also looks like we may lose the adjustable levelling leg, designed to keep the risers vertical on stairs and uneven surfaces.

The Nissin LS-50C is available now for $175 at Adorama, B&H and Amazon. If that seems a bit steep for a small light stand, the competing Phottix Padat Carbon 200 is slightly cheaper at Amazon. Pricing and a release date for the Nissin LS-65C have yet to be announced.

Would you buy a carbon fibre light stand? Or do you need something sturdier? Share your thoughts in the comments below.