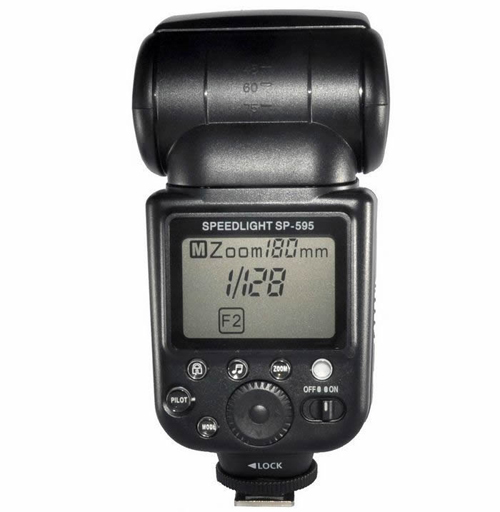 Oloong of China (not to be confused with the tea) has announced a new “entry-level” system flash, the SP-595. The device has full manual controls and features making it well-suited for off-camera flash enthusiasts. In some markets this product will also be branded the Voeloon V190.

There seem to be rather a lot of different devices from the Oloong brand with similar names, so where does this one fit in? The SP-680 and SP-690-series are TTL speedlights for Canon and Nikon. The SP-660 is an all-manual flash with a fixed head while the SP-660 II adds wireless TTL.

This new SP-595 is just like the SP-660, but adds an electronic zoom head that goes from 24 to 180mm.Â With power zoom, it is now easier to control the light output of the flashgun, be it tightly focussing the beam for maximum intensity, flooding an area with light or filling a softbox. 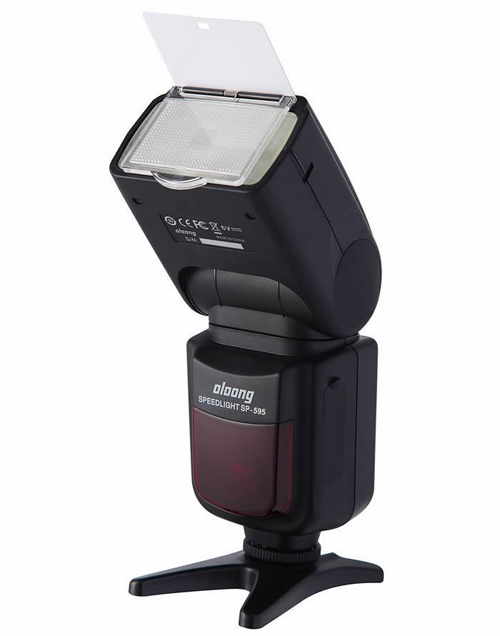 Other features from the SP-660 are retained, such as the large backlit LCD control panel, two optical slave modes, Canon CP-E4 type external power socket, PC sync jack, metal hotshoe foot and ready beep. At full power with four AA Ni-MH batteries, the SP-595 is specified to recycle in two seconds (more slowly for alkalines). The guide number is 55 at the 180mm setting. 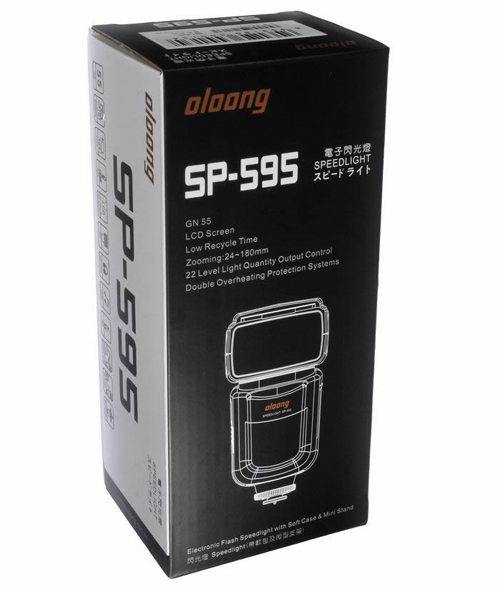 The Oloong SP-595 / Voeloon V190 is available now on eBay for around US$70 (about Â£44) and should start appearing at other sellers, such as EachShot.com, soon. That’s cheaper than the SP-660, so unless you are prepared to sacrifice zoom and money for a 1/256 minimum power level, the SP-595 is the clear choice. Competing brands in this price range include the Yongnuo YN560-IIÂ or you can pay a little extra for the YN560-III with built-in radio.