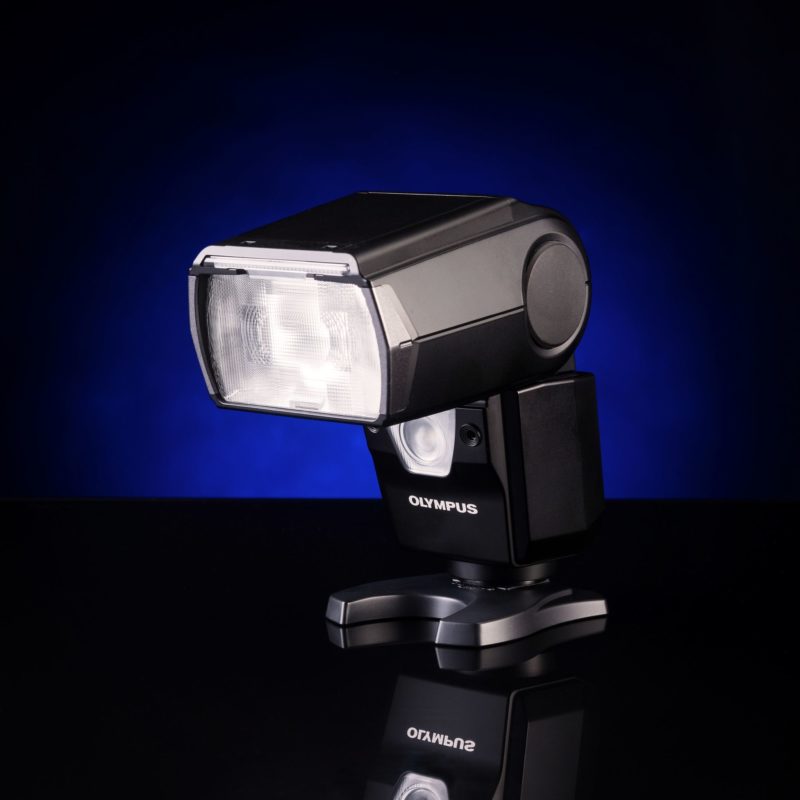 This review basically came about after a number of conversations I’ve had regarding my â€œrun n gunâ€ setup, which to date, was a Metz 64 AF-1. My original reason for choosing the Metz was the ability to use an external battery pack for reduced recycling times, whereas the current Olympus lineup have no external power option. It kinda came to a head when I did the review for the Quadralite Reporter 200 TTL (Godox AD200 variant), as I found the Reporter 200 to be far more consistent in TTL mode than my Metz. There was a brief conversation with a commenter, and it made me reassess my â€œrun n gunâ€ kit. Hence the Olympus FL-900R.

Bearing in mind my initial reason for the Metz purchase, I need to point out that the Metz doesn’t draw power from the external power pack until the internal batteries have started to deplete to some extent. That could be well into a wedding, to the point that the group shots are actually finished. So was I possibly fooling myself about the need for ultra quick recycling?

I guess I’d find out once I take it to a job. 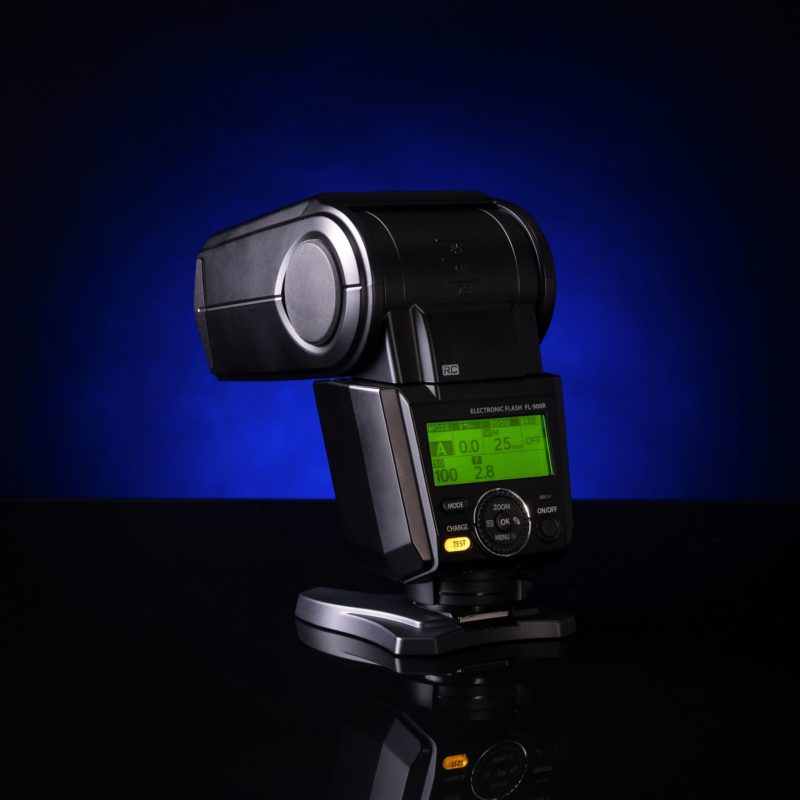 On receiving the unit, I gave it the usual cursory once-over. It was certainly solid, with a good locking mechanism for the hotshoe and rubber gator which effectively weatherproofed the hotshoe when on the camera. The buttons are very clearly defined and their functions are easy to discern. The menu system is extremely straightforward to navigate and quite intuitive. Oh, wait…

GN? As in Guide Number? Well, that’s a bit of a blast from the past. When in manual mode, turning the power up or down, the output is displayed as a guide number. Erm… not Â½ or 1/8 etc. A dive through the settings menu, and one option was to turn off â€œGNâ€. Oh yeah! Okay, so now we are using the more customary fractions as an indicator of output.

Freshly charged Ni-Cads inserted and a couple of full power pops showed the recycling to be around 2.5 seconds, as stated in the specs, which isn’t too shabby. Bearing in mind my reason for the Metz purchase, I was beginning to realise the ultra fast recycling provided by the external power pack wasn’t really a boon, as it wasn’t made available until quite late in the day, once the Metz’s internal batteries had started to drain. I’d managed with standard recycling times not really impacting on my work. So, either my shooting style has changed over the years, or I’ve just gotten slower as I’ve gotten older. Anyway, the recycling time of the FL-900R certainly didn’t worry me, and I’d see how it performed in a working environment.

So, what about the output?

The Olympus FL-900R is a dedicated Micro Four Thirds speedlight, so the zoom configuration is matched to the manufacturer’s lenses. I tested the light output with the head zoomed to 52mm and 100mm. With the sensor 2x crop factor, the angle of view is similar to 104mm and 200mm. The reason both zoom lengths were measured, is because there are a lot of speedlights that have a maximum zoom of 105mm.

So now for the acid test. I had a simple â€œrun n gunâ€ event booked within a couple of days of receiving the FL-900R. Nothing strenuous, just a networking event with a couple of speakers and a few informal awards. Ideal as a litmus test for recycling and TTL abilities. It also meant I would only need my main camera bag, rather than lugging a full location lighting kit along.

Of course, as I walk in the door and asked to shoot the food too, then I have to take a quick mental run through of everything I’ve brought. Speedlights, the Sundisc I’ve previously reviewed and also a small speedlight grid. Yeah, it’ll do. 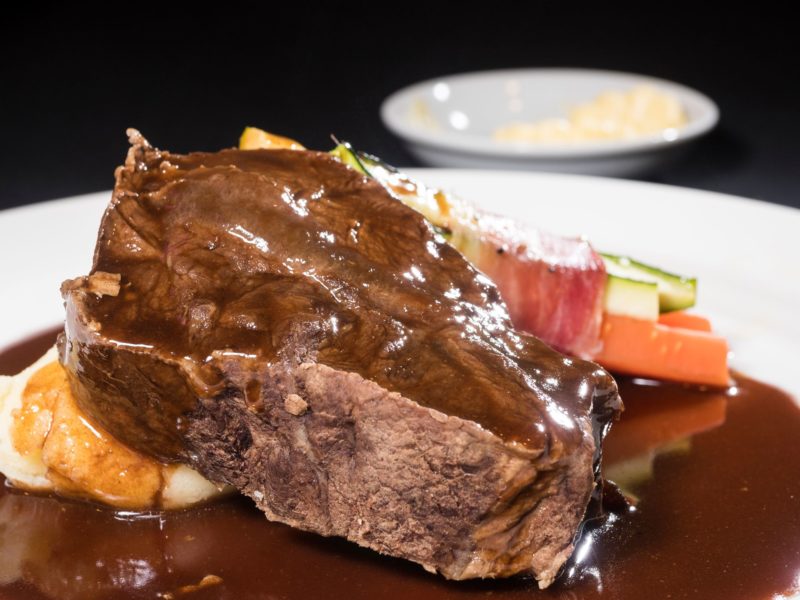 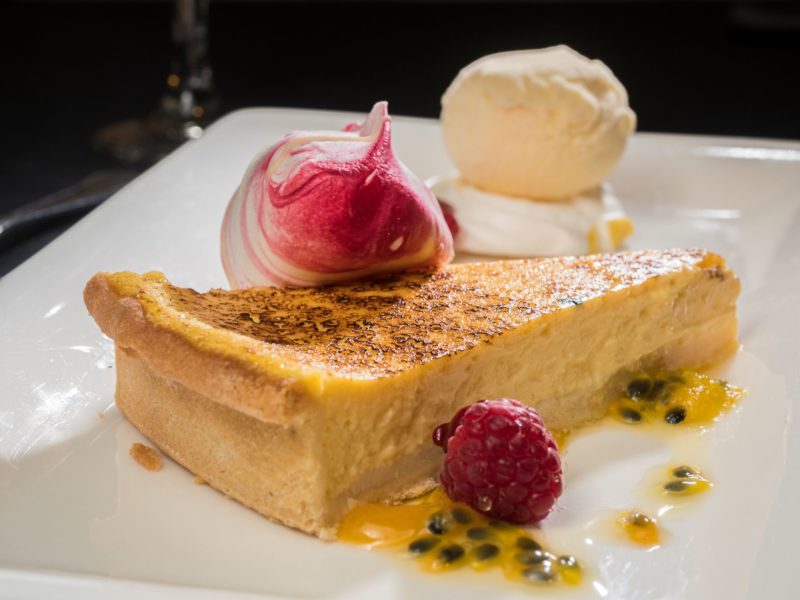 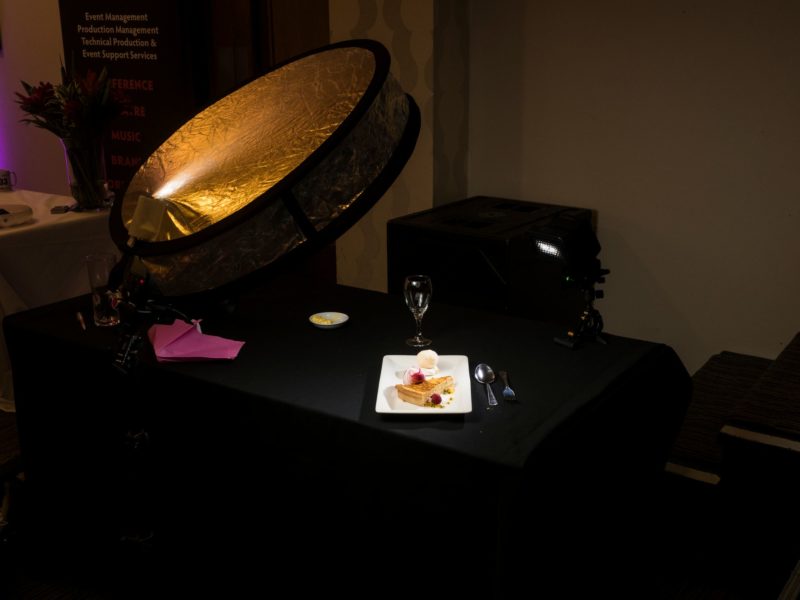 Whilst I was having to switch from the food photography, to the awards, or room shots quite frequently, I particularly liked how the FL-900R switched between previously used modes when on or off camera. Whilst shooting the awards and on camera, it automatically switched to my last used settings whilst on-camera, which were TTL-Auto. As soon as I removed it from the camera, it reverted to my last off-camera settings, which was Manual at 1/8th. This may seem insignificant, but the fact I didn’t have to remember to change modes, or remember settings when going from one technique or subject to another, was actually quite a time saver.

Regarding the actual â€œrun n gunâ€ stuff, I found the interface very simple to use, and actually much quicker than the Metz. I’d always found the touch interface of the Metz to be a bit cumbersome, and a general hindrance to be honest. 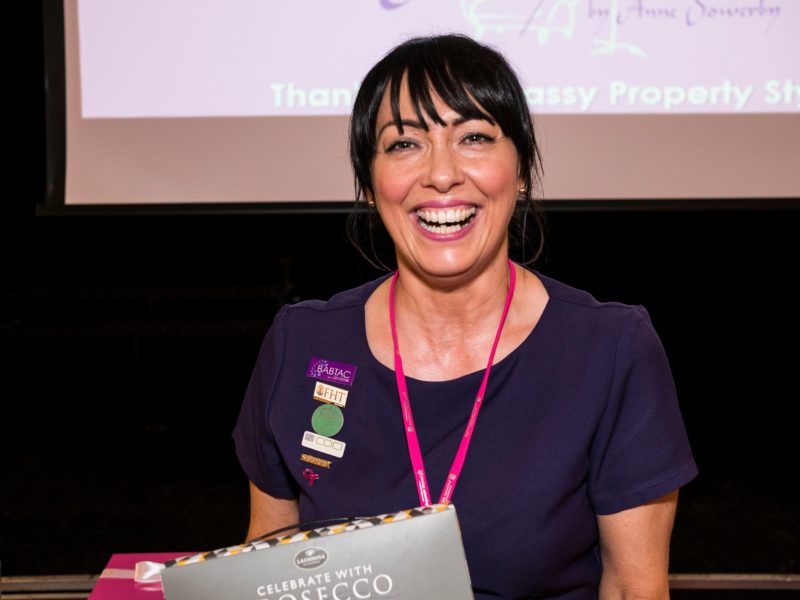 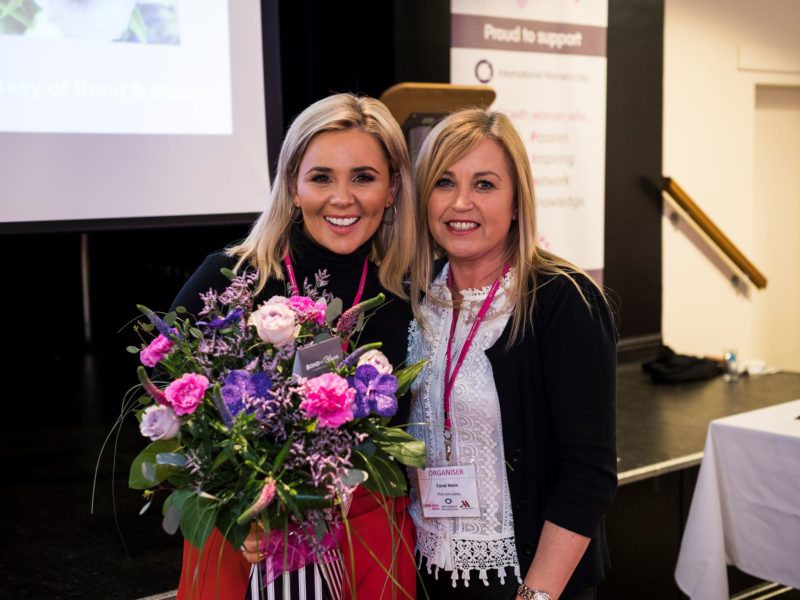 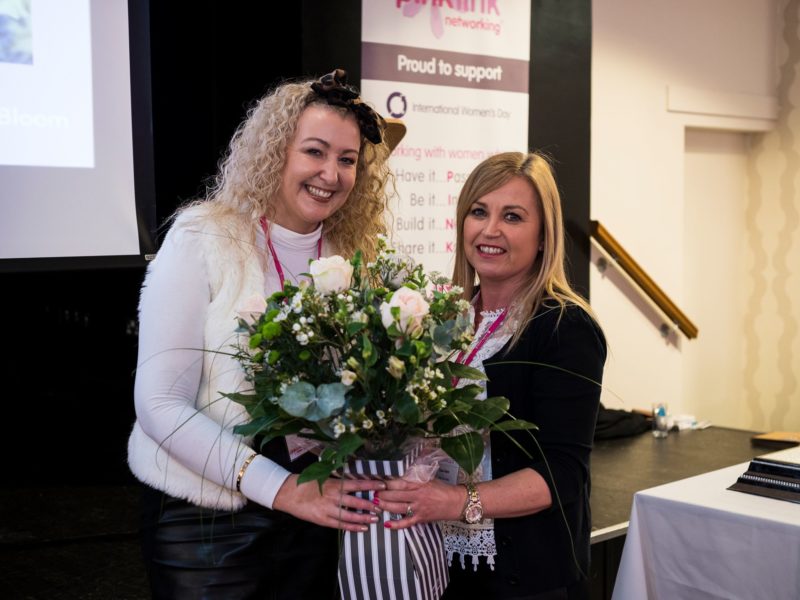 I had no exposure issues throughout the event, other than the standard TTL challenges such as a lot of white or black in the frame causing slight exposure shifts, but no more than expected and far less than I’ve experienced with the Metz. 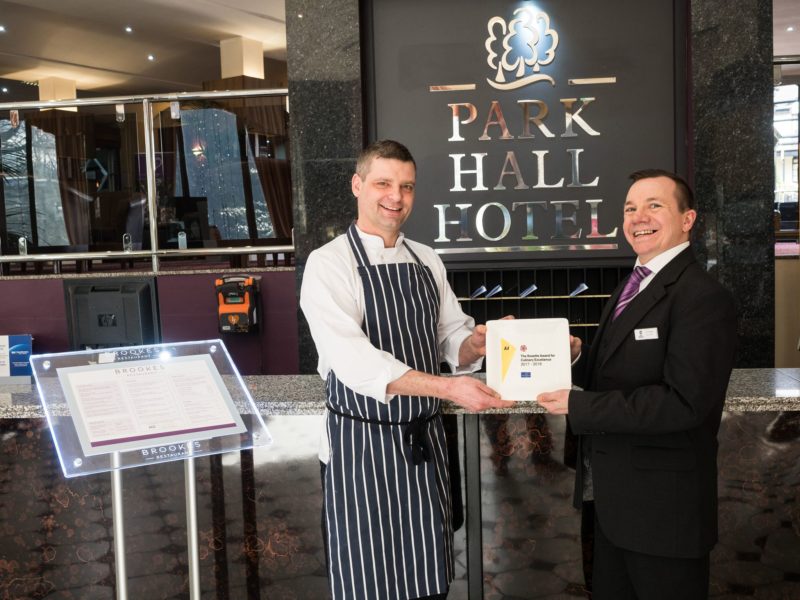 My next assignment was a quick PR shoot with a Hotel who had been awarded an AA Rosette for their head Chef. By now I had become confident in the FL-900R, and it was simply a case of pre-selecting a rough exposure value and take a shot to check. The FL-900R nailed the test shot, and I didn’t need any further images.

Later that day, I had another networking event which would require a more pro-active â€œrun n gunâ€ style, as they needed images of folks interacting and talking. This would be more of a test for the recycle time compared to anything previous. 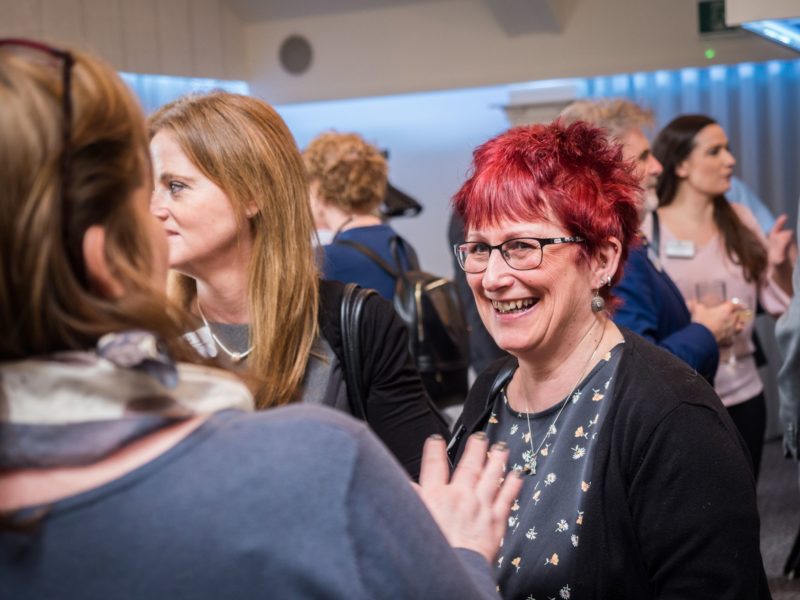 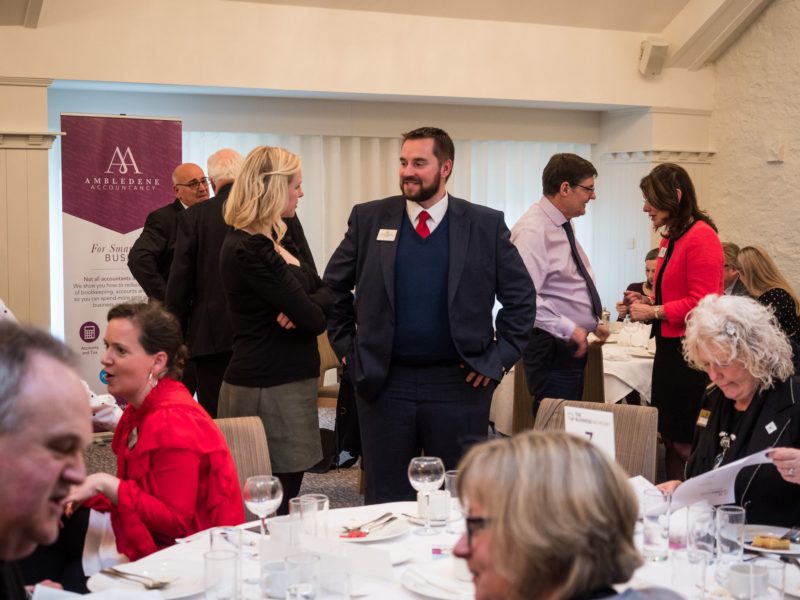 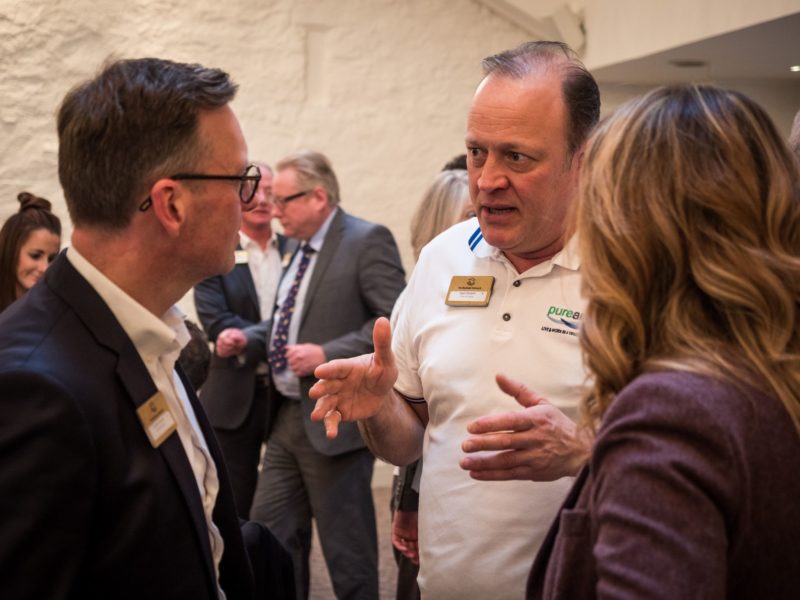 I had no issues at all, and the TTL managed perfectly throughout the event. Any rejected images were down to gurning rather than exposure.

I found the FL-900R to be thoroughly reliable, with TTL exposure nicely predictable and consistent. The retained settings when removing it from a camera, or returning it were a huge benefit. And whilst it may not sound like much, the time saving can be immense. In a situation where you are having to constantly switch from TTL on camera to manual when off camera, it saves missed shots whilst adjusting settings (or in my case, forgetting to change settings!) and it’s quite liberating to just forget it, knowing it will be exactly as you used it last, in either situation.

I found using it in manual to be very straightforward. Once you have selected whatever you wanted to adjust, if you then select okay later, it immediately highlights the last item you adjusted, whether power output or zoom etc, again making it quick to use.

I’m now in two minds whether to keep the Metz as another manual use fill light, or just dump it. The FL-900R certainly does everything my Metz did, but more reliably and quicker too. And of course, the TTL issues I had with the Metz may just have been my copy, but it’s something I won’t be giving a second thought to in future.