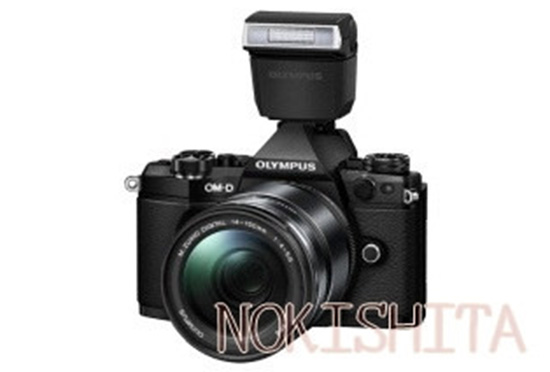 The rumoured Olympus E-M5II compact system camera is likely to be released alongside accessories including a tilting flashgun, leaked pictures suggest. The upcoming FL-LM3 flash, shown in the photo below, looks to have a head that will tilt and evenÂ swivel, unlike most built-in or bundled camera flashes.

Its predecessor, the FL-LM2, comes bundled with the Olympus E-M5 and PEN series cameras, has a “dustproof and splash-proof construction” and can work as a master flash for an advanced wireless system, but does not rotate except to fold away. If the FL-LM3 takes batteries rather than being powered from the camera accessory port, it would be a major step up in terms of power and versatility â€” though might also make it less likely to be bundled for free with the camera.

The leakÂ comes around the same time as the release of the Metz 26 AF-1, a compact flash designed as an upgrade for mirrorless cameras that don’t haveÂ user-orientable flashes on board.