Westcott has announced “the world’s first 15-in-1 reflector”, called the Omega Reflector 360. It is a 40-inch (100cm) multi-purpose pop-up reflector with “the luxury of a ring flash effect”. 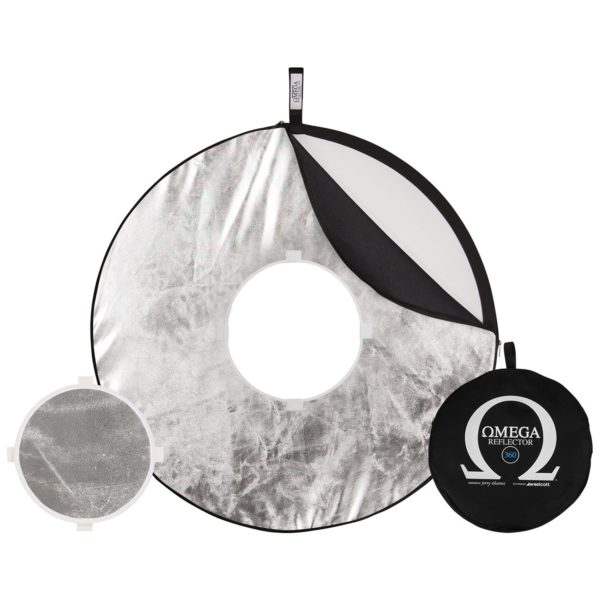 In essence, the Westcott Omega Reflector 360 is a 5-in-1 reflector (black, white, gold and silver reflective; plus white diffusion) with a removable diffuser disc in the middle. This 13-inch disc (which can be used as a reflector in its own right) also has interchangeable white, silver, gold (“sunlight”) or black covers.

This means you can use outer part of the Omega Reflector in one of the five original configurations, in combination with five different disc configurations, or with no disc in the middle at all. That’s 5 × 6 = 15 configurations in one. (Nailed it!)

Using the Omega Reflector without the central insert means you can poke your lens through the middle and use it a bit like a ring light: perhaps reflecting backlighting forwards onto your subject as a main light for a high-key style setup using just one light source. 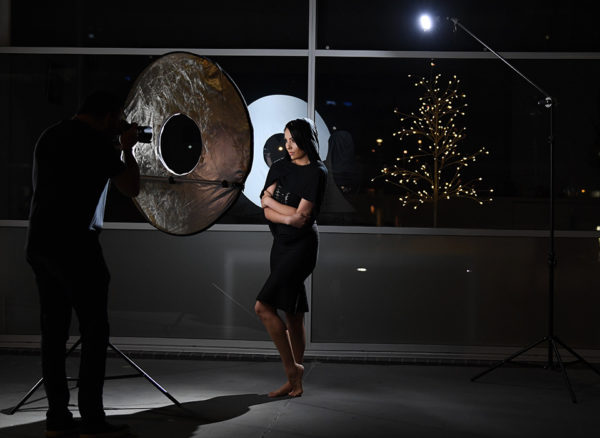 By using different inserts you can also vary the look of catch-lights (eye reflections) in your portrait images.

The Omega Reflector 360 is priced $129.90, available from Adorama and other dealers. Visit the Westcott product page for more information.