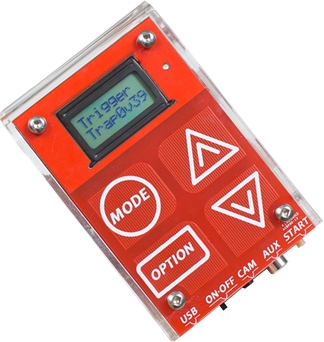 TriggerTrap, an “open-source, Arduino-based universal camera trigger” has been fully funded and production is imminent, according to its designers.Â They say “in a few weeks, the factory will start creating the devices.â€

You can trip the device using light, lasers, sound, time-lapse or an auxiliary input. The TriggerTrap can then set off cameras using shutter release cables, infrared, sync cords or a bit of DIY soldering.

Suggested applications (some more serious than others) include:

For more information on how it works and potential applications, visit theÂ TriggerTrap web site.

The TriggerTrap has an estimated release date of “February 2012”. The price direct from the manufacturer is US$125 excluding cables.