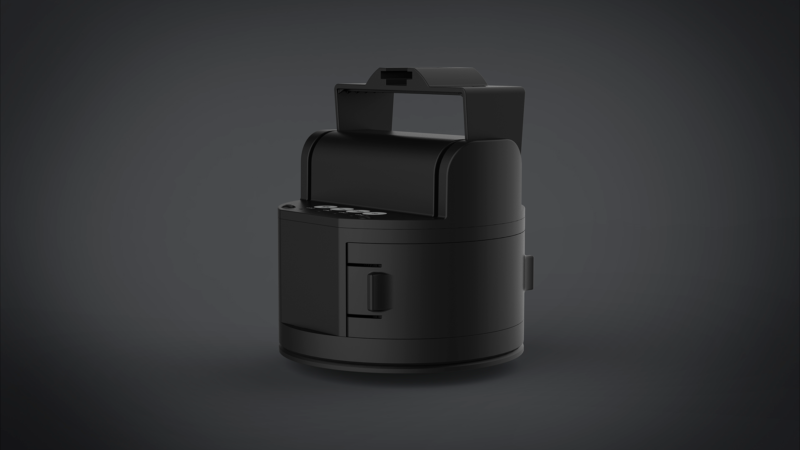 Kickstarter backers are feeling aggrieved after Panlight, a remote-controlled pan and tilt device, successfully reached its crowdfunding target only to be later cancelled.

Mike Garrard of Panlight Limited launched a campaign in 2014 to raise Â£23,000 to produce the device, which promised to allow photographers to adjust the orientation of remote cameras and flashes in hard-to-reach places. The units were scheduled to ship this year.

The Kickstarter campaign collected Â£55,431 in pledges â€” more than doubleÂ theÂ target. Following the end of the project, but before any products shipped, Panlight Limited and its patent application were acquired by Manfrotto UK on 6 November 2015.

Garrard and Manfrotto then decided to cancel the project, apparently on the grounds it was not commercially viable. The Kickstarter backers were left without their Panlights, but have been offered vouchers for Manfrotto products as consolation.

“Subsequent to the acquisition, the development of the Panlight remained the responsibility of Mr. Garrard as the inventor and visionary behind the concept. From Manfrottoâ€™s side, it committed to making those necessary investments required to finalize the Panlightâ€™s development and create a viable, professional, commercially acceptable product at (or reasonably close to) the forecasted price point.

“Unfortunately, after the devotion of substantial efforts and a considerable continuing investment over the past year by both Mr. Garrard and Manfrotto it has become clear that the Panlight prototypes were (and would continue to be) unable to meet the operational standards of both its Inventor and Manfrotto. While all of us, particularly Mr. Garrard, had high hopes and expectations for the product it is evident that it cannot be manufactured to meet those minimum standards of quality, operational capabilities and safety that would be required by both Mr. Garrard, Manfrotto or the professionals who would ultimately utilize them.

“In light of the above, it is with regret that Manfrotto has no alternative but to close the project.”

Despite the offer of compensation (commensurate with the amount each person pledged to the project), some Kickstarter backers remained unimpressed. In the campaign comments, many have expressed disappointment in the outcome. Some have pledged never to back a crowdfunding project again.

The official Panlight web site shows no news of the move, only listing an old notice that the company has been sold to “a global product company from the imaging industry”, later revealed to be Manfrotto.