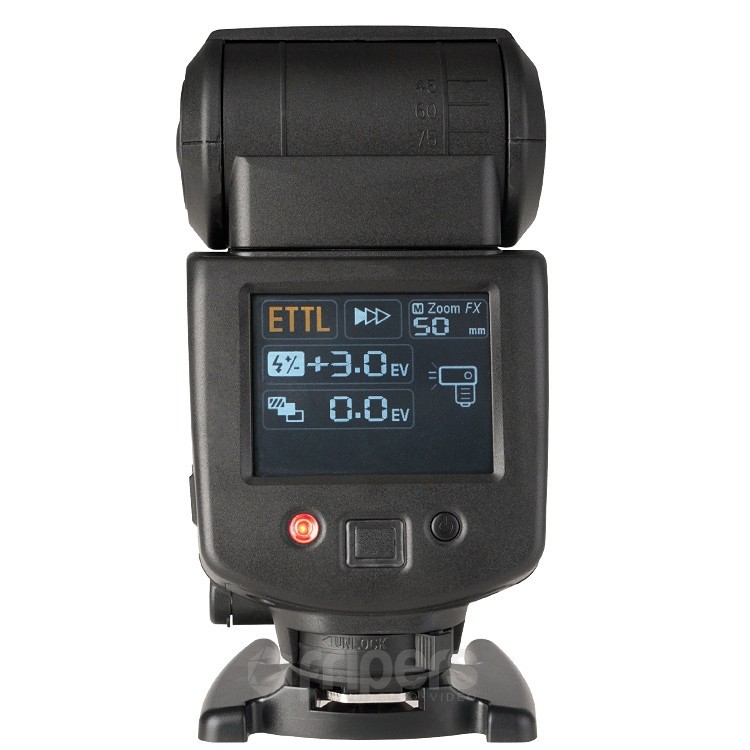 A new flash, the Phoebus 600AX, has been released with a fancy-looking 2.2-inch colour touch screen and high-end features. 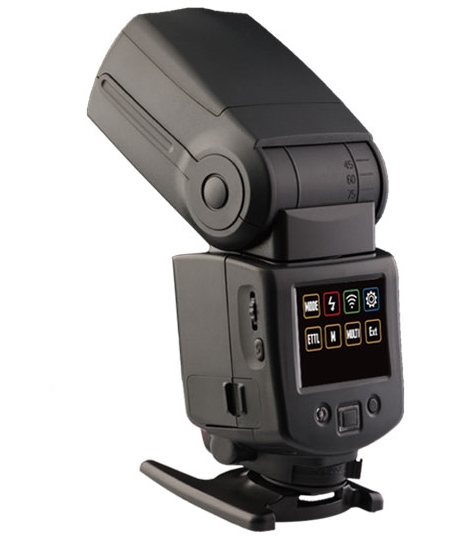 The flash, also known as the Yinyan 600AX-RT, is made by the same company behind the low-end ChangyinÂ CY-20 and CY-450M, namely Chinese manufacturer Changzhou K&H Photographic Equipment Co., Ltd.

Like the Triopo TR-986, Nissin MG8000 and Metz 64 AF-1, this unit has a modern-looking TFT screen with full colours, rather than aÂ more traditional monochrome liquid crystal display.

There are two versions: the Phoebus 600AX-C and 600AX-N, for Canon and Nikon, respectively. They each support high-speed sync, wireless TTL master and slave modes, and according to specs,Â radio master and slave functions like the new Speedlite 430EX III-RT. It is not clear if this is compatible with the Canon 2.4GHz system (presumablyÂ the Nikon version won’t be) or Changyin’sÂ proprietary system (an early review suggests the latter).

User input is handled through the touch screen, a control wheel on the side, various buttons and a D-pad on the back. 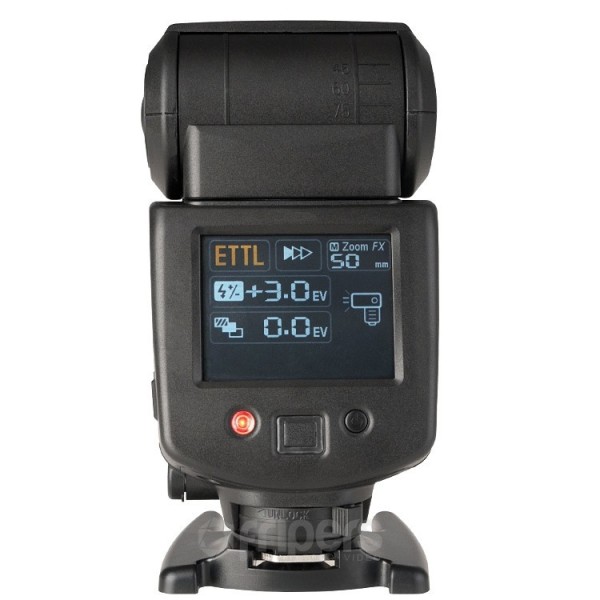 The flash comes with a Stofen-style diffuser cap which accepts four colour filters: blue, yellow, green and orange, or a plain white diffuser. This is in addition to the integrated flip-down diffuser panel and white bounce card.

You are spoilt for choice when it comes to sync: pick between the (all metal) TTL hotshoe foot, built-in radio slave, optical wireless TTL, manual optical slave, a Prontor/Compur (PC) port or 3.5mm (miniphone) jack. It couldÂ put even the likes of the “Quad Sync” LumoPro LP180 to shame.

So, from relatively obscure origins, a flash that appears to have everything: a nice-looking (hopefully nice to use) full-colour interface, full manual control, TTL for (at least) Canon, built-in radio master and slave, wireless TTL, advanced and basic optical slave features, support for battery packs and two sync ports.Â And all that for less than the brand new Canon 430EX III-RT, which lacks probably half of these features.

I’d certainly be interested to try it out, at least to see if it is as good in the real world as it is on paper.