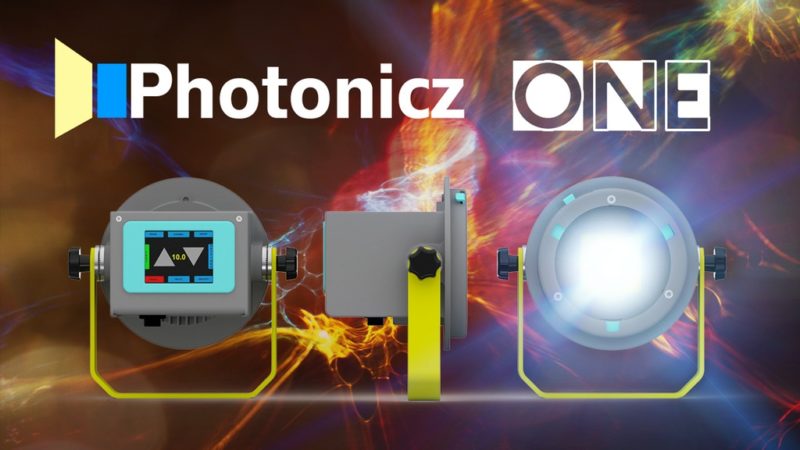 US-based company Photonicz has launched the Kickstarter campaign for its previously-teased studio flash, the Photonicz One.

The newly-revealed device is a small, LED-based monolight with a touchscreen control panel and built-in wireless control (with Android and iPhone app support). It has a Bowens S-fit accessory mount and runs from standard V-mount lithium ion batteries. The unit costs $749 for early-bird backers.

The technology and many of the claims are similar to the LED Light Cube, another LED-based studio flash with “zero recycle time”, distributed in the UK by the now-defunct Bowens.

As the main light source is a light-emitting diode rather than a Xenon flash tube, the user can control the flash duration directly—it’s effectively a continuous lamp that you can switch on and off very quickly. And because the power is applied directly, rather than being stored in capacitors first, there is no recycle time.

Designed to be weather sealed, the Photonicz One has a ‘modular concept’ which allows the power supply and circuitry of existing units to be upgraded later. There is a built-in cooling fan and a USB port for free firmware updates.

An integrated 2.4GHz wireless system provides features such as “TruTTL” (which seems to fire a full-intensity flash to preview the exposure before you take a shot) and “HSSpro”, a proprietary high-speed sync function (which seems to involve leaving the lamp running for a duration equal to your shutter speed).

Some of the manufacturer’s claims are fairly dubious—the company gives no concrete information regarding technical specifications and makes fatuous assertions, such as saying the output is “equivalent to more than 2,500Ws under various conditions” without specifying what those conditions are. To be clear: a conventional 250-watt light bulb is equivalent to 2,500Ws if your exposure time is 10 seconds, so without further information, the ‘2,500Ws’ line is meaningless at best.

When challenged by Lighting Rumours to give a more helpful energy rating, Photonicz said: “At 1/250th of a second shutter speed on a full frame camera, PHOTONICZ ONE will output the equivalent of around 700Ws when compared to traditional strobes.”

The “VariSpeed” functionality allows the flash duration to be longer (as in the light bulb analogy above) by extending the light-on time, but this would require a slower shutter speed to be capture the additional light. If the 700Ws-at-1/250s rating is accurate, then you would need a shutter speed of 1/70 second or slower to get the full 2,500 joules in your photo. 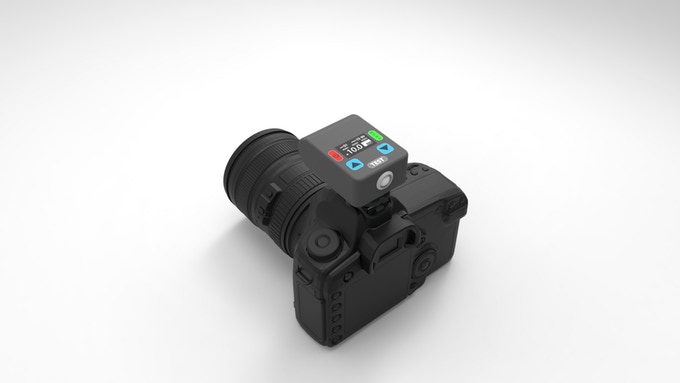 The optional $150 Photonicz Remote acts as a trigger and remote controller, but also features a built-in incident light meter to help measure lighting ratios when balancing flash and ambient light. Apparently the operating range is up to 1 kilometre.

Other features include “VariShape”, where you can control the shape of the light emitted by the LED array.

Despite claiming to outpace every other light on the market, the Photonicz One cannot connect directly to a smartphone—only via the Photonicz Remote, which might be disappointing for cameraphone photographers and Godox A1 fans.

The company hopes to raise $84,900 by 9 October 2017. Visit the Kickstarter campaign page for further information.