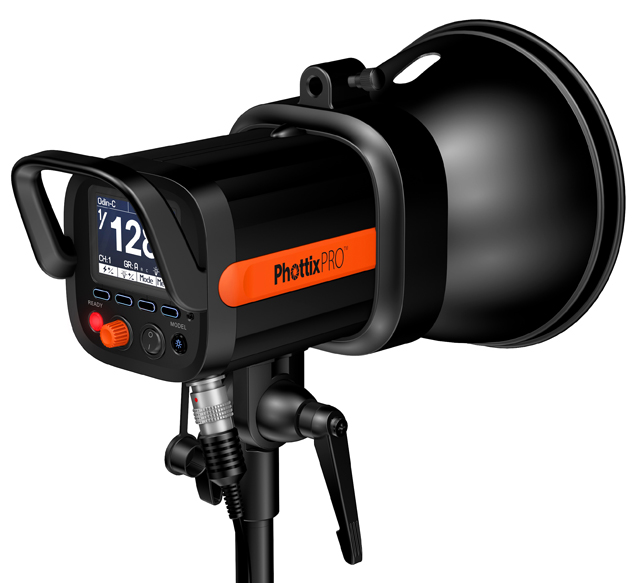 Phottix has announced the Indra 360, a radio-enabled TTL monolight to join the company’s Indra 500 flash head. The new 360-joule studio lamp is a lower-powered light with the same features and based on the same chassis, but lighter in weight and (unsurprisingly) offering more full-power flashes per charge.

The Indra 360 is a self-contained studio light that can run from a proprietary battery pack or from an AC adapter. It has a Bowens S-fit accessory mount for all your existing studio light modifiers. Its announcement came just before Profoto, another maker of TTL studio lights, announced their own low-powered B2 flash. A new Indra360 battery pack was also announced, which is extremely small and light compared to the original Indra500 pack. 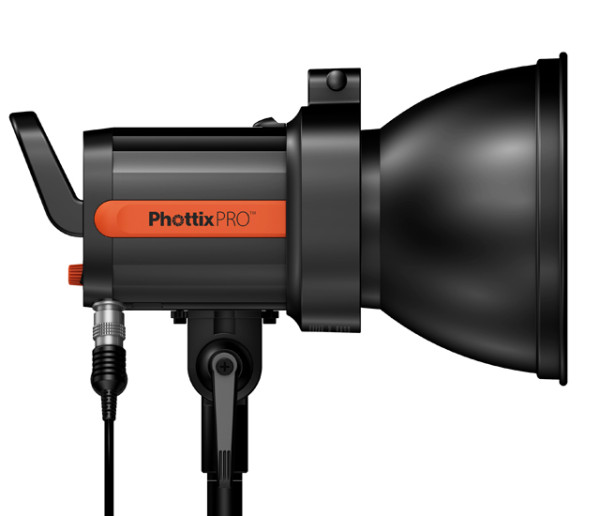 â€œOne of the comments we keep receiving from our testers is that the Phottix Indra500 TTL is too powerful,â€ said Steve Peer, Phottix CEO. â€œWe recognize not every photographer needs 500 watt-seconds of TTL power. The new Phottix Indra360 TTL is ideal for those photographers.â€

What makes the Indra system unique is its integration with Phottix’s Odin and Strato radio system, which can also be used to trigger speedlights in TTL or manual mode. Auto exposure control, high-speed sync and flash exposure compensation are supported for Nikon and Canon through the Odin transmitter control unit.