Phottix has officially announced the Odin Lite, a manual radio trigger that we spotted a few weeks ago. The Odin Lite has four groups and 32 channels and allows remote power and zoom control of all the company’s Mitros+ and Juno series speedlights and Indra-series studio lights.

Though it lacks TTL and high-speed sync support, the Odin Lite has a universal foot so you can use it on any camera’s hotshoe without compatibility woes. The design is otherwise similar to the Odin II, with a large, clear LCD screen and quick access to the four groups: A, B, C and D.

The ‘Digital ID’ system, a bit like on PocketWizard MultiMax, effectively gives you a password so only you can trigger your flashes.

Also on show at Photokina this year was the new Phottix Juno Li60, a radio-enabled flashgun with a 3200 mAh battery. Effectively the same flash as the Juno TTL, but with manual power control only for now; a Li-ion TTL flash is planned for the future. The Juno Li60, like the Juno TTL, works as a master or as a slave, with full control over the power levels and zoom of remote flashes.

Guide number is 60 at 200mm zoom, with a recycling time of 1.5 seconds at full power. Interestingly, unlike Yongnuo’s new YN560Li, the Juno Li60 retains its CP-E4 high-voltage input for connecting external battery packs. 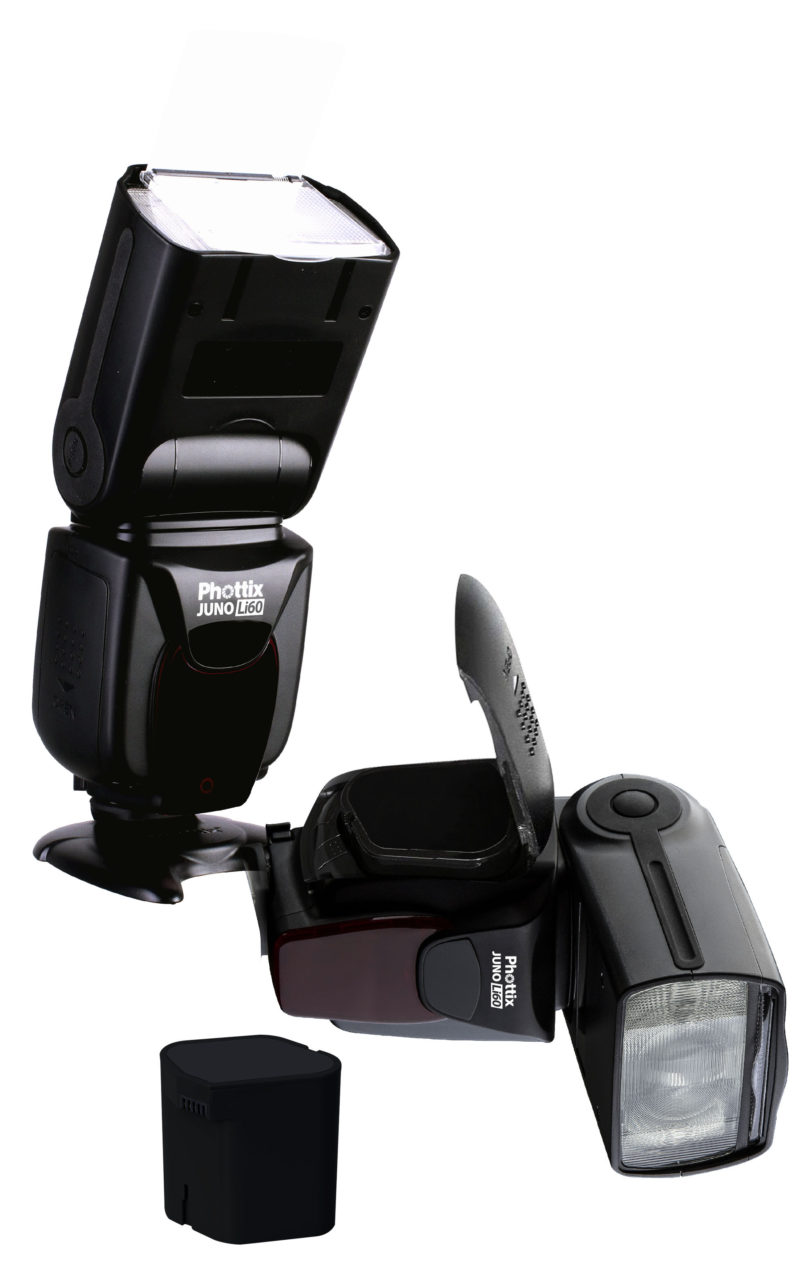 Both devices are expected to be available in ‘late autumn 2018’.