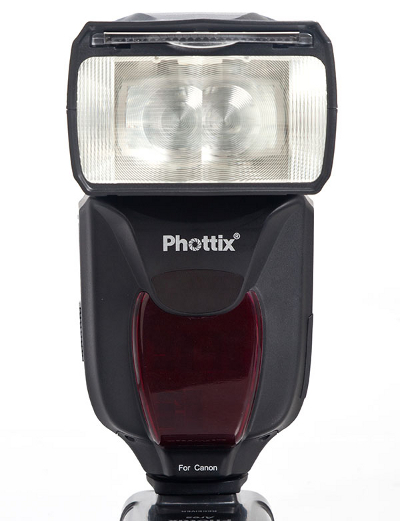 Phottix has announced that the Mitros TTL Flash for Canon is now available from their online store.Â Until now, the Mitros was on sale at the manufacturer’s various distributors around the world, but was not listed at the Phottix Store. Now, if there isn’t a local dealer in your area then you can order the product directly from the source.

The MitrosÂ is a high-end aftermarket flashgun designed for Canon E-TTL cameras. It offers advanced wireless (optical) communication and automatic exposure control, with support for external battery packs and high-speed sync (HSS). It isÂ compatible with TTL flash triggers such as Phottix’s ownÂ OdinÂ system, but unlike the Yongnuo YN560-III and Triopo TR860EXÂ there is no radio receiver built into the flash itself.

Customers will pay a premium for going direct, presumably so that Phottix doesn’t undercut and annoy its distributors. The Phottix Store price for the Mitros TTL Flash is $349.99 â€” $50 more than from AdoramaÂ and other US-based dealers.

There is still no sign of the Mitros for Nikon, which was originally slated for release this month but has been pushed back to the summer.