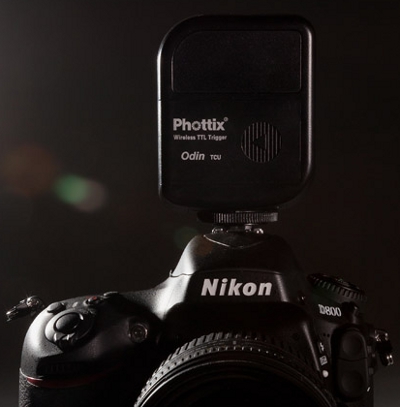 Phottix have started a countdown to what can only possibly be the long-awaited Odin for Nikon wireless i-TTL trigger.

On their blog, a timer ticks towards midnight on Tuesday 19th June 2012, Hong Kong time, which is equivalent to 4:00pm on Monday 18th June GMT (5pm BST). The caption says only “It’s coming…” but there is no doubt that it refers to the i-TTL Odin Trigger.

For Canon users, the Odin for E-TTL is already availableÂ at US$350.00 for a transmitter-receiver kit, directly from Phottix. Extra receivers cost $145 each. You can also buy in the USA from AdoramaÂ or in Britain from Phottix UK resellers.

On the off-chance we’re wrong about it being the Odin, the next most likely candidate is an upcomingÂ new speedlight.