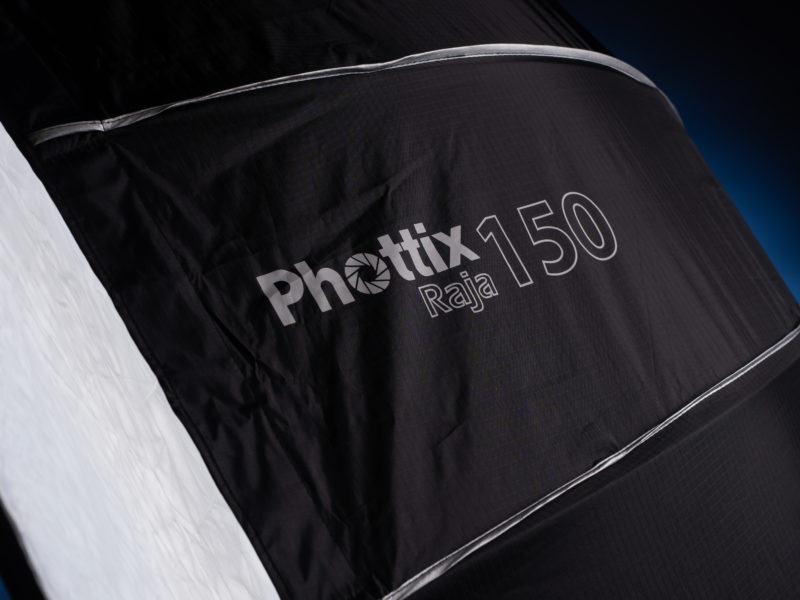 This is the large Phottix Raja 150cm Hexabox. Another addition to my modifier range, alongside the strip boxes and 105cm Hexabox from Phottix. I expected the 150cm version to be manufactured to the same exacting standards I found on the others I owned, and I wasn’t disappointed.

Once again, the softbox was supplied with a tailored case. Really nicely made, with substantial padded walls and a really good quality zip. Best of all, the make and model of the softbox is emblazoned on the side of the case. Believe me: if you are working your way through a couple of dozen modifiers in a pile, having the modifier type and size in large letters on the side of the case saves a shedload of time. 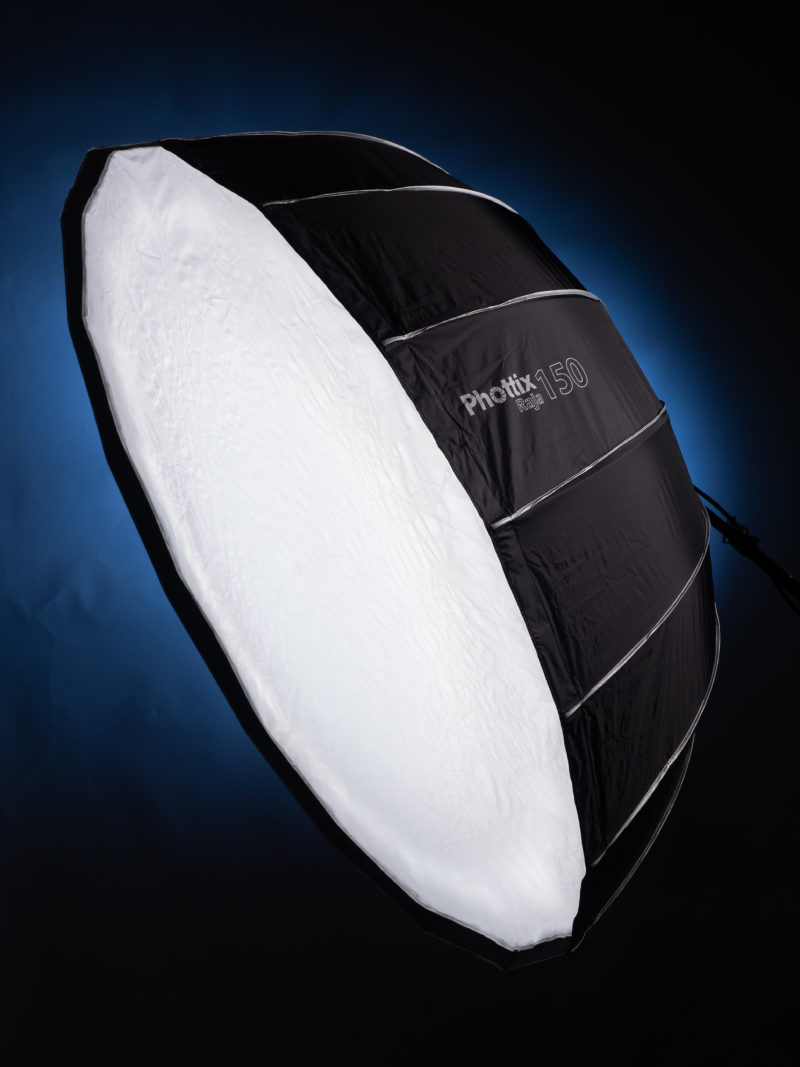 The exterior material of the softbox is the same ripstop type nylon as my other Phottix boxes, with the contrasting light grey beading along the ribs. The brand name and modifier details are emblazoned on the side, just in case you forget. The interior material is the same, highly reflective silver that adds to the contrast quite nicely. 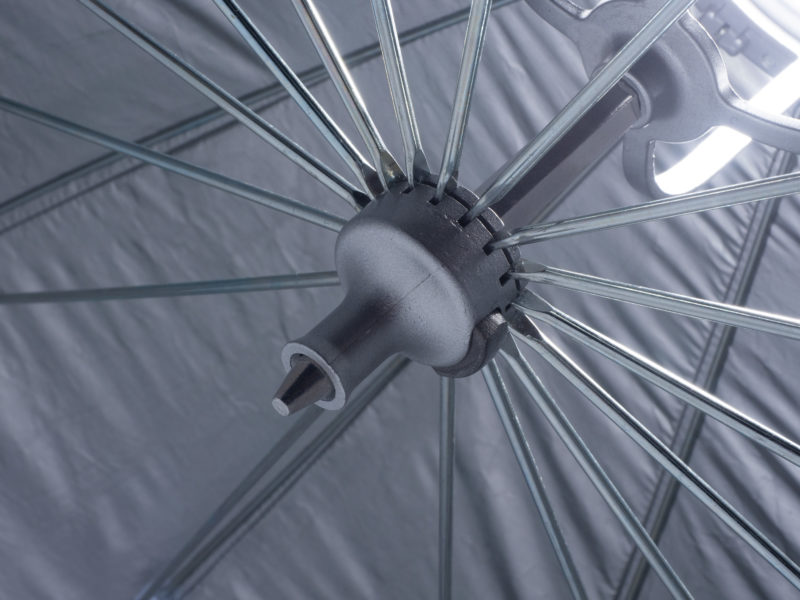 My first challenge was erecting it. The mechanism is the same ball and button as the others, but the central locking rod is short, and you have to almost fully erect the box before the locking mechanism even engages with the central rod. You then have to push it further down to reach the locking groove and hear that rather satisfying click as it locks in place. The first time I had a go at putting it up, I found I was pretty much waving the locking globe around the interior of the softbox, and the nearer it got to the central column, the more difficult it became.

Now, I’m not entirely sure if I find it easier because I’ve used it quite a lot, and therefore had more practice, or whether it’s just down to the softbox relaxing a little. But the end result is that I can put it up with just a little more huffing and puffing than when I’m using the 105cm Hexa. (Bear in mind, I’m old!) 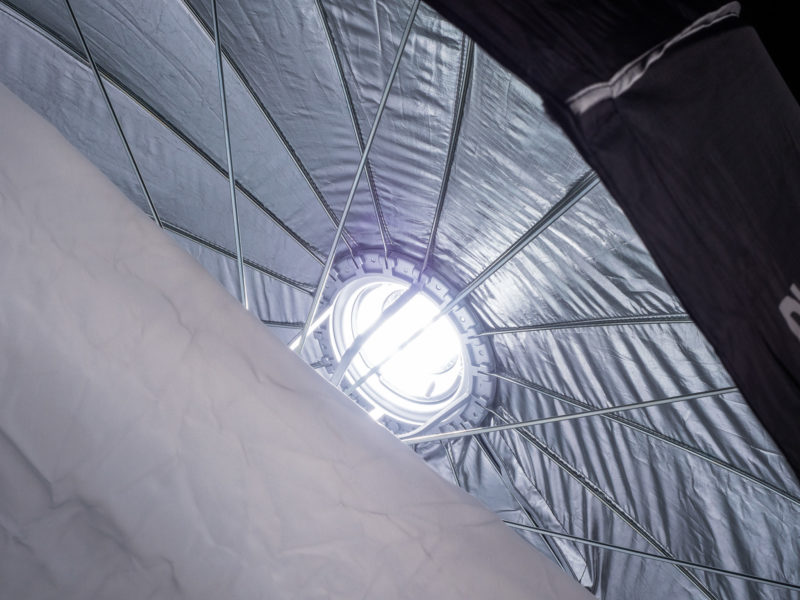 The light tube is seated fairly well forward in the mount ring, filling the back of the softbox really well. No mean feat, when considering the rear wall is pretty much flat. 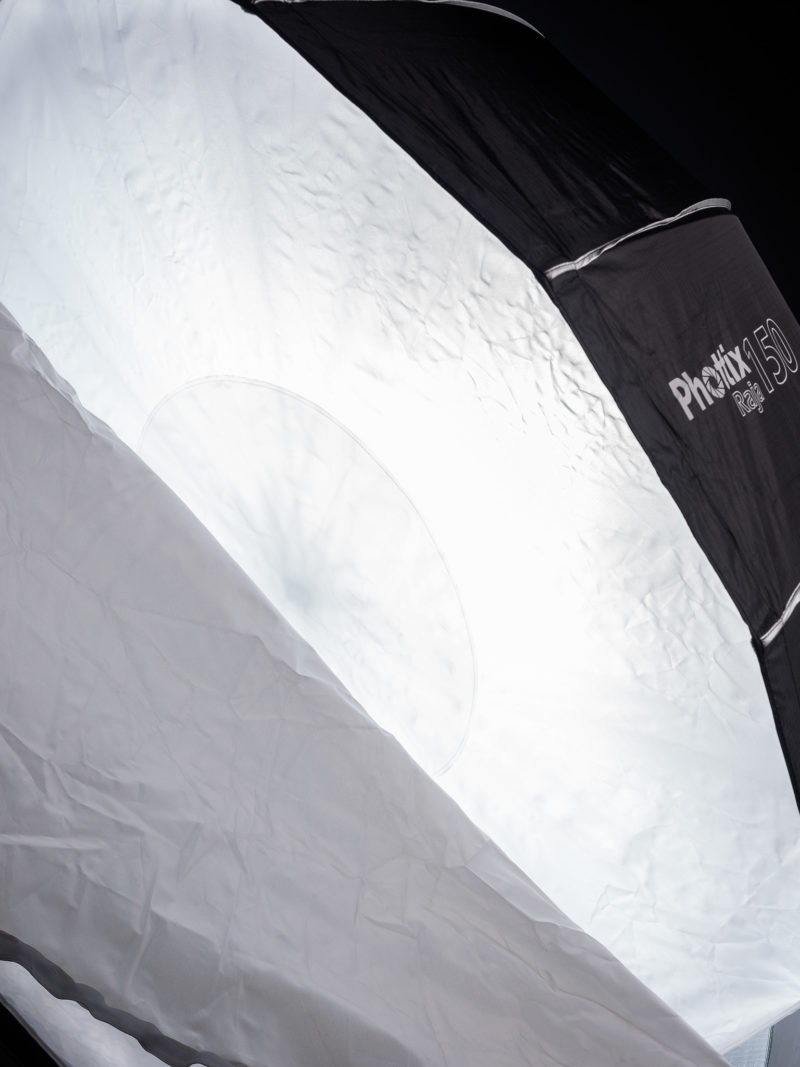 The inner diffusion panel is damned near a dead fit, with very little gap around the edge. It’s fixed in place with the usual hook and loop tabs. Extremely secure. The centre of the panel has a circular double density patch, ensuring there is no â€œhotspotâ€ causing any issues.

The outer panel is a very neat fit. In fact, it’s such an accurate fit, that should you not start the attachment off at a join to match the panel, you will find it can pull. Once accurately in place, it aids the rigidity of the whole softbox.

Unlike the other softboxes I’ve reviewed in the Phottix Raja range, the 150cm does not come with a honeycomb. (Erm… about that. I managed to source a dead fit 150 Hexa honeycomb from another manufacturer. Ahem.)

And what about packing it away?

A piece of cake, as they say. Reach in, stretch a bit further (because it’s a 150cm hexa, and ruddy huge!), wave your arm about till you find the centre column and collar. Squeeze the collar till you hear the pop as it lets go. Done!

This is a big box. I’ve used 150cm octas for the last decade, and longer. 150cm octas don’t really seem that big, to be honest. But for some reason, this 150cm Hexa seems far bigger. It gives a nice circular catchlight to the eyes too. Octas are readily identifiable in in catchlights or reflections, but the hexa shape is damned near circular, and could be pretty much anything.

The quality of the silver lined interior, and the fact the diffusion panels are well fitting and taut, as well as its shallow design, means the light loss is not as great as I have seen with other similar sized softboxes. And as with their other softboxes, Phottix supply the light loss information on the tag, attached to the case.

Okay, so this was never going to be a food shoot kinda mod. No, this needed some room. It’s definitely at home in the studio, and one of my first shoots with it, was a quick portrait. 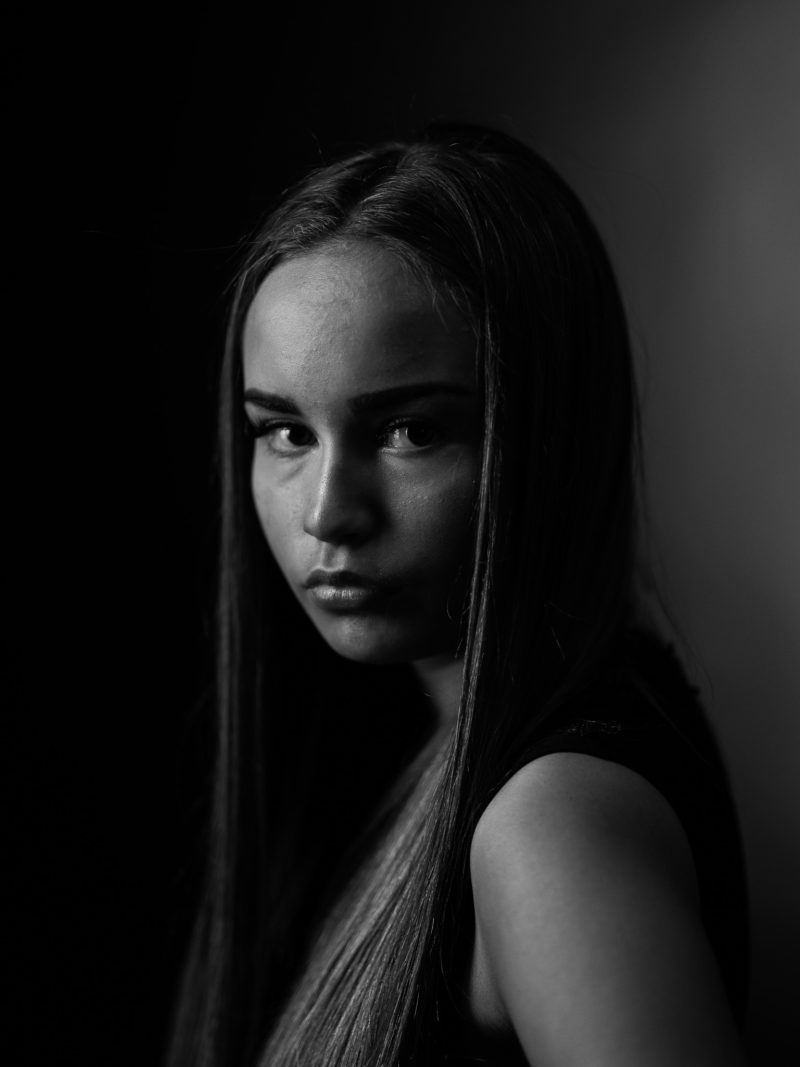 The 150cm Hexa was placed frame left, and barely above head height, mimicking a window. The background was lit frame right with a honeycombed stripbox. I found the contrast from the 150 very pleasing, to be honest, and leant itself really nicely to this Chiaroscuro lighting example. 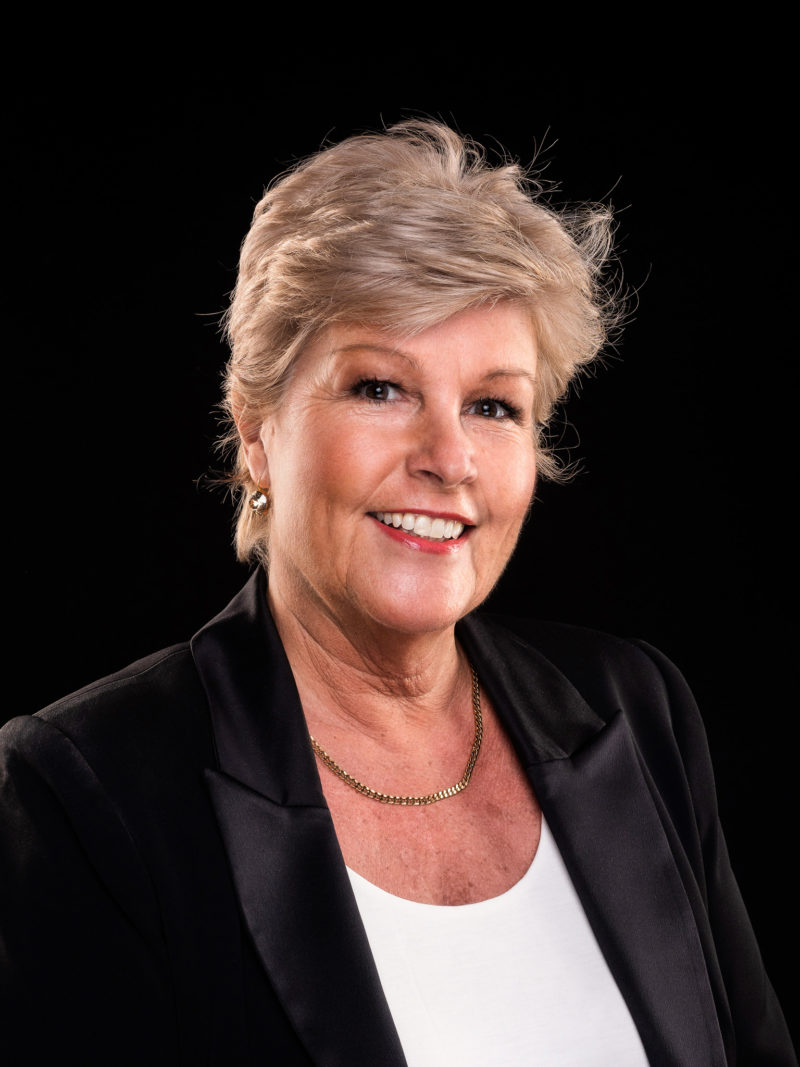 And a business headshot, with a more traditional lighting setup with the 150cm Hexa frame right and above head height. There was a honeycombed stripbox frame left, providing the accent light along her jawline, hair and cheek. Another honeycombed stripbox frame right, turned down a bit to offer a very subtle accent across her temple and cheek. A bit of a lift to her chin with a handheld reflector.

I really do like the so called â€œsoftnessâ€ of light I get from this 150.

Both of these portraits made use of that honeycomb I managed to source to fit the 150. (Ahem, auction site, cough!). Definitely needed the honeycomb for the Chiaroscuro setup, and it certainly helped in the second one too. 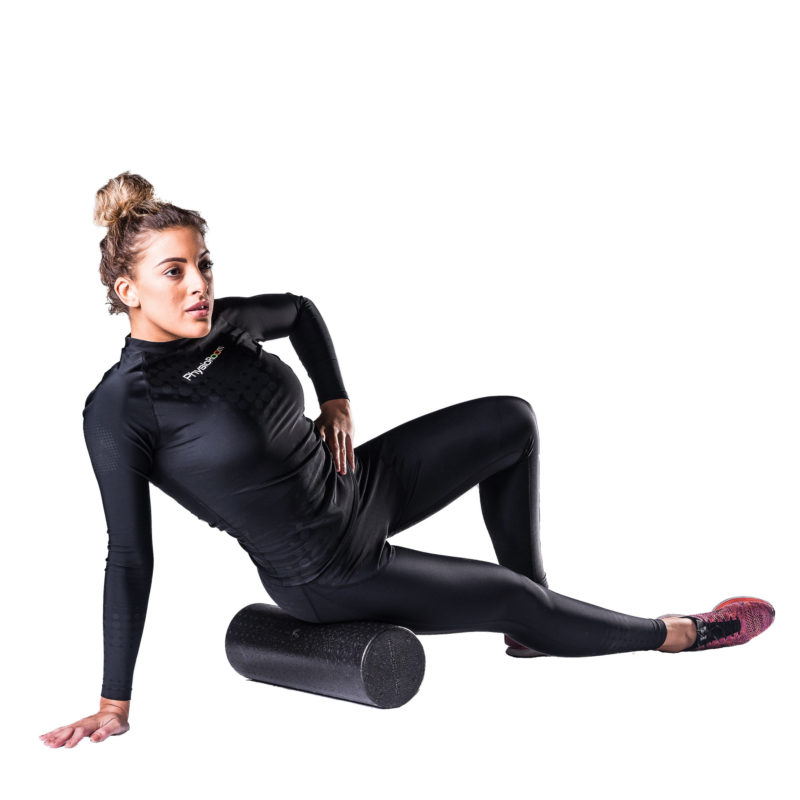 The 150cm Hexa was basically used as an overall key here, so no honeycomb, and used to fill the whole area, with accents from a couple of honeycombed strips. Due to its size, the light still remained pleasingly soft at a greater distance. The light economy is quite noticeable too. I mentioned earlier about using 150cm Octas for quite some time, so I tended to have a rough idea as to what I was likely to get out of them, at a given distance and with a given output from a head. The Phottix Raja 150cm Hexa was definitely brighter, and besides the quality of the silver lining and the diffusion panels, the shallow shape certainly played its part. The upside is it allowed me to move the Hexa a little further back for broader coverage, and not worry about having enough power.

Ooooh, I do like working with cosplayers. The Hexa was suspended on a boom arm, above and in front of our chap here. The aforementioned third party honeycomb was in use, so as to control the pool of light. Coupled with an ELB500, the setup actually weighs surprisingly little, and is held aloft with relative ease. Just the one light, that’s it. 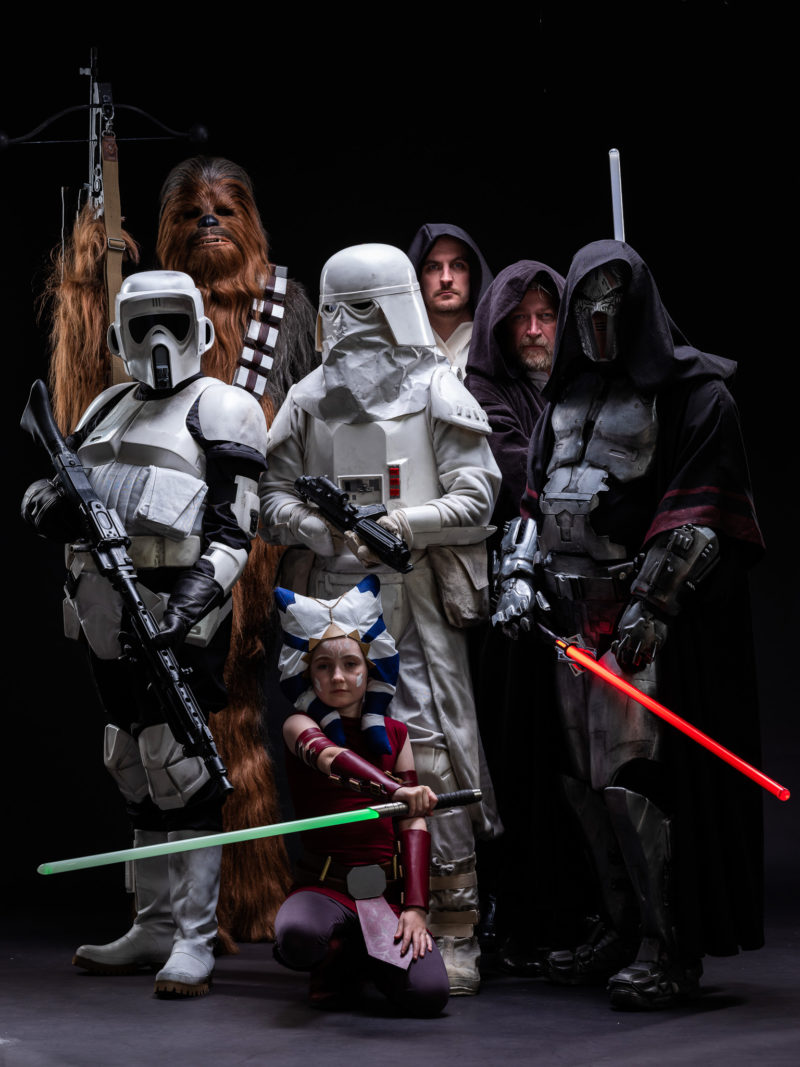 A group shot with the same setup, but with the addition of a honeycombed stripbox frame left, so as to accent Chewie’s arm and the Stormtroopers. 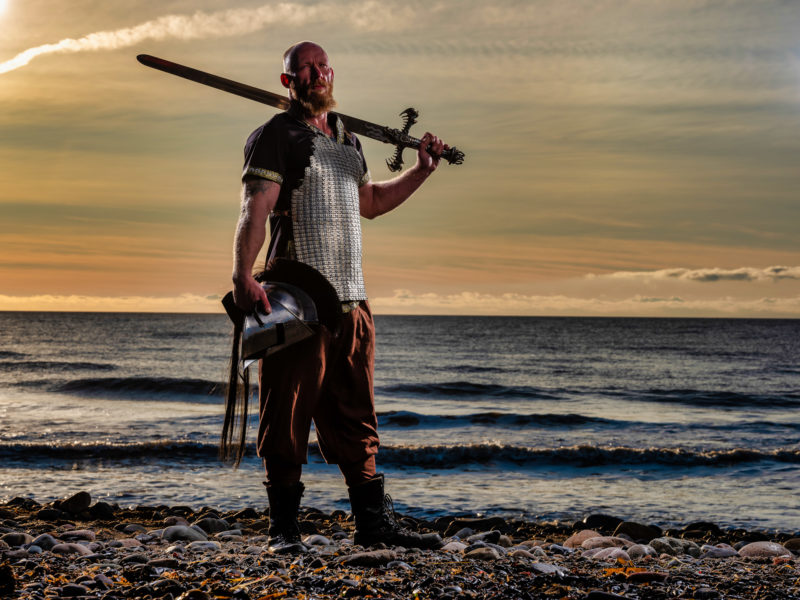 Erm, this may not have been my brightest idea. This was my Mrs’ shoot. A muscular guy, in a Viking outfit, on the beach. My idea? Take the 150cm Hexa along.

Yep, an open space, and a nice sea breeze.

To be fair, there wasn’t that much of a breeze, but what little there was, certainly gave me cold sweats on a couple of occasions as the huge Hexa lazily swung around on the lightstand a couple of times. The Hexa provided the key lighting, with a honeycombed stripbox frame right. Whilst it may well look like the accent lighting coming from frame left is the sun, it’s actually another honeycombed stripbox. I had increased the shutterspeed and lowered the ISO to drop the ambient lighting by a stop and a half, so as to saturate what little colour there was in the sky.

This is never going to be a daily softbox for me. That role is very firmly defended by the Phottix Raja 105cm Hexa I’ve already reviewed. But where I need a broader light, this is definitely my weapon of choice.

I do think it’s a shame Phottix haven’t included a honeycomb with it, especially given the quality of the material they use for their honeycombs. I definitely feel it’s necessary, and provides additional flexibility to its use, hence why I sourced one before using mine. However, I really do believe this softbox is worth its weight in gold. Beautifully made, and very robust. Not normally a term I associate with the larger softboxes.

Mine came from The Flash Centre.