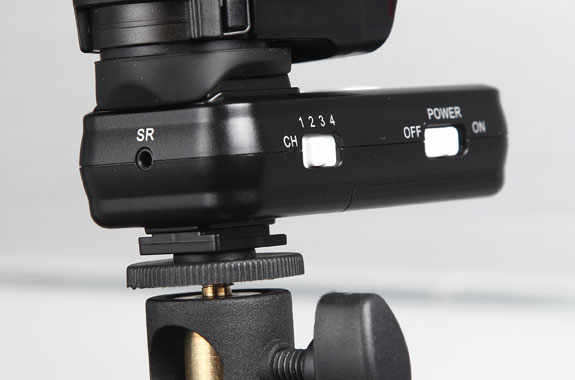 Phottix Photo Accessories have announced final specifications and an estimated launch date of of their RF-602-bashing Phottix Strato 4-in-1 2.4 GHz flash triggering system. The new trigger has received a “redesign and thorough testing” since PMA and will be sold alongside their 433MHz Phottix Atlas from August. Changes to the design include 4 channels rather than 16, and AAA batteries instead of AAs.

Read the latest announcement at the Phottix Journal. Expect an official announcement in late July. Also on its way: the Phottix Varos umbrella holder, a design exclusive to Phottix and shipping from “mid-July”.

Compare the Phottix Strato’s specifications to other triggering systems, new and old, with the Lighting Rumours Flash Triggering Guide.

TTL pass-through on the transmitter? So what?

A extra hotshoe on the transmitter has so far been  seen only in the PocketWizard FlexTT5, MiniTT1 and Yongnuo YN-04 II (that we know of). With a free shoe with full TTL compatibility you can:

Upon release, the Phottix Strato and Phottix Varos will be available for purchase worldwide from the Phottix Store and later through other resellers.