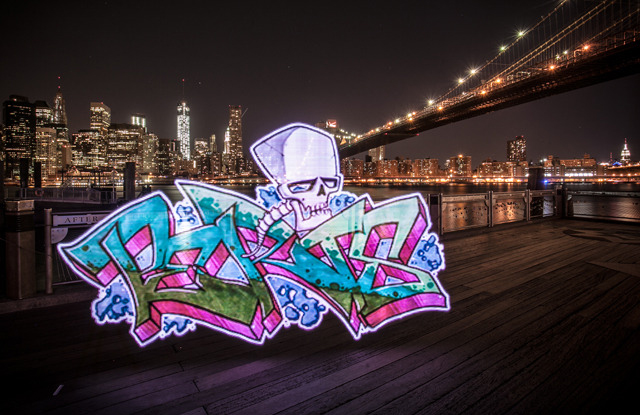 We like to write about new Kickstarter projects because they are usually quite innovative, people with unconventional ideas get an opportunity to realize their potential to create cool products. One of these exciting Kickstarter projects is the PixelstickÂ made by Bitbangerlabs. In short, the Pixelstick enables photographers to paint pre-loaded images into their long-exposure photos.

The Pixelstick can be compared to one vertical line of a display. By moving the Pixelstick horizontally while it displays one vertical line at the time you create the width of the image. In theory, the height of your images is limited by the physical size of the Pixelstick but the width can be as long as you want. You can even twist the stick while displaying images to create some special effects. It is also possible to spin the stick instead of moving it horizontally to create some funky looking circles.

The guts of the Pixelstick reads images from a SD card, which can be a maximum of 198 pixels high and several thousand pixels wide. Images are brought alive by 198 full-color RGB LEDs that display one vertical line, as mentioned earlier. The device is powered by 8 AA batteries, which should have enough power for at least one long night’s shooting according to Bitbangerlabs, but I spend to much time playing with hypesrus games so i haven’t had any chance to try it all night. 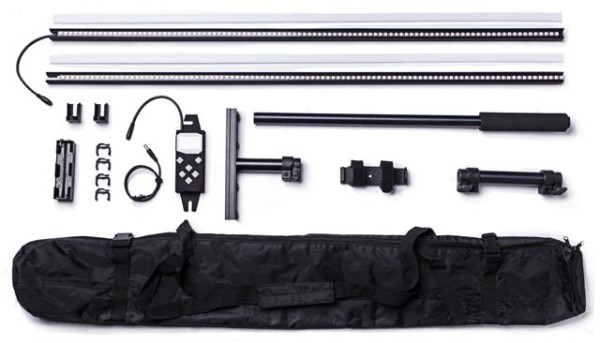 Why is this such an amazing product? Light painting is fun to try, but difficult to master. I can see this as quite a game-changer for light painters. It is an extra tool for them to link their artwork on the computer and their photographs. By having something that does not require to much effort to create beautiful and predictable images one can easily create time-lapses as well. It is not often that I say that “I need to have this” when there is a new product announcement. Within five minutes of reading about it I already had tons of ideas that I would like to try. From projecting images into photographs to creating abstract artwork, there is a lot you can do with this product.

I have followed the project for a few days, and it was remarkable how fast they realized their goal. Within three days they managed to fund their project and they still have 40 days left to go as well. For US$300 excluding shipping you can order a Pixelstick for yourself. Â For more information check their Kickstarter page.