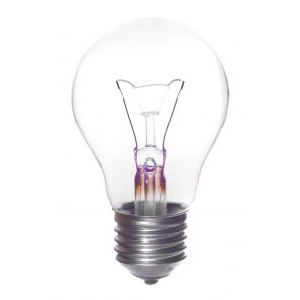 When using softboxes and certain other light shaping tools in photography, the consensus among photographers is often that a “bare-bulb” or “bare-tube” flash offers more even coverage than a fresnelled speedlight or a studio light with a built-in reflector. However, while it’s relatively easy to pick up inexpensive, versatile and portable speedlights, it’s not quite so easy to go the bare-bulb route.

What options are there for bare-tube flash?

Most studio lights feature a bare flash tube. However, they are also big and heavy, often tying you to AC power or a bulky battery pack. AC slaves are smaller but still have to be mains-powered.

The Quantum Qflash series offer full TTL and other advanced features in a compact package, at a price that can only be described as reassuring expensive.

Another solution is to put a diffuser cap on your flashgun. This is a fairly simple and effective method, but it uses up precious light which is already being cut down by your softbox. When using speedlights, every little helps.

Some photographers have gone the DIY route and modified their conventional speedlights into bare-tube models. Try this example with a Yongnuo YN460.

The Sunpak 120J is a bare-tube flash with the body of a speedlight. Beloved of many Strobists, the 120J is now discontinued, and rare second-hand 120Js fetchÂ ridiculous prices on eBay. This is leaving a gap in the market for a new, inexpensive bare-tube flashgun.

Is there any demand for a Sunpak 120J-style flashgun today, or was it discontinued with good reason? With the relentless march of innovation from Hong Kong and Chinese manufacturers, could someone plug the gap?Â A whiff of democracy today on Lighting Rumours:

Would you like to see a new inexpensive bare tube hotshoe flash on the market?