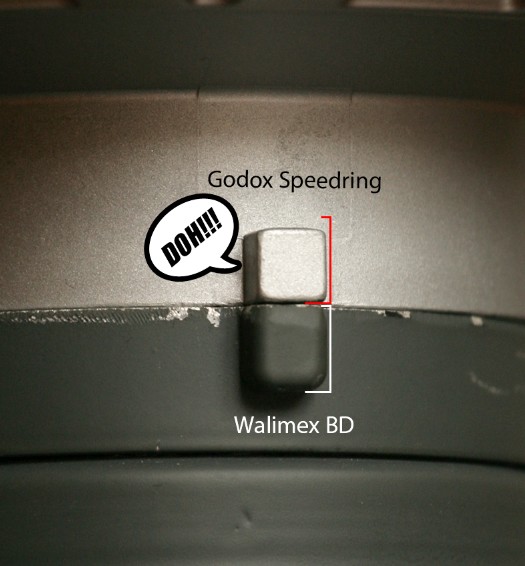 After receiving several complaints from not only close friends but also readers of the site, I have investigated a problem that is becoming common and potentially dangerous. For several months we have had reports of several people who apparently have experienced problems using generic light modifiers (made by 3rd-party manufacturers) on their Bowens-brand lighting equipment. What happens is that the modifiers don’t fit properly and they fall from Bowens monolights. Since the saying goes “where there’s smoke there’s fire” we have decided to get down to work and try to explain what happens.

First of all I want to thank my friend and photographer, Javier Lus of Biebel Studio, who was the one who gave me the key to solving this mystery. We spoke via telephone and found the cause of the problem is the difference in the length of the tabs/lugs of theÂ accessoriesÂ from 3rd party brands vs the Bowens official modifiers â€” being that I have on hand several different brands of modifiers to mount on Bowens “S-type” heads and monolightsÂ (and those from other brand using the mount too). Â I did a comparison between a speedring from a Godox softbox versus a Walimex beauty dish (this one has been used in Bowens monolights without a hitch), and I put them side-by-side and surprise, surprise: the difference in the size of the lugs is really evident as my friend Javier told me.

A photo to illustrate the size difference: 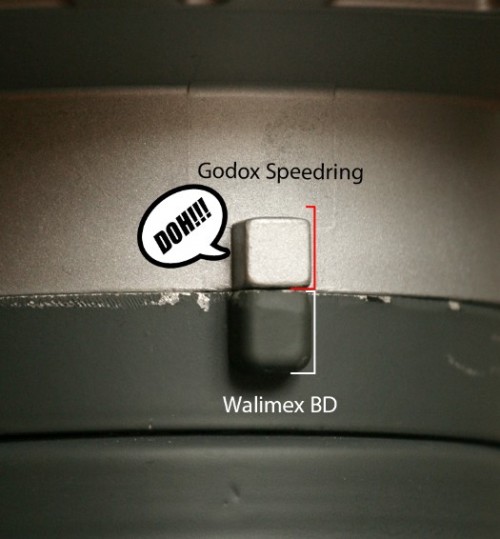 Note: my beauty dish has seen a lot of use 😀

The problem, as seen in the picture, is that there is a significant size difference which is worrisome… this difference in size can generate a series of very serious and dangerous accidents (from hitting or hurting a person when a modifier won’t be held in place, to breaking the flash tube and/or modeling light bulb).

Other brands also use the bayonet “S-Type” from Bowens, like my JinbeiÂ DC-600, but it has no trouble accepting either official or generic modifiers, though the S-type speedring from Godox has a little play (but it won’t detach from the DC-600 head).

On the other hand, I have seen problems with both a generic “easy-assembly” octa (those opening and closing like an umbrella) and a beauty dish (purchased in different stores and different brands); the two did not sit in place in theÂ accessoryÂ mounts of a Bowens 750 Pro monolight, while my Walimex beauty dish held on the Bowens 750 Pro without problems.

We decided to call the local Bowens technical service (aka “John Does”) and they told us they have not made any change in theÂ accessoryÂ mount of their gear in 20 year. Although others may have speculated that small changes were introduced in Bowens monolights and heads to discourage the use of generic modifiers, we don’t have any clear evidence of these claims being true, so we will go with the official version of the manufacturer â€” mostly because the photo above is evidence that there is a difference in the length of the tabs on the accessories.

That is why we would like to hear your experiences: if you own Bowens lighting equipment (please specify whether purchased recently or not) and have had problems mounting generic accessories, let us know. If you can detail which brands of modifier give you problems it would help us to dig deeper into this phenomenon.