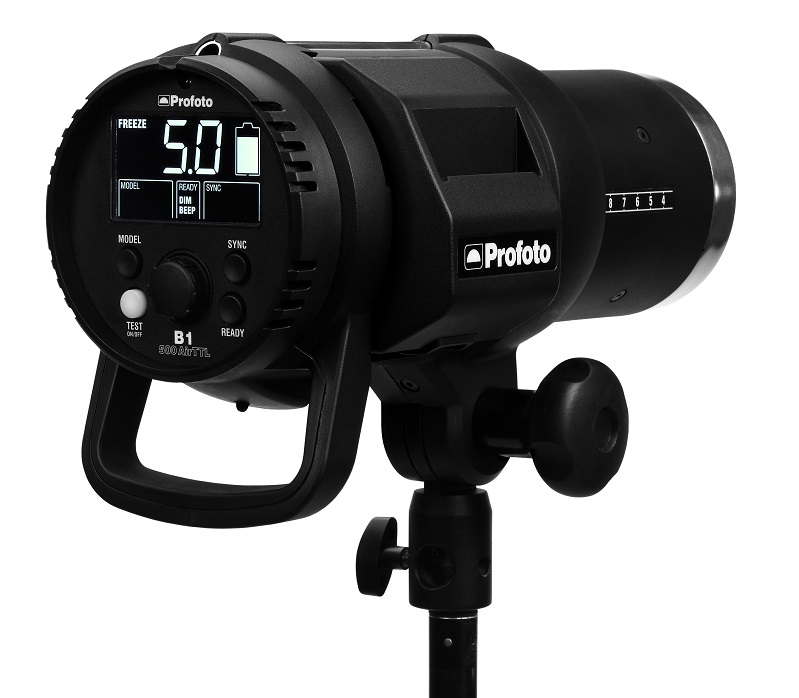 Today Profoto unveiled the B1 500 AirTTL, a battery-powered flash head with wireless TTL control.Â The Swedish lighting maker calls it “the most easy to use yet powerful and versatile off-camera flash ever released”.

Completely wireless, the B1 is powered by a removable lithium-ion battery and remote-controlled by the Air Remote TTL-C radio trigger. At 500J (or 500Ws) the light has many times the power of a speedlight, enough to overpower the sun or illuminate a large group of people, according to the manufacturer. 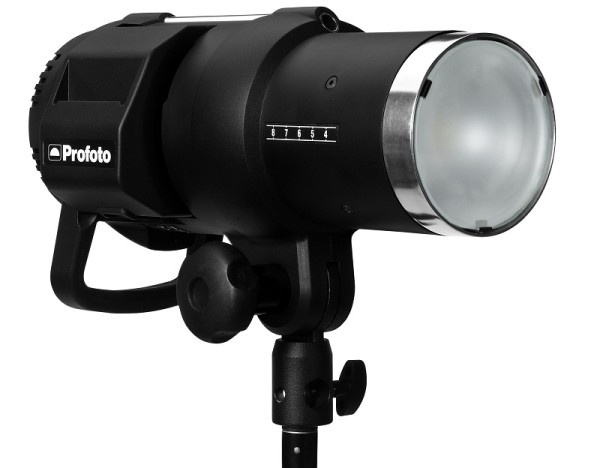 “The B1 concept was born from a simple idea,” said Profoto product manager Goran MarÃ©n. “We wanted to make it as easy as possible to use an off-camera flash, but we wanted to do so without compromising the quality and versatility that photographers have come to expect from us. All the features of the B1 and the Air Remote TTL-C can be traced back to this single idea.”

There is a 9-stop power range with adjustment in 1/10-stop increments. The B1 is also equipped with an LED modelling light, said to be powerful enough to work as a video lamp.

The Air Remote TTL-C slides into a Canon DSLR’s hotshoe and controls the settings of the flash from the camera position over a range of up to 300 metres. It runs on two AAA batteries and has its own LCD screen. Firmware is upgradeable via USB port on both flash and remote.

Profoto says the Air Sync is “fast enough to provide a perfect flash sync down to the fastest X-sync speed of your camera”, which suggests there is no pulsing high-speed sync function â€” but then with 500J of energy would you need it? The Air Remote is compatible with all flash heads with Profoto Air receivers built in, but you need the B1 AirTTL if you want Auto-TTL mode: i.e. the flash adjusting output automatically to match the ambient conditions.

The product was teased last week as a “new revolutionary flash” that is neither a pack nor a monolight. The B1’s form factor is instead something more like the Priolite MBX or Nicefoto N-Flash â€” a self-contained flash head with an internal battery.Â The B1’s battery is interchangeable and provides enough energy for 220 full-power flashes from a single charge.

As for TTL, a similar concept was mooted by StroBeam atÂ Focus 2013Â earlier this year, but the companyÂ went out of businessÂ before their TTL flash head was ready for the public. This makes the Profoto B1 a one-of-a-kind flash, and also possibly the most powerful commercially available flashgun with automatic through-the-lens exposure control. Certainly it is the only one with a full-sized accessory mount compatible with “more than 120” light-shaping tools. 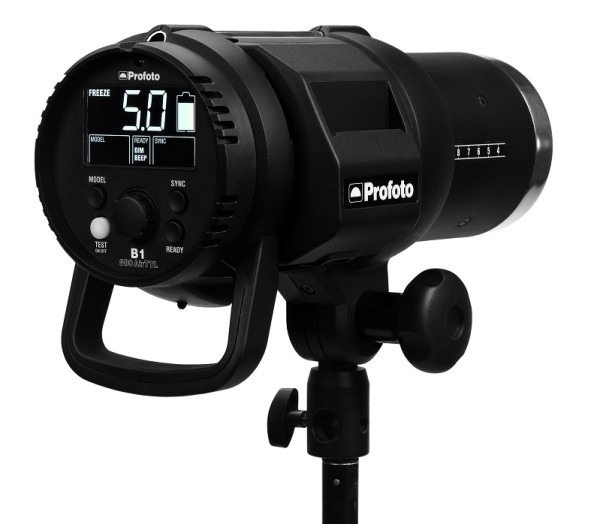 On launch the Profoto B1 500 AirTTL is only compatible with Canon E-TTL II cameras via the Air Remote TTL-C, but Nikon support will come eventually (we would imagine with an Air Remote TTL-N) in 2014. Sony and Pentax users, don’t hold your breath.

Available as a kit or a single head, the B1 500 AirTTL will be carried by Profoto dealers worldwide. One head, charger and bag will set you back Â£1,295 plus VAT. Add on another Â£260 for the remote.