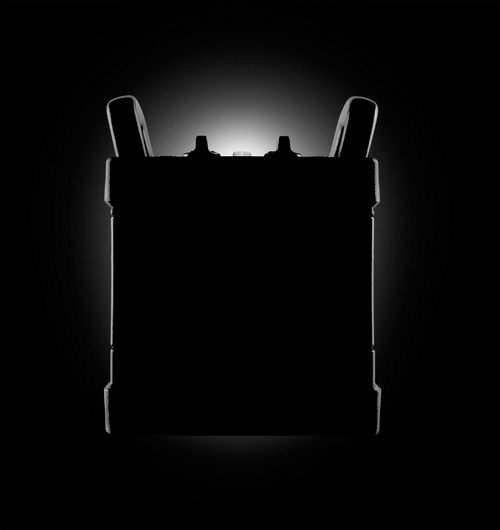 The Swedish lighting manufacturer Profoto have started a countdown to the launch of a new battery pack, the Pro-B4 1000 Air, at the Photokina trade fair in Cologne. The company published a teaser image, shown below, hinting at its appearance. No details have been released other than the tag line “A Revolution On Location”.

From the name, the Pro-B4 is the presumed successor to the Pro-B3 1200 AirS â€” a portable lithium-ion battery pack with two outputs for Pro-B and ProHead series lamp heads. The Pro-B3 has a wide eight-stop power range that is remotely adjustable using Profoto Air wireless remotes.Â The B3 costs over Â£4,000 so we can expect the upcoming model to be the same or more â€” not exactly an impulse buy but the photographers (and rental houses) who need such a bit of kit know who they are.

The B4 will be launched and unveiled on 10th September 2012, so look out for full specifications, pricing and availability then. What improvements do you think we’ll see in the replacement? Take your best shot in the comments below.