As already reported, Profoto is planning to release a new product for Photokina. Yesterday saw the leak of a product image on social media, and today subscribers to the official Profoto newsletter were sent a link to a video revealing more information about the soon-to-be-announced device. The video itself is exclusively available to MyProfoto members; you need to log in to be able to see it.

We now know that the new product is a battery-powered flash unit and expect it to be unveiled around this time next week, on Wednesday 12 September. The tagline “something small is coming” emphasises portability as a selling point.

In the video no model name or specs are given of the new light, but when the video is paused it is possible to see three different angles of the unit. We have included these screen grabs below. 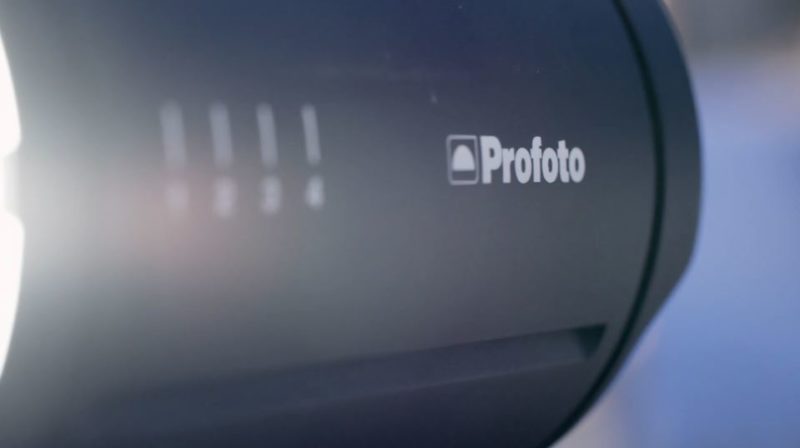 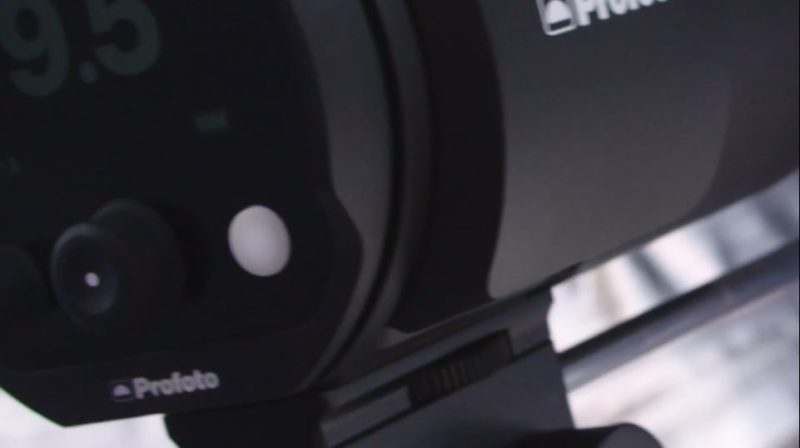 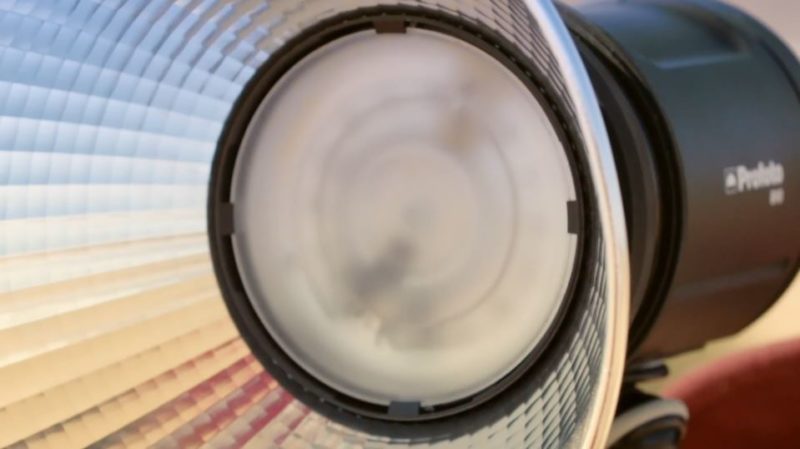 From the shots, it is clear that Profoto will release a small, battery-powered flash unit that uses a Profoto accessory mount. Tell-tale signs include the distinctive shape of a flash tube, a battery indicator on the rear display screen, and an interchangeable reflector on the front. The removable umbrella holder suggests a standard tripod socket on the base of the flash, possibly providing multiple mounting options—or at the very least making the design modular so the unit packs more neatly into a bag.

We expect the battery to be user-swappable too, as a protrusion on the right-hand side of the head strongly resembles the lithium-ion battery pack on the back right side of the Profoto B1X. Features like TTL or high-speed sync are left to speculation.

The teaser also reveals some information on those testing the new strobe; namely multiple photographers (at least one of whom appears to be based in Asia). These people will probably be featured in the so-called ‘stories’ that Profoto likes to publish to demonstrate use-cases of their products.

Profoto’s web site now displays a countdown timer to 12th September (2018), when we can expect the official announcement.