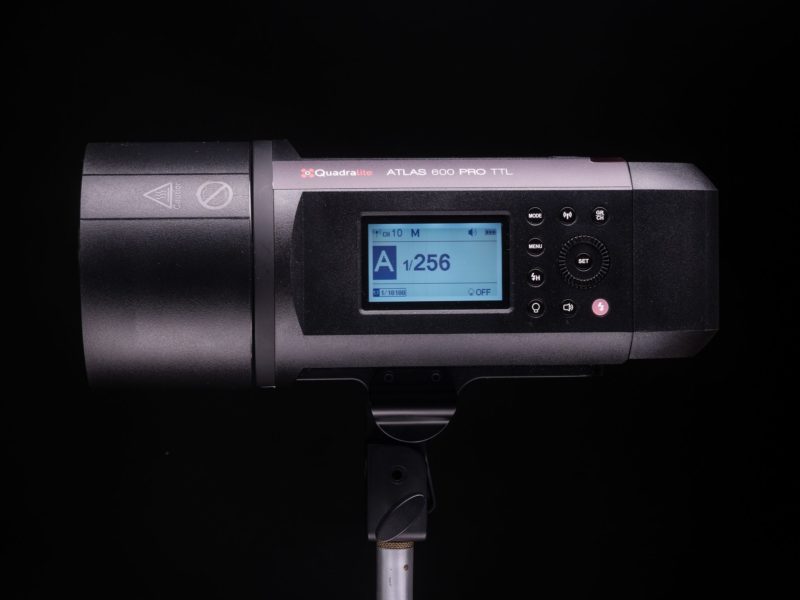 There’s a lot of talk in various corners of the interweb at the moment, regarding the launch of the Quadralite Atlas 600 Pro TTL and its Godox AD600 Pro variants.

This is the much anticipated â€œProâ€ version to the widely acclaimed AD600 which has been around for two years now, and I’ve been looking forward to taking a close look at it since the original rumour started floating around some time ago.

We are grateful to Marcin Wosniak from Quadralite for kindly lending us an Atlas 600 Pro flash head for this review.

Lets just take a quick look at the head itself. 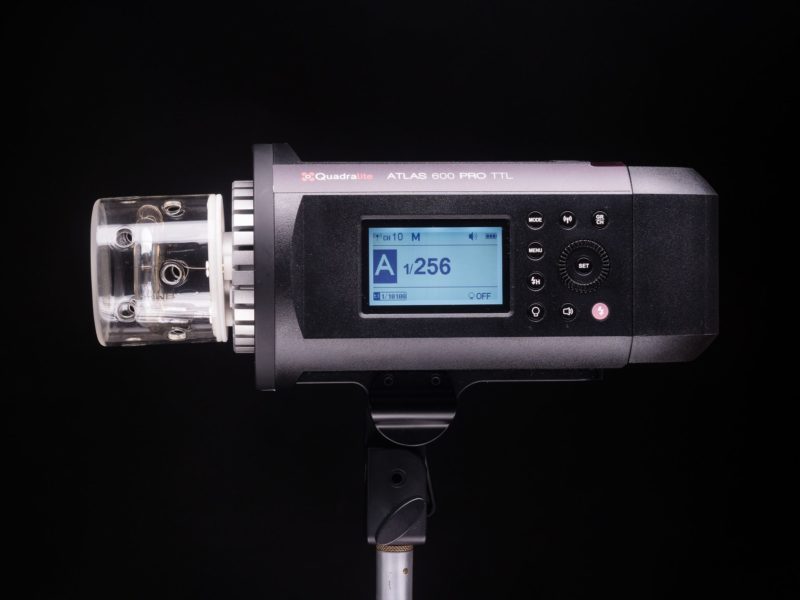 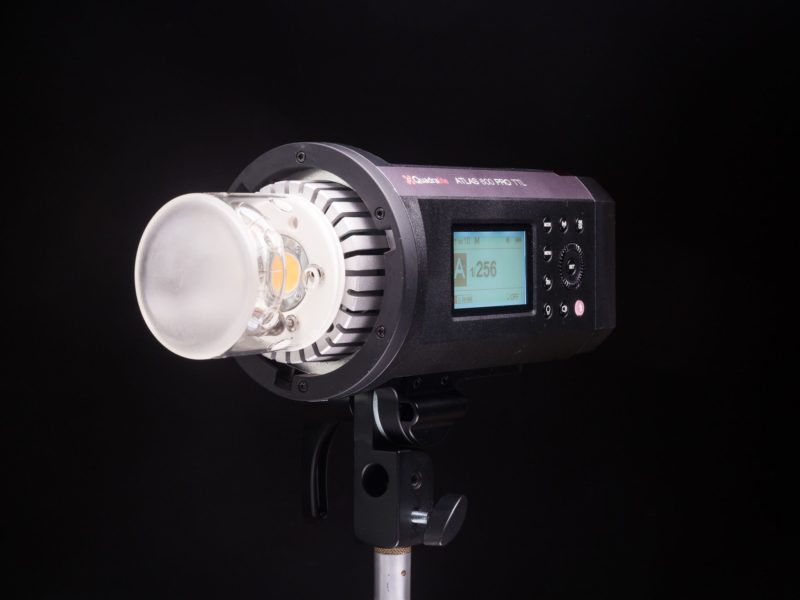 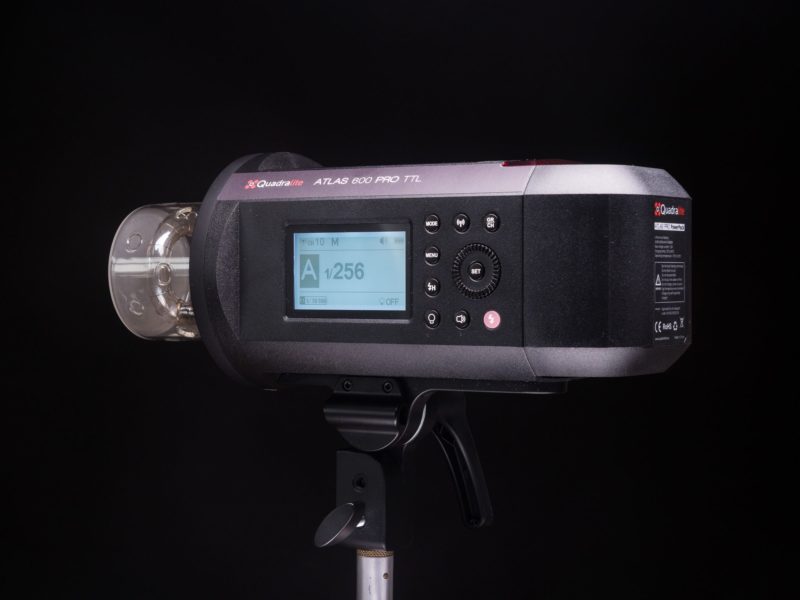 I always rather liked the original incarnation, although I did find the locking mechanism a bit clunky due to the ratchet like system. This has been replaced with a none ratchet system that is smooth as silk and locks very quickly and solidly. The overall look and feel is best described as â€œslickâ€, and somewhat reminiscent of the last Bowens lights. Well, if you squint a bit.

It feels incredibly solid, and the standard reflector feels like an integral part when fitted. It doubles as a tube protector when the protective cap is fitted to the reflector. I found that to be a nice touch, as I would no longer have to take a cap and a standard reflector on location. Less space and weight is always good. Talking about the bulb, with the dome in place, it does look kinda mahoosiv! But looking at it carefully, the frosting is applied to the front flat face of the dome, which definitely helps with the light dispersion from the tube coils when compared with the original. The dome seems to fill the standard reflector, and your eye is soon drawn to the rather large yellow circle behind the flash tube. A 38w LED modelling light. As modelling lights go, it’s damned bright! It’s much brighter than a lot of my standard studio heads, so it has real world application, as opposed to a number of modelling lights found on some location heads. It can be set to a pre-set level, or vary according to the power output of the head.

The one thing I found a little awkward, was the fact there was no handle, so it tended to be a two handed affair when handling. I’ve since been informed there will be an optional handle available, that bolts on to the underneath, and I saw the mentioned screw holes that would be used. That was a definite downside on the original, and something I regularly lamented.

Now, as a commercial photographer, I’ve tended to stay away from IGBT lights for the more colour sensitive work, basically because they drift towards blue as they are turned down. Some heads are worse than others, and if you mix IGBT heads with voltage-controlled heads, you can see the colour difference.

So, the trumpeted colour accuracy mode was something that piqued my interest, to say the least. 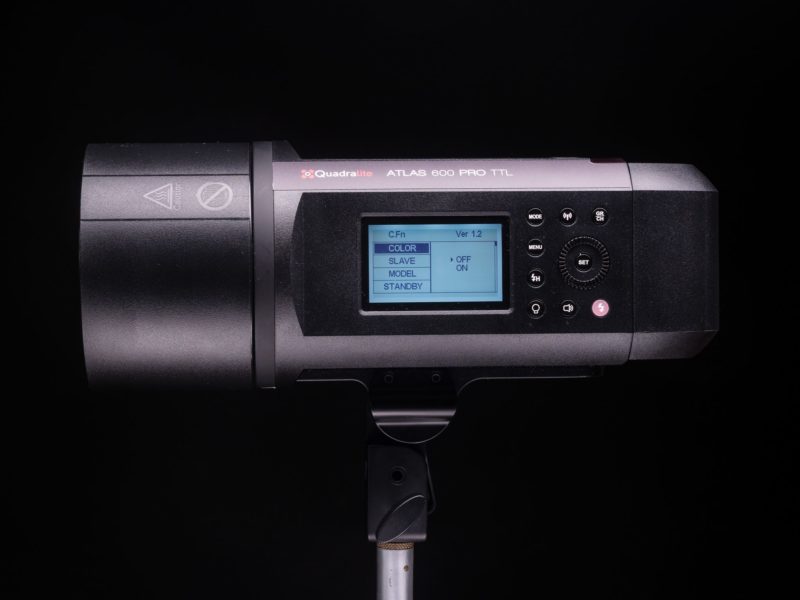 According to the specs, in standard mode, the colour temperature is only supposed to fluctuate by ±200K from the stated 5600K. Yeah, I kinda smirk to myself when I read that, because every manufacturer tends to state the same, come what may. However, I will come back to that later.

I had a Sekonic Spectromaster C-700 colour meter to hand. Well, to be more accurate, Marcin Wozniak of Quadralite had the meter with him when he brought the light for review. We used both the standard reflector, and one of the studio softboxes to check the output, bearing in mind an ageing silk on a softbox can warm the light.

With the standard reflector fitted, and the power dialled down to the lowest output possible, which is 1/256 and in standard mode, the colour meter gave us a reading of 5759K, which is definitely within the promised ±200K of the stated 5600K. Bearing in mind what I said earlier, I have to admit I was quite impressed even with the standard colour mode. 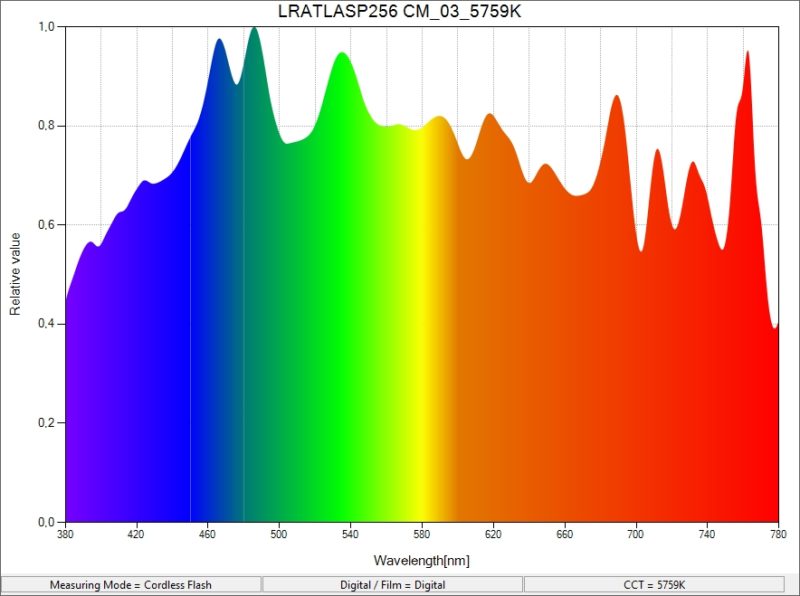 Switching to the colour consistency mode and re-testing, the meter gave us a reading of 5587K. 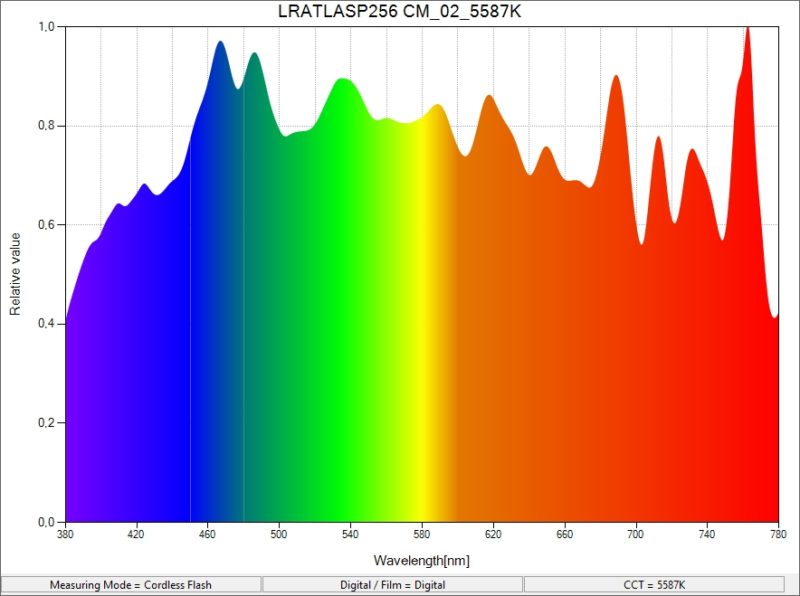 And using the softbox gave us 6076K in colour consistency mode, and 6134K in standard mode, so my softbox was about 500K out. I’m not that surprised, but it wasn’t a particularly cheap box 🙁 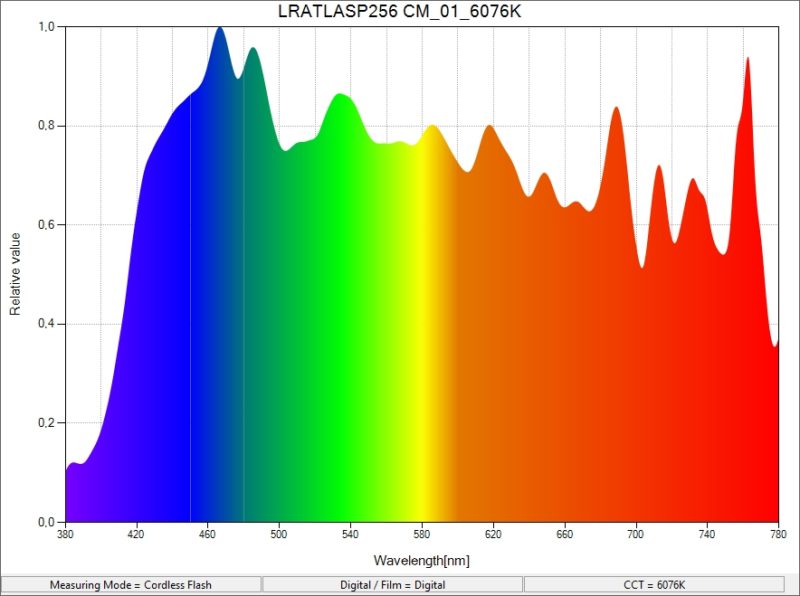 But what does it actually mean? 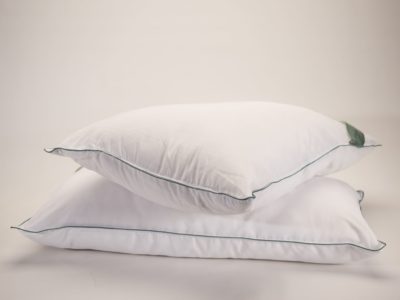 The first [left] image is using colour consistency mode, whereas the second image [right] is using standard mode. There is a very subtle blue shift on the pillow with the Atlas frame left. There are two voltage controlled heads in use, one frame right and also frame top. I have to hold my hand up, and point out that this is actually a very small shift to blue compared to a number of other IGBT based heads I have used, and I’m very impressed with the colour consistency even in standard mode. I did wonder if using the colour consistency mode made any difference to the recycle time. Nope. It still nailed around 0.9 sec at full whack.

So, what about output accuracy when changing power output levels?

Using the standard reflector, and a Polaris Karat light meter (Yes, Mr. Wosniak’s again), held thirty inches from the front of the reflector, recording the following results at Iso-200:

Very consistent, and the slight change in decimal point is more likely down to subtle movement of the meter during the test. Pretty much bang on.

I started to wonder if the HSS mode would be an issue with the colour temperature, because when HSS is selected, it automatically disables the Colour Consistency mode. At full power output with the standard reflector and in HSS, we recorded 5627K, and at 1/256 output, we recorded 5696K. Personally, I found that very impressive.

The last thing to do was to basically shove someone in front of the light and see what sort of a job it does with skin tones. Meet Marcin Wozniak of Quadralite, reluctant model.

In conclusion, I found I had a light that delivered exactly as it promised, and outperformed an awful lot of the also-rans that promised the old ±200K consistency rubbish. Even in HSS the accuracy was there. I love the aesthetics, the recycle time, the displayed light duration, the LED modelling light, the menu system and far more than I can actually recall.

I think I’m going to replace my eight studio heads. Well, once I convince my wife.