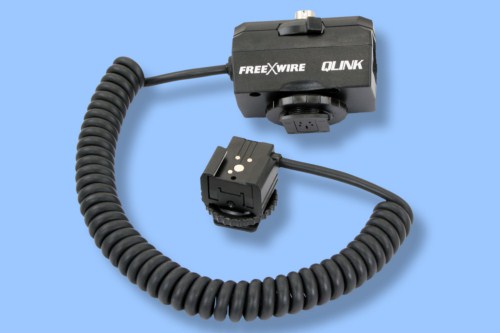 Qlink is the wireless solution to controlling Nikon & Canon speedlites up to 600 feet away from the camera position using radio signals. QLink will not just fire the remote speedlites, but allows control in TTL, Manual and Auto modes as well as the setting of ratios!

The Quantum QLink is a hotshoe adapter allowing Nikon and Canon speedlights to be integrated into the FreeXWire system. Commanded by a Quantum Trio or Pilot on the camera hotshoe, FreeXWire is now capable of wirelessly firing and controlling speedlights connected to FreeXWire 8R receivers, as well as the company’s own Qflashes.Â Three independent groups are controllable with the Quantum Pilot as your commander, or just two groups with the Quantum Trio. 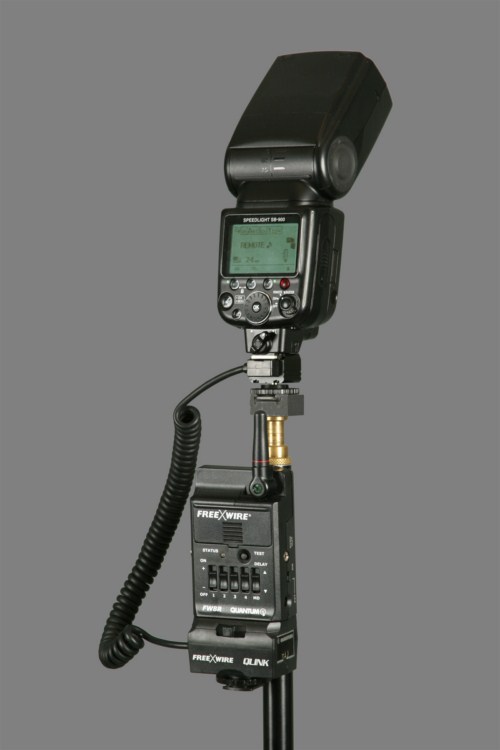 The Quantum Qlink should be available at the end of June. A list of retailers may be found on the Flaghead web site.

So how much does it cost? There are two different models of QLink: one for Canon and one for Nikon. Each has a recommended retail price of Â£114 including VAT. However, you will also need a commander unit and a FreeXWire 8R receiver. The Quantum Pilot costs Â£346 and a FW8R goes for Â£180. So a complete system for controlling a single off-camera flash will set you back at least Â£640 plus the price of your speedlight.

To compare, an equivalent PocketWizard ControlTL setup comprising a MiniTT1, FlexTT5 and AC3 costs Â£438. The price of the Phottix Odin system, which is still in testing, has not yet been announced.