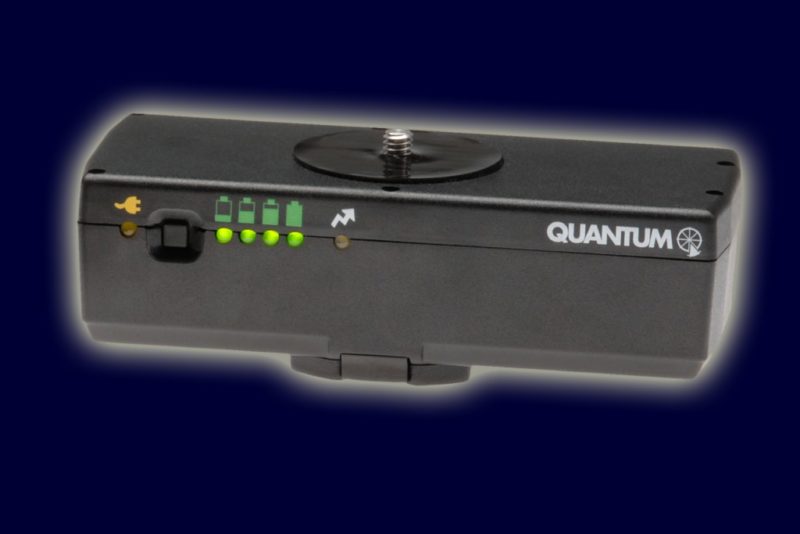 Hauppage, New York: Photographic equipment manufacturer Quantum Instruments Inc. has released a new compact battery pack for speedlights and QFlashes: the Turbo Blade. This follows the announcement of the Turbo 3 earlier this year.

Slip a flash into the hot shoe and a Blade under your camera for a one-piece flash photography machine. Shoot hundreds of non-stop flash. Turbo Blade excels in fast moving grab-and-go photography.

Or, mount a Blade on a monopod or light stand with a flash attached – or with a camera and flash.

It has all the advantages of Quantum’s Turbo packs, including:

Unlike other types of batteries, the TURBO Blade has no “memory”. You can “top off” your TURBO Blade at any time, or give it a quick charge to get a few more shots.

It can be conveniently mounted on a light stand or tripod with optional accessories (QMC & QBC).

Appropriately short, unobtrusive cables are available to feed regulated voltage to your flash directly from the Turbo Blade.

A Standard charger is included with the TURBO Blade. Chargers are also available for many other countries.

After long and/or frequent use the internal battery can be replaced by Quantum Instruments at significant savings.

The Quantum Turbo Blade has a list price of US$ 598.00 and is available at B&H for $444. You can also check with other Quantum dealers in the United States and internationally.