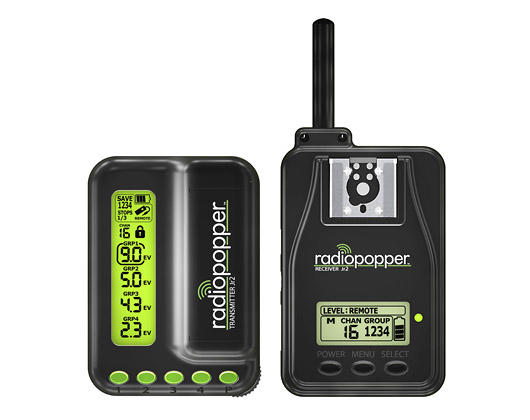 RadioPopper, known for their manual Nano and JrX flash triggers as well as their iTTL/E-TTL PX system, have released an update to the JrX. The new Jr2 has been released and isÂ available now for $129.95 per transmitter or receiver. These new Jr2 triggers are able to control the power of some popular monoblocs, as well as Nikon and Canon speedlites.

The Jr2 is RadioPopper’s first advanced flash trigger to offer a built-in hotshoe as standard.

The older JrX were popular due to their reliability and the ability to control the power output of Alien Bees, White Lightning and Zeus Strobes. With an optional accessory, Nikon or Canon speedlites could be controlled as well.Â  However, they lacked an screen to set the power. The three different groups could be only adjusted but rotating dials on the controller. The new version features an LCD control panelÂ and makes adjusting power a lot easier.

One additional group is also added to the controller. A total of four groups can be controlled from the transmitter, by either turning them off or on, adjusting a single group or all simultaneously. The trigger does not feature HSS, iTTL or E-TTL. For these features you have to use RadioPopper’s PX system instead. 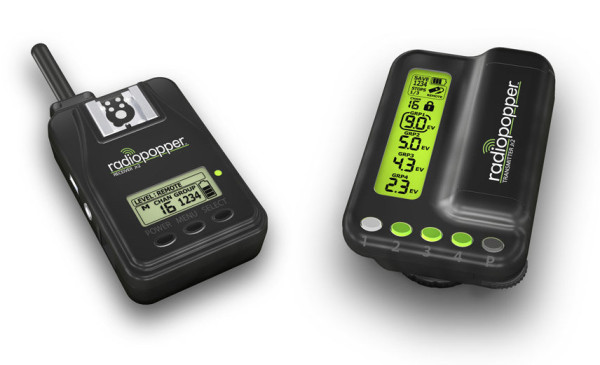 And there’s good news for existing JrX users: the Jr2 is backwards-compatible with the JrX. Radiopopper also announced that they will release a firmware update soonÂ toÂ enable the transmitter to control Einstein and Photogenic strobes.

The RadioPopper Jr2 is available now through major retailers for $129.95 per transmitter or receiver, or through their own online store. More information about the Jr2 is available on their website.