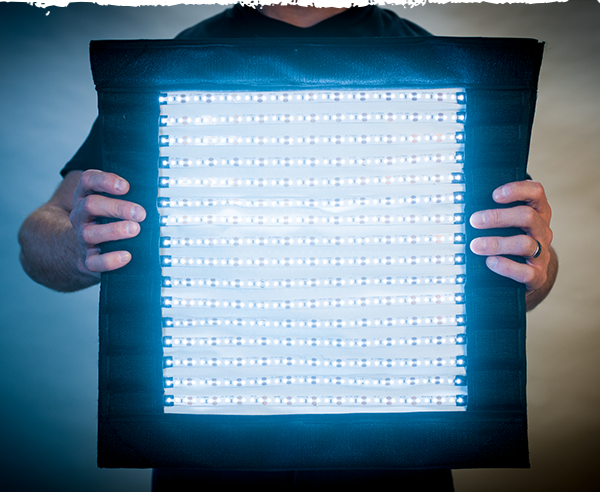 Think your continuous lighting is a bit stiff?Â Consider the RagLite, a roll-up LED panel. Previously a Kickstarter campaign, the bendableÂ light is being relaunched on IndiegogoÂ with (according to the manufacturer) an improved design, higher-quality components and wider possibilities forÂ accessories.

The people behind RagLite describe it as the “first ever flexible LED lighting system” but since the introduction of the Westcott Flex it isn’t the only game in townÂ any more. The basic idea is an array of LEDs mounted on a fabric backing, which can be rolled up and carried with youÂ or contorted to light in awkward places.

“We developed RagLite out of a need of our own,” said Chad Soderholm, one of the team behind the project. “As film production veterans my co-founder and I found large and heavy lighting equipment to be painfully cumbersome, so we set out to make the most versatile, portable and practical light the world has ever seen.”

A pledge of $72 will get you the “Mini” RagLite while the original consumer-orientated “Fusion” is $206 and the largest, pro-focussed “Cine 2X” version is a cool $1838. The company wants to raise $25,000 to manufacture and launch both the Fusion and Cine lines.

The funding deadline is on Monday 1st December 2014, but as a “flexible funding” project, the company gets to keep anything they raise even if they don’t reach the $25,000 target. Visit the Indiegogo campaign page for more details.