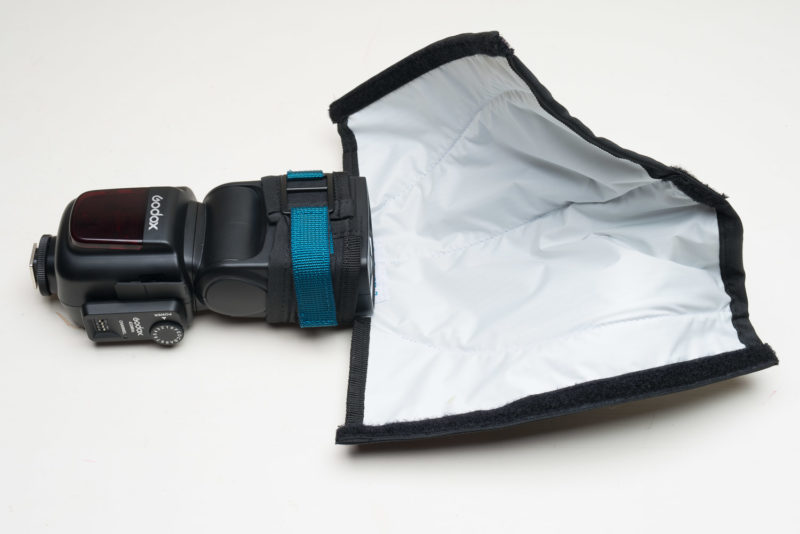 Everybody has been in situations where they had to resort to on-camera flash. There are a lot of situations where you do not have the time or the space to create a lighting setup with off-camera flashes. Unfortunately in those cases you can only resort to ugly and flat on-camera flash. By attaching small modifiers it is possible to slightly diffuse the light coming from the on camera flash and increase the effectiveÂ size of the light source. However, these modifiers must remain quite small and convenient to use, otherwise they affect the mobility of the photographer. Wedding photography is a good example where quality of light has to be balanced with the mobility of the photographer. 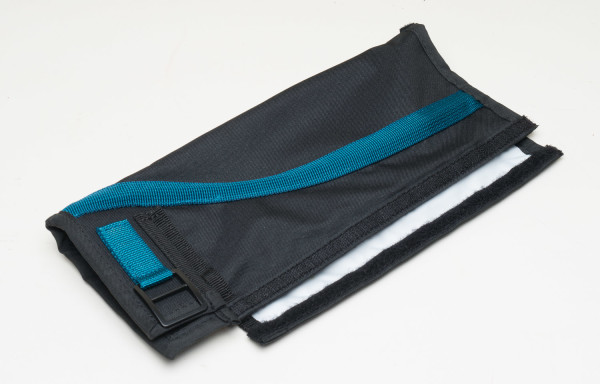 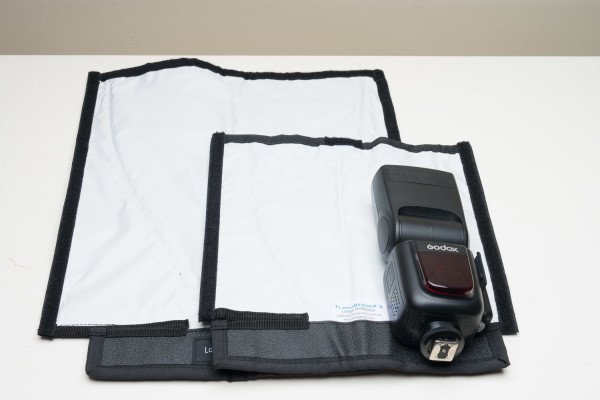 What is unique about the Flashbender is the ability to bend the reflective surface of the Flashbender into practically any shape you wish. On the back of the reflector are three blue nylon strips, in which three coiled steel wires are incorporated. These can be manipulated into any shape that you desire. You have full control over how much light hits the Flashbender or bounces from the ceiling. If want you can even roll the Flashbender and create a snoot.

The first thing that surprises me after removing the Flashbenders from their packaging are the sizes. As the name indicates the Large and especially the XL version are indeed, rather large. While I would still be comfortable using the Large version on camera, I am not so sure about the XL version. It seems that Rogue intended the Flashbender XL for off camera work and my thought seems to be confirmed by the fact that is referred to as XL Pro Lighting System. This means that it is only sold with additional accessories to convert the XL in a softbox. 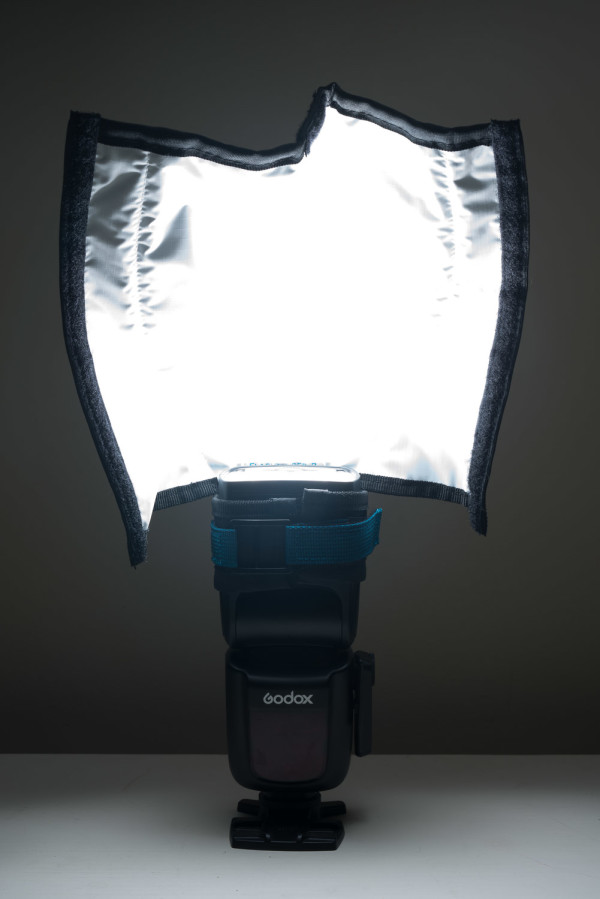 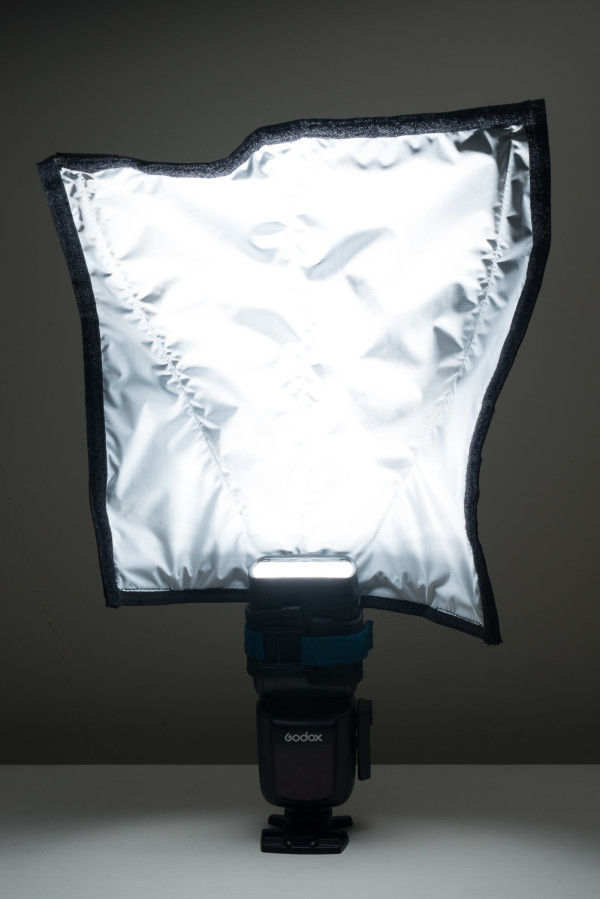 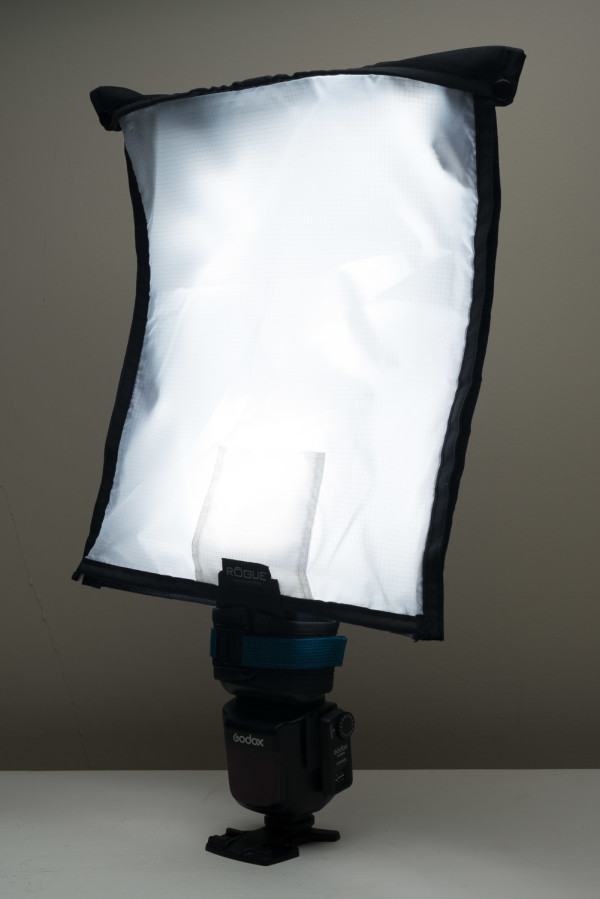 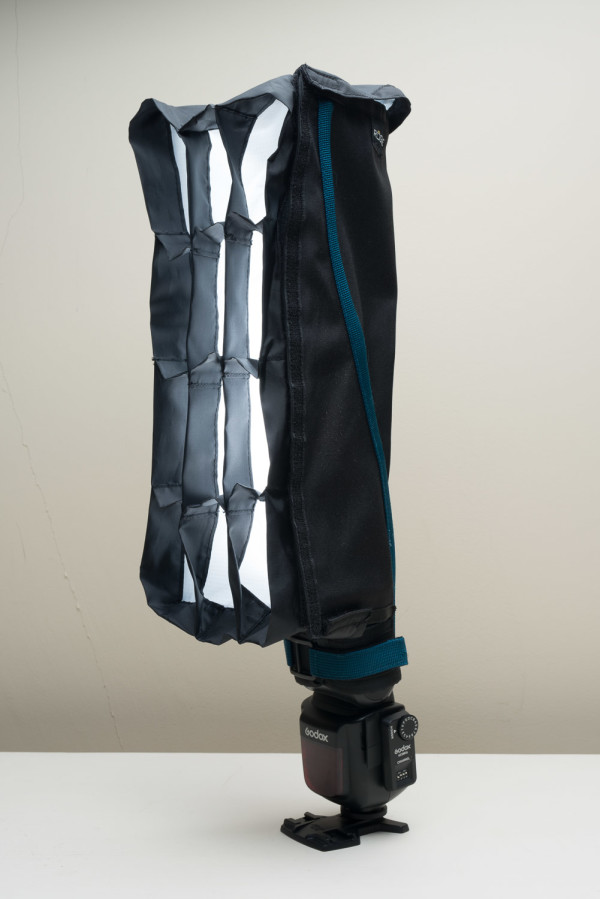 Two accessories are supplied with the XL Pro: the Strip Grid Attachment and the Soft Box Diffuser Attachment, which both can be stored in a small travel bag together with the XL Pro itself. These attachments turn the XL Pro into either a gridded strip light or a small softbox. I like that the bag with the XL Pro and accessories is relatively flat, meaning I can transport it in my laptop compartment of my camera bag. I hardly ever travel with both my laptop and camera in the same bag (due to weight), therefore I can just leave the XL Pro in my camera bag at all times and have it ready when I would need it.

In the introduction I mentioned the way how the Flashbender differentiates itself fromÂ the largeÂ number of flash modifiers out there. It feels very intuitive to bend it into the shape which you think will create the desired light distribution. Once released, the steel coiled wires inside the fabric will hold the shape you just have created. One thing that can be a bit tricky is that you have to visualize the way how the light would travel. Since no speedlight has a real modeling light it is difficult to determine how the shape that you just created influences the light distribution. The same can be said about speedlights used with other modifiers though. 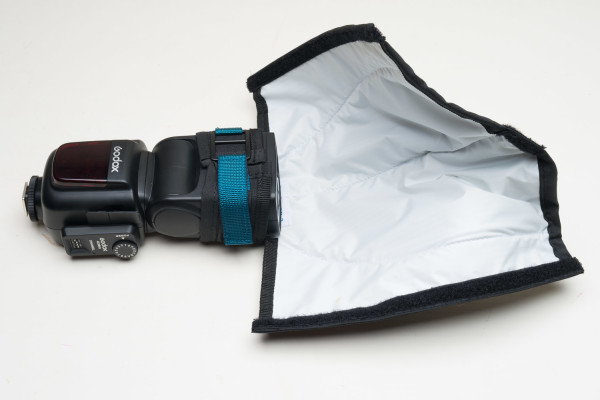 In this new version of the Flashbender the weight was reduced byÂ 30% so it will maintain its shape better thanÂ the older version. Unfortunately I cannot compare it with the older version, but I can tell you that the Large version has no problem maintaining its shape even while moving. The XL version is a little bit less stable, but still acceptable. When you attach one of the accessories to it is much more rigid. Also in this new version of the Flashbender the attachment strap for the speedlight has been redesigned to accept a wider range of flash sizes. 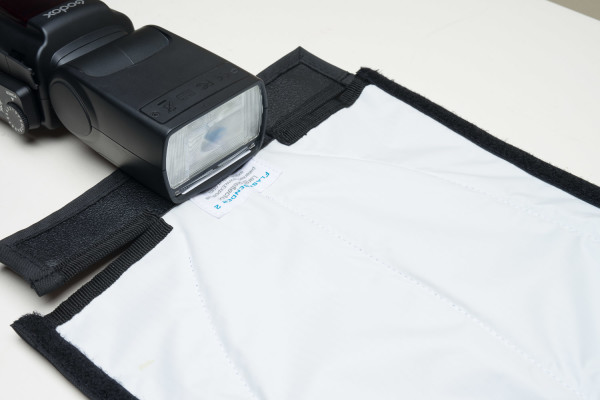 The quality of the stitching and fabrics used in the Flashbenders are excellent. In general the finish and appearance give the feeling of a professional tool, not of a cheap Chinese plastic diffuser. It fits a professional camera very well.

I have used both Flashbenders for a mixture of portraits, product, macro and event work. For on-camera flash the Large version is the largest size I would want to use. The XL version is better suited for off camera applications, especially since the large size and weight puts more strain on the flash head than I am comfortable with.

The first time I used the Flashbender was for some portraits. The effect of both the modifiers is pleasing, but do not expect a miracle. It is still a small light modifier that you cannot compare with real softboxes. Only when you position the XL version with the Strip Light Attachment close to the subject you can get some reasonable light quality, but for anything else than a headshot the light will become rather harsh as I initially expected. Personally I found the effect not soft enough as a main light and used them as hair or rimlight more frequently. Another use that I found for the Flashbender is that you can control spill by rolling them up into a snoot. They work rather well as rim or hairlight.

I would not consider myself as a macro photographer, but for this review I used the Flashbenders for some macro photography. Since the subjects for macro photography are smaller the relative size of the Flashbender becomes much larger, meaning it will give softer light. Because you can bend the shape of the Flashbender you have more control over spill and the direction of light. I really liked working with the Flashbender when shooting macro, since it didn’t add so much extra weight to my setup and it didnâ€™t impact my mobility too much. It is still pretty easy to keep chasing insects while its attached to your flash. I think the Flashbender Large is big enoughÂ for this purpose . Only when you use off-camera flash the XL version is ok to use, but for on camera use it is not stable enough. 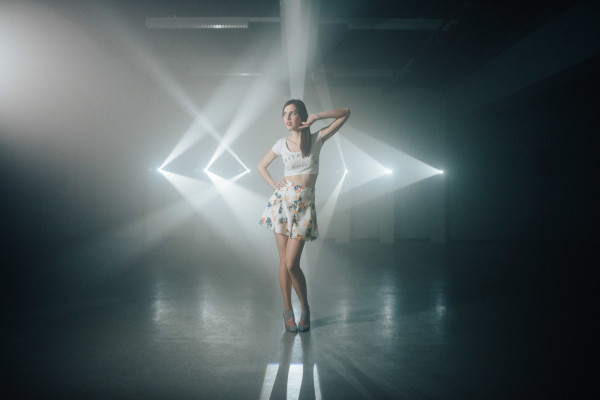 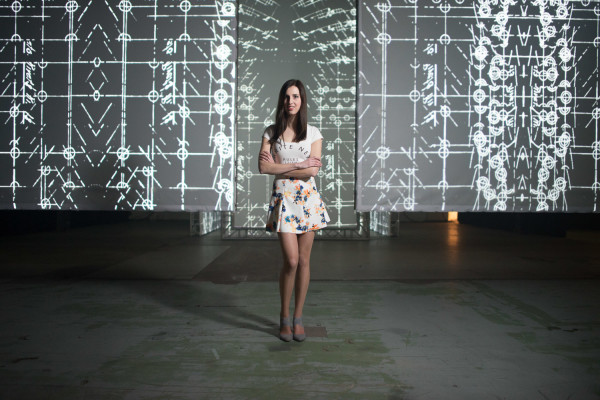 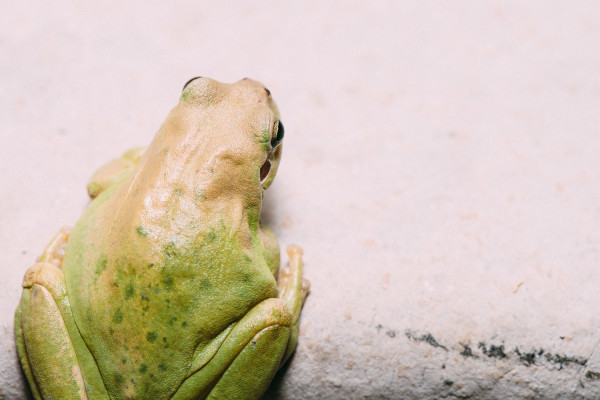 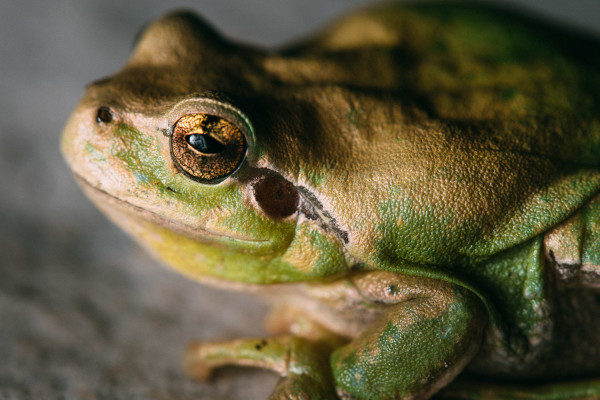 The same thing can be said for event work. For event work it is important that the modifier has a low weight and doesn’t impact your mobility. This is certainly the case for the Large version. It works rather well when used to balance diffused direct flash with bounced flash off the ceiling. In a way it can be seen as a large bounce card. Again the XL version is too big and not stable enough to be used on-camera, but for a flash on a stick it works quite well. During the events where I used the Flashbenders it never occurred that they came undone. The way how they mount to the flash is very secure.

Without a doubt the greatest advantage of these modifiers is their size. Both of them practically live inside my camera bag, meaning that I take them almost everywhere. This way I always have a small softbox to my disposal when I need it. The effect they both can achieve is pretty impressive for such a small modifier and I am happy with the light distribution they achieve. The modifiers do not have significant hot spots when they are bend into the correct shape.

Due to the fact that the Flashbender XL cannot be used as on-camera modifier it should be seen as a mini portable off camera softbox. It certainly does a good job as so, but unfortunately there is too much competition in this field. I found that attaching the stripbox attachment takes quite a lot of time and when you managed to attach it,Â it is not stable enough to be moved all the time. I really did like the small storage size, but it is not a flash modifier that I will be using for commercial work. For macro, product photography or anything else when the subjects are small it is an excellent option to consider, but for portraiture the size of the softbox is too small.

Both the Flashbender Large and XL are excellent products with great build quality. Both of them can be brought easily everywhere due to their small size and low weight. They are the best flash modifiers which mount directly on the flash that I have used until so far. The only remark that IÂ have is that you have to realize that the XL version does have some limitations, but both of them are great products. If you are looking for some small flash modifiers which directly attach to the speedlight this is by far the best option to consider at this moment. 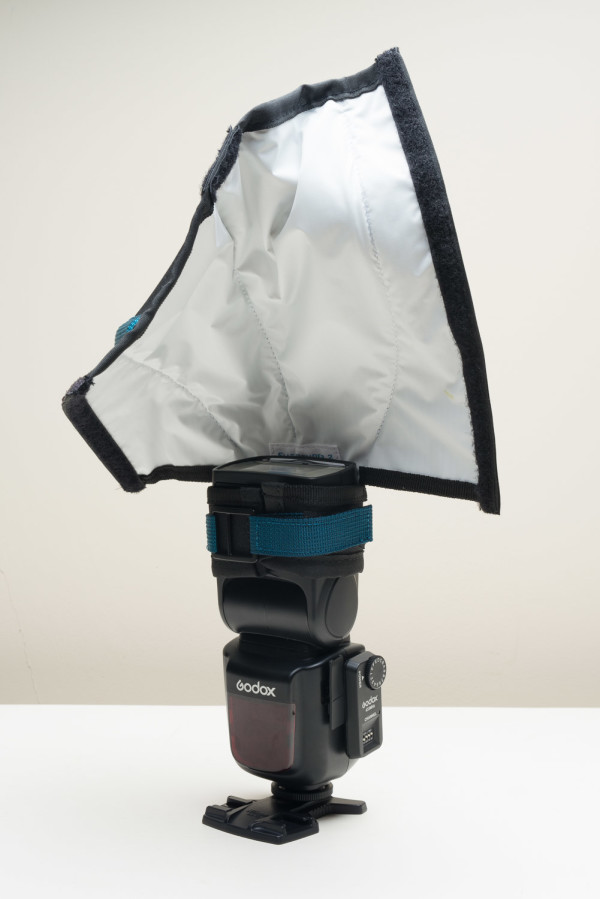 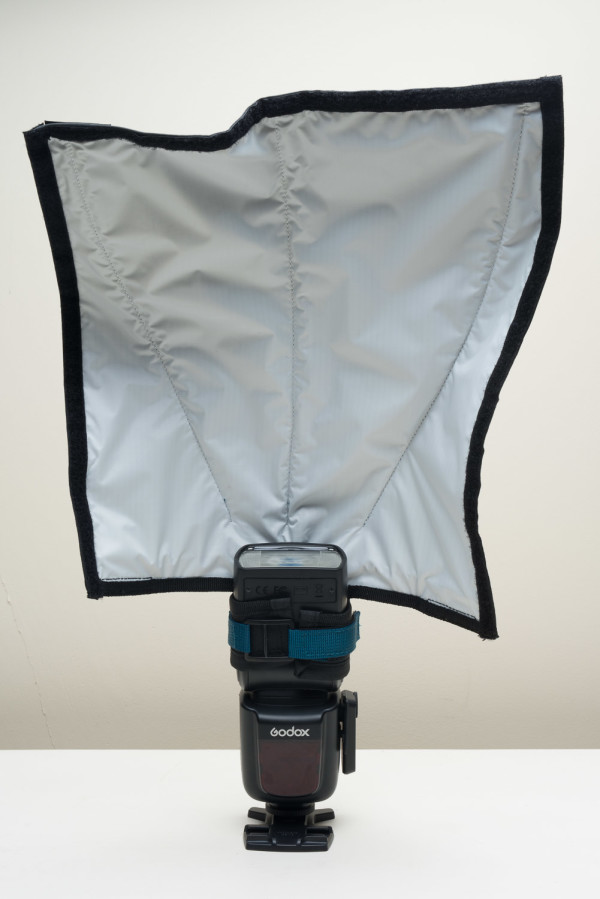