British lighting manufacturer Rotolight has announced that it will integrate Elinchrom’s Skyport Protocol across its range of LED lights.

The first product in the collaboration is the new Rotolight Neo 2, a circular on-camera bi-colour LED which comes with a built-in Skyport wireless receiver.

The Neo 2 offers a ‘flash’ function, which will be brighter than continuous lighting but not nearly as bright as a conventional xenon flash. How bright?

The Neo 2 is powered by six AA batteries, a DC power source or D-tap connector. The technical specs suggest 85,000 full-power flashes from one set of AAs—implying a full-power flash is not all that bright.

“LEDs are 96% more energy efficient compared to tradition tungsten/ xenon bulbs. Hence why there are now replacing lights in your home, your car, etc. If you bought an LED for your house it says on the box 120W â€œequivalentâ€ because it is producing a level of light output people associate with an older 120W bulb, but it only consumes 12W doing so. That is the massive benefit of LED, and that is how we product 85,000 full power 1:1 flashes, on 6 AAs.

“Most of the energy put through a lightbulb (same bulb used in flash) turns into heat, not into light (hence why a lightbulb would burn you hard if you picked it up, hence why legacy flash and speedlites are so inefficient and can only produce 250-400 flashes at full power.

The manufacturer gives a CRI of 96 and the following brightness measurements. 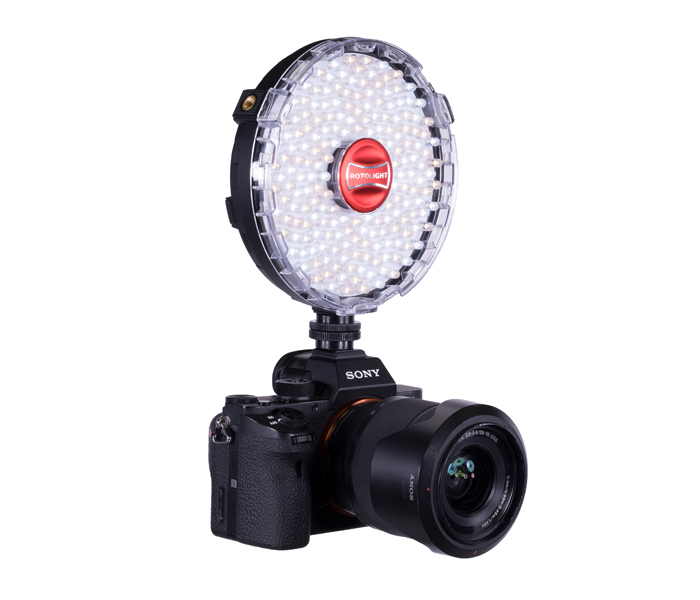 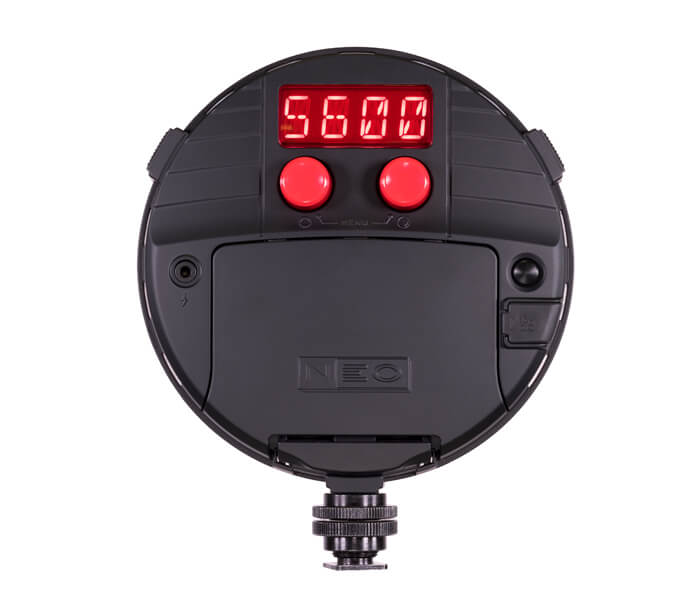 Remote control allows wireless adjustment of colour temperature (3150–6300 Kelvin) and triggering of Rotolight’s CineSFX, a mode which simulates lightning and other effects.

Elinchrom and Rotolight are also claiming “state-of-the-art High Speed Sync wireless triggering technology”. Given that all high-speed sync does is help a flash simulate a continuous light, and LEDs are continuous lights already, there is no magic here: just keep the light on for as long as the shutter is open.

Update: Rotolight has corrected me on this one. Their MD adds:

“There is a lot of magic here, the subject of 4 international patents!

“All traditional flash guns use a system of charging capacitor to give a burst of flash using a legacy Tungsten/Xenon bulb hence, why legacy flash products refer to output in watt second/s (watts is actually a measurement of power consumption, how much power something consumes, it has absolutely no relation to how bright something is, or how much light it actually puts out.

“Rotolight (a British a company with over 29 patents) have developed a unique industry first patented LED driver technology that allows us to deliver a huge increase in flash power by overcharging the LEDs for brief periods of time, without damaging them, and whilst ensuring HSS compatibility (+500% of the maximum continuous light output) without needing to use a capacitor, hence why, we have no recycle time vs a 3â€“4 second recycle time on a typical speedlite which ensures you never miss a shot, a massive benefit to photographers. If it was so simple, why has no one else done it?

As with other LED ‘flashes’, there is no recycle time.

According to the manufacturer, Skyport triggering works over ranges up to 200 metres, at shutter speeds up to 1/8000 second, and supports Canon, Nikon, Sony, Olympus and Panasonic cameras. Fujifilm support is coming in 2018 (that is, when Elinchrom releases a Skyport HS for Fuji).

Should you want to use a different set of flash triggers, the Neo 2 has a standard 3.5mm sync socket.